Tahi: I think I have figured out the details of this ritual
Tahi: here’s what I have conjured
Alex: okay, you’ve almost got it. This is the right Evil Kermit meme, but you have the captions reversed
Tahi: I will restart the ritual and perform it properly this time

Tahi: this magic is interesting
Kiln: do not use its power lightly
Tahi: oh? What are the risks?
Kiln: you might be downvoted

Joey: Wait, the temple is in Antarctica?
Alex: Yup. Found via deep-penetrating radar by special military satellites I, uh, borrowed.
Joey: Part of some vast, under-the-ice city complex?
Alex: Appears so.
Joey: (Glancing at Mette) Yyyeah, I think I’ve heard this story before. It always ends really weird and uncomfortable.

Alex: Joey, I know you’re my friend, and that we are part of a team – even, in some ways, family.
Joey: Well, yeah.
Alex: And I realize social behaviors are instinctive for you, that you just do them casually, without giving them any thought.
Joey: Uh-oh.
Alex: Just trying to say … grooming behavior makes me very uncomfortable.
Joey: (Stops searching Alex’ hair for nits) Godammit.

Alex: if you want to help me “de-bug” that badly, start reading up on Rust’s borrow checker and struct data types
Joey: I have no idea what that means

Alex: huh, the monitoring on Mette has been broken for weeks. Shit, I should fix this
(Hours later)
Alex: jeez, just in time, she’s in a conversation with a flagged hostile
Jillian: (via monitoring) --so then I told her about this new beauty cream I saw on insta, but she said that girl was fake, so I said honey you’re fake, and then she got mad, so then her boyfriend came over, and I told him that she’d kissed–
Alex: (breaks the equipment)

Alex: So how you feeling, big guy?
Joey: What?
Alex: About your whole existential crisis. You know, temples and gorilla bodies and dying and all that?
Joey: Oh. Yeah. Sorry. I’d kinda forgotten.
Alex: Forgotten? We haven’t even rejoined the others yet. It’s been, what, fifteen minutes?
Joey: Feels like it’s been weeks.
Alex: Feels like – wait, are you going all meta on me?
Joey: (Looks at reader) Weeks.

Mette: Where did you get the idea to provoke the eldritch moose?
Roddy: I bull fight all the time!
Roddy, turning to Joey: Hey, ready for some more sparring?

The rest of the team, asked to explain their understanding of technology:

Roddy: Did all the animals in your time look like that moose?
Kiln: Of course not. How ridiculous.
Roddy: Haha of course.
Kiln: Most of them shot out yellow beams of light, not red beams.
Roddy: …oh

Roddy: Were they at least smaller? A bit less… dinosaur sized?
Kiln: Sure there were smaller creatures.
Roddy: Oh good
Kiln: The mosquitoes and other bugs are about the same size as us!
Roddy: …
Kiln: Trust me, you do not want to get bit by one of them. 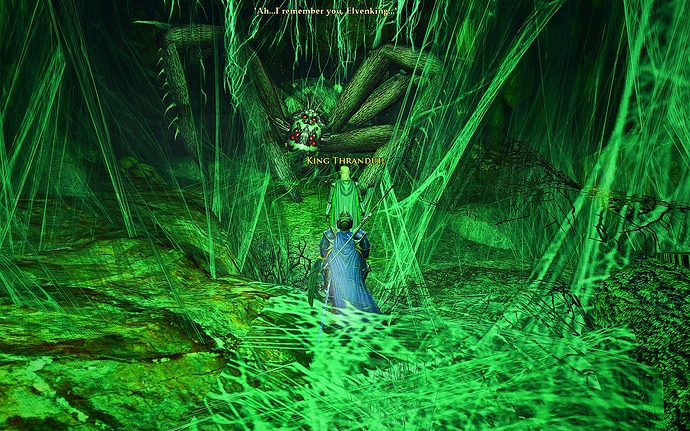 Tahi: My temple is gone. My home for millennia. My sole purpose in life. Reduced to dust.
Tahi: With this gone, I have no reason to go on.
Kiln: Don’t worry. I have an idea to give you purpose again.

Tahi: Hello class, I am your new philosophy professor.

SURGE: I’m still getting the weird energy readings, sir.
Hellbinder: And the mystic winds are … troubled.
Arizella: And you mean to tell me --?
Hellbinder: Definitely from that basement.
Arizella: I tell you, I’ve been down there. There’s nothing strange.
SURGE: Really?
Arizella: Sofas. Desks. Posters. A stuffed three-antlered moose on the wall …

[After being told about Alex destroying the temple with an orbital cannon.]

Roddy: Damn, I just wanted to snipe at her for being rude, I didn’t want her homeless.

(back home)
Alex: I’m such a home-wrecker, tee-hee
Alex: it was hunting season, I’ve got a license and everything
Alex: this could be a good move for you, don’t look so stone-faced
Alex: you know technically, Stag-a-saurus destroyed the place before I ever got there
Alex: what do you think?
Roddy: none of these sound like apologies at all, but I’m also sure Tahi’s going to kill you no matter what you say

Joey: So. Orbital death ray.
Alex: Yup.
Joey: Huh. By the way, we have that mid-term in Mr. Mason’s Chemistry class next Friday, and Stagg Hall is kind of isolated from the rest of the buildings –
Alex: Nope.

Alex: I might have to disappear soon
Roddy: AEGIS business?
Kiln: going on a sacred hunt?
Alex: I’m on hour 496 of my 500-hour energy drink and the crash is gonna hit hard

Kiln: I received this note from a girl. She wishes to meet me behind the school. Is this a letter of challenge? Should I arm myself?
Alex: for someone who’s so dated, you’re pretty bad about dating