Addressing the Love Letters to the players …

“Scanning Pneuma provided enough emotional inoculation/shock for your Concordance shard to come out of its coma. It has taken the measure of humanity, seen its own failure in not guiding you “properly”, and must Take Steps. Shift Danger up, Mundane down, and buckle up.”

She’s a brighter scan, more pure than humans, esp. with the traumatic experience she’s just been through.

“There’s no way Sablestar is completely out of the picture, which is both bad and good. Bad because she’ll be back, but good because it seems like she’s the only person who can really help you learn more about your powers. Maybe. That seems like a bad idea, but so does everything else right now. What’s one weakness you’ve encountered with the Concordance powers that imitating Sablestar will let you ignore?”

Concord gets screwed when he gets scared – falling! – but SableStar has gravity powers, which can proxy for flight. She was awfully gleeful at causing chaos … so Adam will have to emulate that childlike, gleeful disregard for consequences to use the gravity powers. And glee doesn’t fall within the Concordance spectrum.

“It seems like a lot of the “getting credit” and “social” parts of this gig are staged in places Otto can’t fit - how did you make the press conference accessible to him, and how was he recognized for everything he’s been doing for you and the team?”

Uses a comm system. Introduces the Car Robot who saved all those civilians under Shatterstar … and a panel guest at next Halcyanimecon.

“You had a hell of a time during the press conference. There was a little girl out in the crowd who kept poking her head around various reporters and pulling faces at you and the rest of the team. It looked EXACTLY like Alycia - the Alycia you first met during your earliest adventures with your Dad. No one else seems to have noticed her.”
_
Jason is shaken, Link is angry, Adam is shook and 12 … so Harry is being the face guy more.

1260×560
Harry sees Jason lose his crap up on stage. He uses his influence recklessly on Jason to talk him down (“Snap out of it, don’t drag the team down because you’re hallucinating your girlfriend.”)

Jason feels Afraid and Guilty for letting the team down.

_“Your frank honesty put the reporters off balance and even got a few laughs. This is going to go over especially well with the kids at school, but definitely not the family.”
_
Harry throws in a few jokes – including making fun of his dad’s favorite speedster joke (“winning streak”) to get a laugh. Dad can’t really criticize … even if he talks about “professional behavior” and the like.

_“You take one afternoon to do some more research into Pandemonium and the Boys get themselves in so much trouble. You have to hope it was worth it, for both them and you. The paranormal section of the Halcyon City library (whose librarian seemed to expect you) is both impressive and slightly terrifying. Your research (well, really, your curiosity) led you to the genealogy and history wings as well. At some point during the day, you pieced together something troubling either about your paranormal origins and the history of your family. Helpful, either way, but troubling. Which was it about? What clue did you learn?”
_ 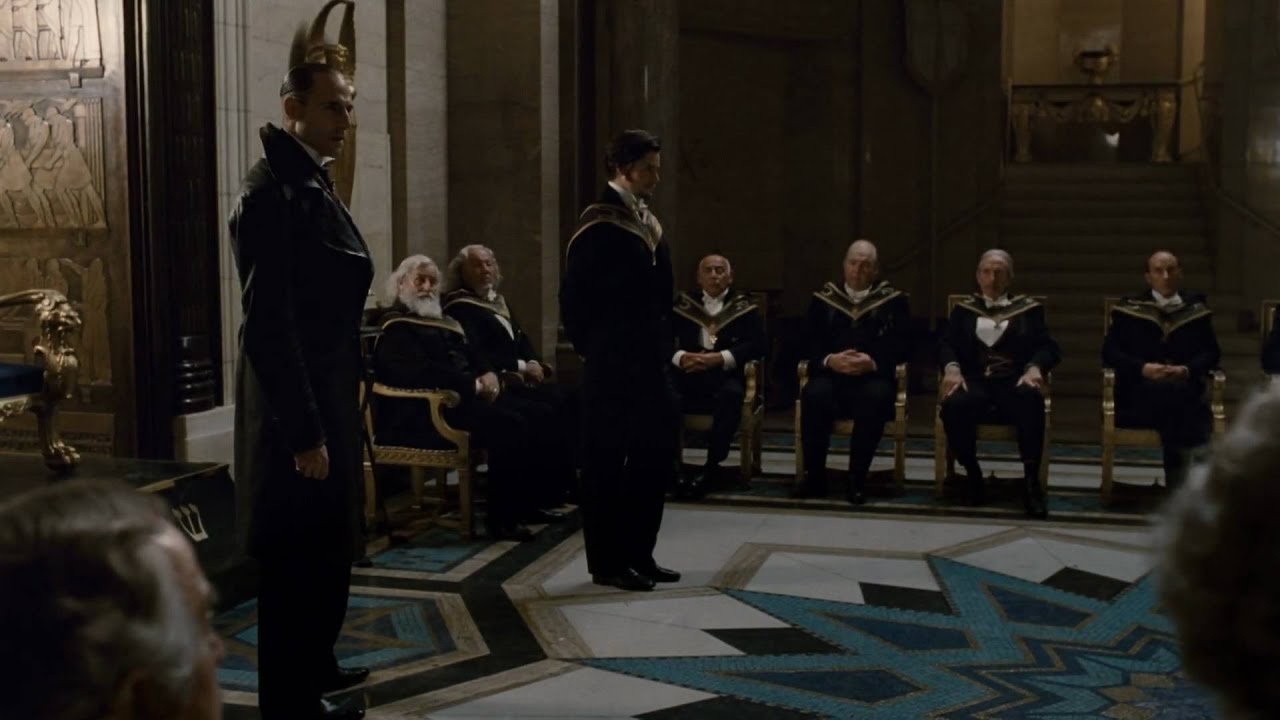 1280×720
Her father was part of a very selective secret society (5-8 people over time) involved in magic. Was it real magic, or an excuse for bad behavior? (His horse’s name referred to by historians as a personage.) 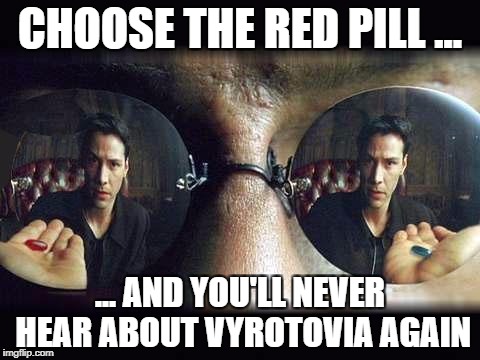 [Prior to the last few years, “Vyortovia” is mentioned only by name, not by any action. And all the dead people of the past don’t know anything about the name, either.]

The press conference is just kind of adult babbling. But you’re finding yourself thinking harsher thoughts about it. And you realize that they’re not really your own internal monologue voice … flatter … disdainful … Adam is trying to look profound and adult. “No, you shouldn’t be besmirching yourself with this farce, this travesty of interaction with fellow sentients, a series of deceits …”

Adam’s response is … other people are talking, don’t want to interrupt, trying to shut it all out. “This is a deceit.” “I KNOW!” And suddenly hyper-aware, and vanishes.

Harry: Sorry, his mom texted him, he had to go.
Reporter: Are you saying he’s younger than you? Where does he go to school? Is he a he?
Harry: I’ve got school tomorrow, too.

AEGIS rep is not happy about how this has turned into a review of all the stuff that the Menagerie has been involved in.

Li’l Alycia scampers away. Jason does not pursue (so that the team doesn’t look bad.)

_“Agent Waters took you aside after the press conference, with some advice you **really** didn’t expect. What piece of advice or clue about one of the team’s myriad concerns did Waters secretly share, and what if anything did he ask in return?”
_
“Your Dad never really got along well with AEGIS. Can’t say as I ever blamed him. I might be able to share some of the AEGIS files we collected about him, if it would help bridge the gap between your team and mine. And, in return, of course, if there were anything going on with your people that AEGIS, or even I, should know about, you’d let me know, right?”

“Specifically, some video footage of what took place in Washington. And I wouldn’t mind hearing your insight about it.”

Jason asks for video info on the press conference. Waters offers to have one of his people assist.

Into a “production booth” monitoring room – big screens showing the room. Nobody is in the room. Waters: “Hello.”
Highly modulated, masked voice. “I’m right here, Agent Waters.” The voice is “working from home.”
Waters doesn’t seem concerned about that part, more that he expects a person to be there.
Agent 1337 (“It was assigned by somebody else. I am not that lame.”).

Look at the video conference. Pic of the landing. Not pleased by his own performance. Points out from that time-stamp … shot of the reporter in blue pantsuit. Various angles. Ceiling, small cams, main room cams. Facial scan / computer recognition.

No sign of Li’l Alycia. Tries to assess. Can’t see anything.

The voice says to look there (pings the image). Zooms in … and can see pixelation in the image – digital mask – EM distortion – all the video frames it’s showing up … 1337’s system paints a red cloud for the alterations. Not showing up in the same place when we landed, when the red cloud is around … Jason. (Hopeless! since powers are unleashing themselves.)

“You know what, kid … I’ll courier that video over. Just talk to me first after you watch it.” Walks him out.

… shows up in the TV room, to the squawking surprise of both his parents.

Concord tries to go back to Adam. The Concordance doesn’t want to.

And little sister is coming in, even as Mom is trying to shoosh him away …

Adam takes a couple of conditions … bawling his eyes out, and can feel the entity flinch back from the flood of internal emotions, like the danish it was just handed has erupted with baby spiders. And suddenly there is no Concord, only Adam.

This is more a curiosity … secret societies …

Recognize the nicknames from two of Dad’s friends.

(Next time will … try to find someone from the graveyard specifically from her own time period.)

Agent Waters comes by, gives you a congrats on the press conference. Everyone else has headed out.

Decides to let Jason, who is shaken up, to have his space. Heads over to the Mall.

Link is doing something … and texts Agent Waters about it. Tearing down his house. Rossum stuff back to AEGIS. Other stuff … will slag into the foundry. 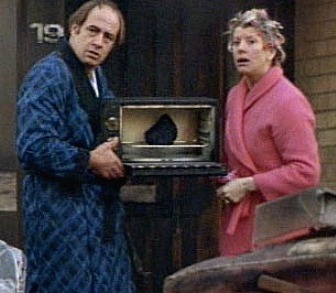 While doing that. Pneuma: “I just got a message from my other me. We’ve been running a data compare before the zipper merge, and there’s a discrepancy.” Screen shot of two lines of audio (as an image), with a 5 minute patch of memory in the memory blocks for the Pneuma-in-her-body. But not when they were apart, but randomly located three or four months ago (nothing at that time); not only does it not match the AI Pneuma’s info, but it doesn’t even look like the memories on either side of it. There’s something there, though.
Link: Will examine it … soon.

Link texts the team: “Does anyone have a couch I can surf on?”
Harry texts back okay if willing to put up with parents.

While we resolve the memory conflict, I think Doyce had also mentioned having holographic Pneuma talk with Ghost Girl over coffee. If Margie and Doyce are game, I’d love to see that as a scene for next time. Leo will probably take Harry up on his offer of couch space as well. Harry in particular can help Leo in a big way with his next robotics project. And it starts with a question nobody should ever say no to: “hey, do you want to build a LEGO dinosaur with me?” 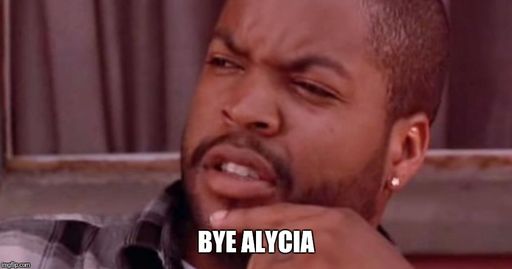 Going into the next session with confidence that everything will work out.

Well, in at least one instance, the question wasn’t “did it happen” but “did the Quill AIs notice it and tell you about it?”

Not the same thing at all.

Going into the next session with confidence that everything will work out. 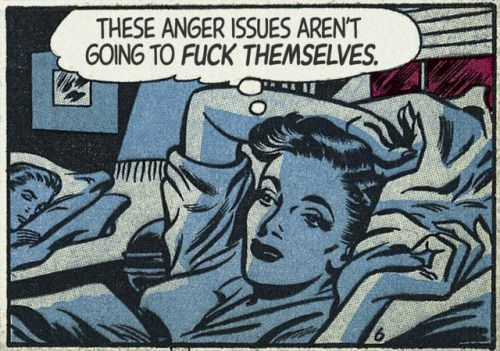