At which point he Took a Powerful Blow and rolled a 10. And started attacking the tree Kiln is on.

Alex: Eyes. Also drones. Be aware that the first crazy thing that happens is Joe. But … can see … what? … the forest flinches back from where we are, then leans back in … reaching? Chesting for dominance …

Kiln: There was a thing that used to be unleashed by Fluvis upon the battlefields, designed to be devastating to groups … a lone person would charge it to fight it away from everyone else. And Kiln knows it is coming toward them, a wake stirring a quarter mile distant.

Sync: Joe may do himself personal harm because not paying attention, and some of the forest sentinels are starting to topple. Guide him? But slivers and shards of wood everywhere, and he and Mette is right in the blast zone …
–> Helps Mette, because that’s what his buddy Joe would do.

Roddy - Savior roll - runs right at Mette, no time to explain, just go with it, Grab her, deke and dive through the debris, occasionally grabbing a rock to knock a bit of debris, stopping dead to avoid being at an intersection point.
Absurd levels of chaos amidst precision of choreography.

Mette’s first impulse (within the realm of not diving directly into the buzz saw) is to try and save Joe from himself – grav control over some of the debris he might be endangered by? No, will try to shout something to intervene.
Superior --? 13! “Joe, help!” (stop)

Joe:
Rage against the Danger (and Fear)
Wanton destruction ends, shift from blind rage to blinkered rage … shake, look, squint, launches himself off a fallen tree, toward the person menacing Mette!

Kiln: Is going to try to lead away, calling out to Alex to join them. 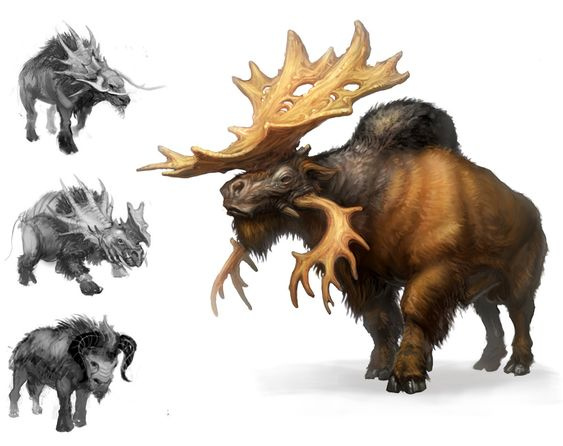 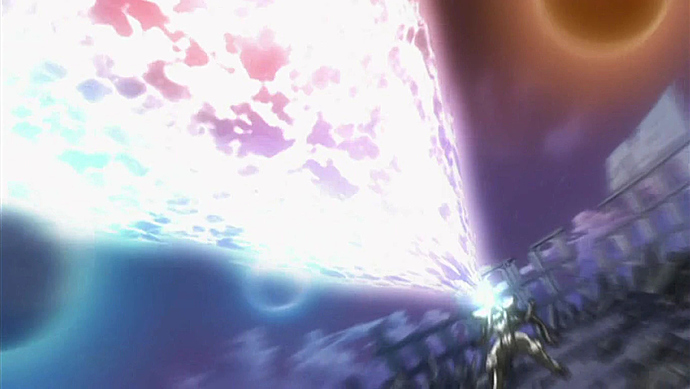 (Flashback: was tag teaming something like this, Kiln dodged and evaded successfully, the other person didn’t. Was back during training, a fellow trainee. Take a Powerful Blow!)
(1 … (Honor and Death, -2) … Potential … Remember the words of their captain who trained the them, what they said, “As long as there’s one one of us standing, we can continue to carry on and make sure it doesn’t happen to anyone else and take the bastards down!”)

Alex: Lose a couple of drones. No problem. Trying to Assess the Sitch. Can see it doing the blast from its horns.
Creature – truly necrotic, impressive, crazy.
Assess the Sitch --> 12!

Mette: Defend Roddy?
Assess: 21st Century Studies of this moment … 8!
1 Q - How can we best end this quickly? Scold Joe! (+1 Forward)
What the Future Knows of This Moment: Around this point, there was a multi-national crisis that arose that required drastic measures by the super-endowed community … and it was that required time of desperate measures that led to the rise of the extremism that led to an AI revolution [I think]
Provoke: Joe, focus! Listen to Alex! --> 11!
Joe aborts his attack, lands, looks kind of abashed.
Yeah, man, don’t worry, I just did what I thought you would do.

Joe: Tries to throw Roddy off in the right direction.

Alex is trying to get everyone, including Kiln, to back off as designed.
Emphasizes that the thing is not fully working right.

Kiln gets the right info from what Alex says – the thing is blind. Continue to run interference until the others get away, and a better position to take it down. (Take a condition for not complying) --> Guilty

Mette: Will climb to upper trees, watching over others.

Alex: Directing the drones, sprinting as quietly as they can.
Drones clustering around. On battery power. Leading on a merry chase.
Creature does an AOE energy burst around it (digging a massive crater).

Roddy - Flying in an arc. Even in the right direction. Except …
The trees are moving to intercept him. Strangler figs.
Unleash Your Powers --> 7!
Flip around over branches like a gymnist, 3-pt landing …
Overcome obstacle …
… but only a temporary mistake. Vegetation is still moving in.

Alex: Remixed audio blasting from drones.
Kiln: Pursuing on a parallel.
Roddy: Plants approaching the branch he’s sitting on. And behind …
… Mette and Joe approaching.

Alex has a plan to find Gnega again - the golem dude who we talked to in the temple at the museum. @fragolakat please feel free to let me know what you think, even/especially if that’s “nah I don’t care about this”.

Why? Alex feels like Kiln could probably use someone from their own time to talk to.

How? Alex is running a search program called PENGO that will scour news sites and other intel sources for mentions of a “rock creature” or anything else matching Gnega’s description. If the program plots a particular region where Gnega operates, or a direction Gnega is going, Alex can try to get ahead of him.

What happens if we find him? Doyce had Gnega bail on us last time, and I recall one of the mentioned reasons was that he wasn’t sure what Gnega might do while hanging around the party all the time.

I suspect that AEGIS would want to dissect, study, or at least isolate Gnega, and Alex does not want that to happen. So they’d have to arrange some kind of covert hangout - Gnega doesn’t become a permanent companion (unless James wants to go in that direction), but can be around for RP purposes.

How long might this take? As usual, Alex’s search programs are just vehicles for putting plot on the table, and that can happen any time.

What else can we do with this?