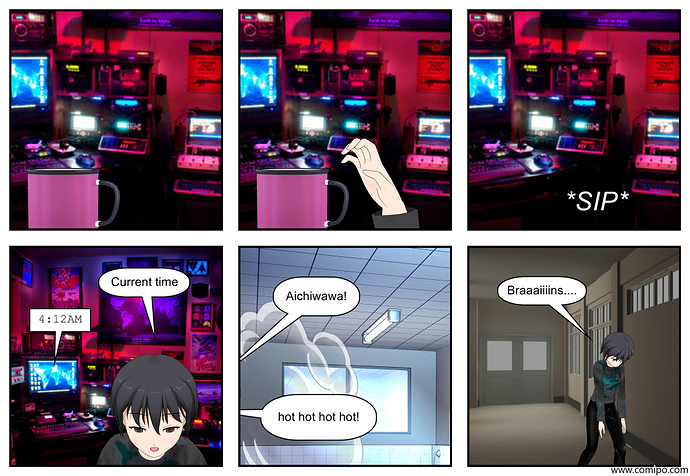 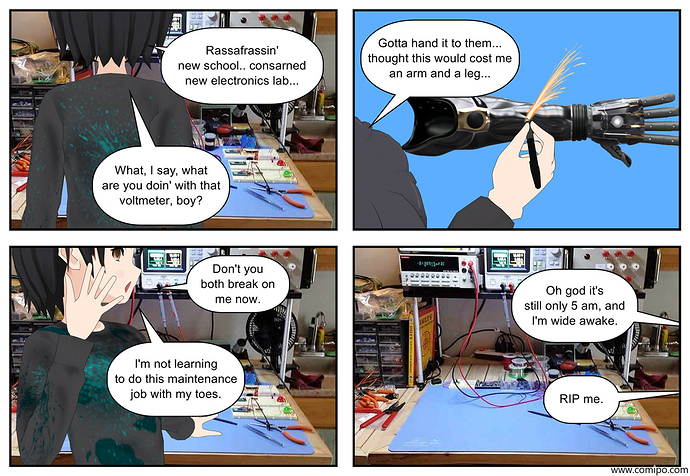 What’s wrong with doing maintenance work with your toes? 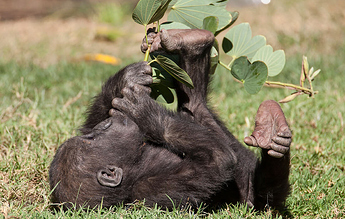 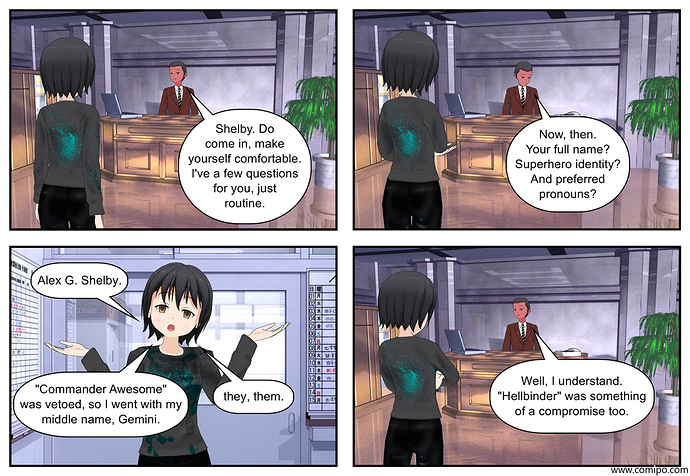 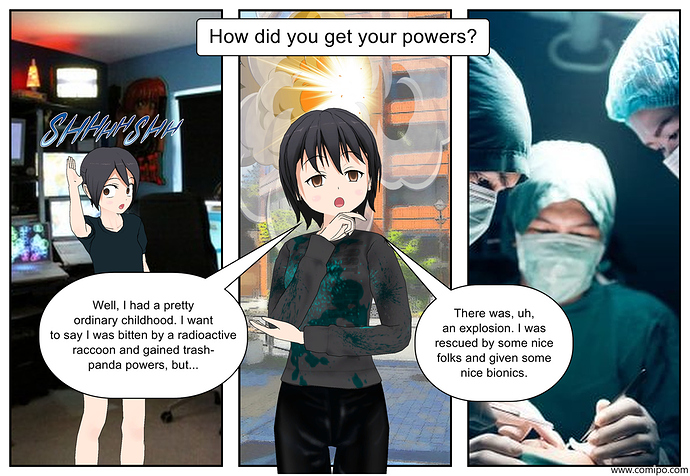 I know where my vote is. 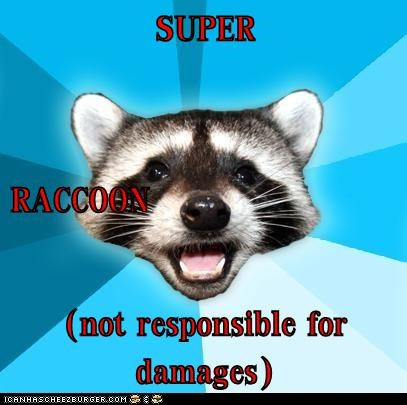 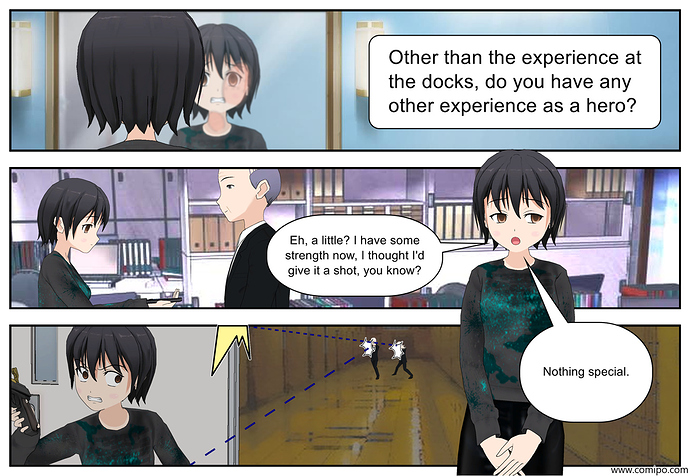 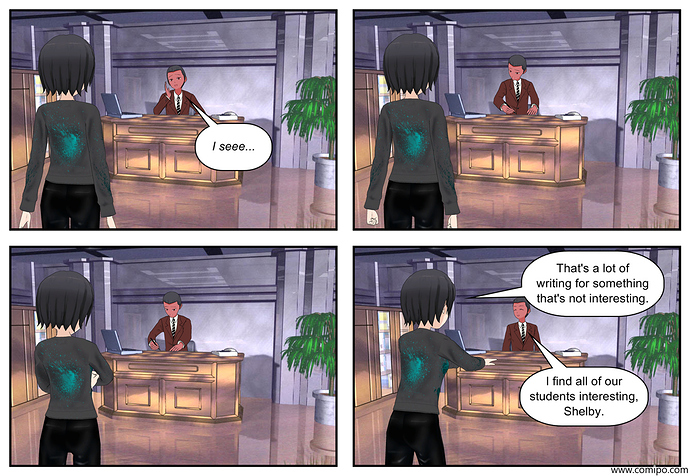 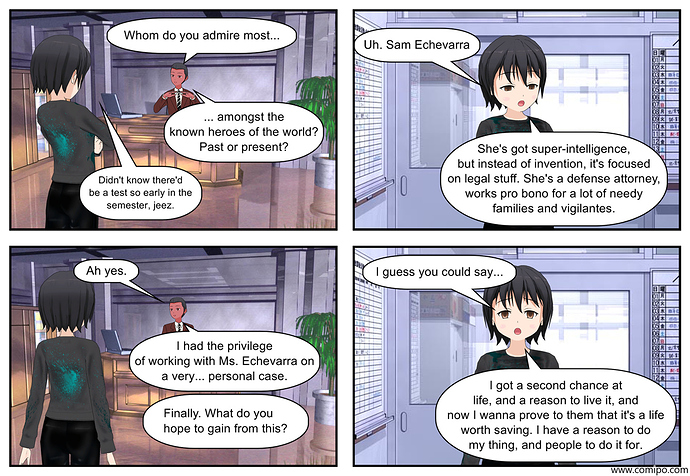 Sam Echevarra is a character type I always wanted to see appear in a supers game - someone you know would be there, but someone we don’t really see a lot of. There’s comic heroes (She-Hulk, Daredevil) who have “lawyer” as their day job, but I wanted someone whose powers could directly be applied to that job.

For Masks, I also think a character like Sam has lots of potential. Did the PCs fuck up? Here’s someone who can help get the charges dropped, but we’re now beholden to her for a “favor” (maybe to help on another case, maybe just to behave) and she is very well positioned to drop a lot of label shifts on us.

And that was the last panel of this particular story! That answers all the questions I saw Hellbinder asking, and hopefully establishes Alex as a character a little better.

This great, Bill. The panel layouts are really nice. Are you doing most of the heavy lifting there, or did the anime app get a face-lift?

The app does the hard work but still has significant limits on what I can depict, so I end up doing a lot of hacky workarounds that people hopefully never notice.

Alas, it looks like Plotagon has gone to a subscription model so, even if they had gorilla heads, I’ll have to pass on that particular toy this go-around.

ComiPo also lacks gorilla models, unfortunately. I can import custom 3D objects, but I can’t find any that are (a) small enough to pass the size limit and (b) don’t cost $799.

The app does the hard work but still has significant limits on what I can depict, so I end up doing a lot of hacky workarounds that people hopefully never notice.

If I had to guess about these hacky workarounds… (Sorry, I feel compelled to see what my trained eye can find.)

I look forward to your creative solution.

(“Why is Joe always talking from off-panel?”)

Honestly, I probably won’t do group comics if I have to compromise on Joe. I had enough frustration leaving Otto as clipart and he was a supporting character. But I’ll keep looking.

Yeah, I added one of the standard “injury headbump” overlays that ComiPo provides, then dialed the transparency and blur way up to mask how cartoonish it was. The alignment to the face wasn’t perfect, and I didn’t feel like taking the time to make a perfect match. The reflection in the mirror is also slightly transparent and blurred.

Nope! The software wants you to use panels but lets you add stuff outside them, so I took advantage of that.

the gunmen’s muzzle flash might be repurposed dialogue balloons

It’s not - there’s standard impact and explosion overlays and I used those. What’s clumsy is positioning someone as though they’re shooting a gun, so I used the muzzle flash to mask that.

I would truly hate to see that limitation based on that. I’m fine, if you are otherwise inspired, with Joe’s word bubble coming from the side (or side-above).