A trip. Into the field.

Going in places with lots of people. And lots of fragile artifacts and stuff.

This is such a bad idea.

I didn’t have to go. Lot of other kids opted out, though they end up with some sort of study hall thing which yuck.

But … do I really want to go to the Halcyon City Museum?

I can remember going a few times, growing up. A field trip or two, yeah. Some time with the 'rents, back when they were still alive. “Cultural enrichment” and “botanical samples to die for” and “some excellent exhibits of archaeological artifacts” and, not really said out loud, “Hey, Joey, we miss you and we don’t know how to treat you like a normal kid because we’re out of country so much so let’s compromise and go to a museum.”

I never liked all the plants and archaeology and ancient stuff, which is what the 'rents wanted to show me because, that’s the stuff they worked with, or thought was cool when they would go on research trips abroad, so I should think was cool. I always liked the supers wing – guys that can fly, gals that can breathe fire. Cast-Iron Man, the Exemplars, Silver Streak and the whole Swift family (a whole family!) …

It’s like magic. Like fairy tales come alive. Stuff I liked to read back in the day.

Now I don’t read a lot, for one thing. Just kind of tough to do. But that’s okay. The Qable remote has voice control. Lots of things I can watch.

But the main thing is … now I’ve got something some people would call super-powers. So does that mean I’m an exhibit? Or, like, a cautionary tale? Should I be on display, instead of reading the displays?

I wouldn’t say anybody in class should be in an exhibit. Anyone else, that is. Not even Roddy, funny as that might be. And really not – well, some folk, really not funny.

So why do I keep thinking someone’s gonna say to me, “Oh, excuse me sir, this way, through this door, now, yes, you’ll go fine in plexiglass … um, yes, put him in spot 12, between the decommissioned EightBall and the Giant Penny”? Why me?

Because I’m a freak. And people are either scared of me, or angry with me, or challenging me, or think I’m funny. But that’s them seeing the me on the outside. They don’t see the me in here.

Anyway, I’m not sure how I’m gonna feel going to the museum like I am now. Glad I’ll be there with the others from the class.

But I’m also not big on the going out in public, in general. I know I need to get over that. But in the meantime …

I mean, here’s what happens.

Some people see me and get scared. Like grab the children scared. Like cross the street, go into a building, run in front of a car scared. I mean, this is Halcyon City, but still, people get scared. Giant gorilla. I get it.

Some people see me and thing I look soooooo cute! They want to take a picture of me. Or a picture with me. Some of these are the same people who walk up to a moose and take a selfie with it. They see me like that moose – a big stuffed animal. Harmless, but not in a good way. And it’s as stoopid a reaction as thinking I’m a big scary gorilla out to eat their heads.

Some people see me and get all, hey, watch this, gonna impress the guys / girlfriend, stand up to the giant monkey. They try to pick a fight because, again, they think if I’m not a deadly monsters, I must be a pushover.

Some people pointedly do not stare.

And there’s this one time this woman came up and it took me a bit until I realized she was hitting on me, but not because she knew me but because she thought it was … I dunno, kinky? Like the cute stuffed gorilla, only as a sex toy. Harmless, or maybe dangerous and that’s what she – yeah, whatevs, not my bag. I mean, not like I don’t have a sex drive or something, not that I have like all that much experience or anything, but … that just felt wrong. And not just cause she was like in her 20s and I’m really like 16, you know?

I mean, I don’t expect that to happen at the museum, jeez, or maybe any of those things. But I haven’t gone out that much since the thing in Africa – out from where Dr. Quill got me a place to stay, or from the Foundation where he still examines me, or interviews with AEGIS, or, now, from Phoenix Academy. Not a lot of times in the last year, and one of those turned into an actual hero adventure thing – but I’ve seen all those reactions in those few times, and in that short time.

So I’m glad I get to go, if I gotta go, with folk from my Home Room. And most of my team, except Roddy who called in sick, which, hope he feels better but maybe just as well he’s not there cause the guy can be a pain.

Maybe I’ll get a chance to talk with Mette. We haven’t really talked since that thing at the gym. She probably doesn’t want to – she had to actually protect people, other kids, from me, or the damage I did, which was so stupid, even if I was doing it for the right reasons no matter what Sarge said.

Except on the bus I’m off in one of the XXL seats in the back, and she’s sitting further up with Aliud, and Kiln is sitting with Chris talking about types of butter and Alex is way up front chatting up Prof. Fryth and watching everyone else. Which is kind of creepy, but I’m doing it, too.

This is going to be a long trip.

A lot of the archaeology stuff at the Halcyon Museum (full name is the Halcyon City Museum for the Presevation and Advancement of Fine Arts and Works, and Dad said it was founded in 1870-something by a guy named Lincoln and that the city fathers refused to name it after him because North Carolina, so his bequest required that it never be named after anyone, so there) is stuff from the locals – Native Americans, Colonial stuff, but they have some stuff from the normal places, Greece and Egypt and Rome, and a Far East room, and even some alien archaeology stuff brought back by various metas who went to other planets. One of the rich dudes who supported the museum in the 1970s was all big on stuff from the Pacific Rim, especially anything he thought was from Lemuria, which is like Atlantis only it was, maybe, real, and was on the other side of the planet.

So we’re in the last big room before we’re supposed to be at this demo of something in the new Rook Amphitheater they opened a couple years back, the one with actual holographic projectors in the middle that means everything looks real rather than being up on a screen. But we’re running behind because Fryth has to comment on everything, even some stuff I think he’s probably wrong about from stuff my 'rents would tell me.

Other kids on the team are doing okay at that point. I haven’t had a chance to talk with Mette. Well, I have had a chance, but there was always something wrong with that moment – she was reading something and I didn’t want to interrupt, or there were people nearby, or I felt sick to my stomach or something. But she’s seems kind of interesting about everything, and I don’t think they have places like this where she’s from.

Alex had to leave their backpack on the bus, but they’re still watching everyone and everything, and really kinda sticking close to Fryth, which is weird, but kinda Alex, too.

So Kiln is, like, actually from the past, and this last room, with the Lemuria stuff is, like, maybe when they’re from? I’m never quite clear on that. But it’s a cool room because like two-thirds of it actually has a temple inside it from somewhere on the Pacific Rim (I didn’t hear which country) that Kiln looks really interested in so maybe it’s some place they went to or knew about or helped build or something?

Anyway, Fryth is like seriously not impressed, cause he’s got this mad-on at Kiln after Kiln corrected him on some stuff because he was there at the time. So after the guide talks about this cool temple thing and how there’s metal strips running along it like circuitry, Fryth gets all, “Yeah, cool decor, very pretty, but definitely not technology, just metalworkers trying to show off their primitive skills.” All the while, I can see this vein in Kiln neck kinda twitching, and I can smell his frustration, and all the while I think Fryth knows which is why he’s being a dick.

As soon as Fryth lets him get a word in edgewise, the museum guide is trying to get us all moving over into the amphitheater for the presentation which we’re now late for thanks Professor Fryth. I’m letting the other kids get past me because I take up most of a doorway, and looking at these little ivory doodads in this one table all in the shapes of animals and bunnies and like that when I hear something.

Part of it is just this weird noise, like rock grinding together, a bass sound so low I almost feel it in my teeth as much as hear it.

Part of it is it sounds so familiar. But I can’t think of from where, or why, just this big deja vu flash that has my hair on end, so strong and so frustratingly obscure I was almost blind trying to figure out not just what I’m seeing but to actually see what I’m remembering.

Kiln is up next to the temple, his hand on this doohicky that does not look like a light switch, but the whole temple around him is lit up. It wasn’t like museum spotlights and downlights and stuff – that was all still there. Instead, the stones themselves are engraved with light, pulsing up and down them. It looks a little like a printed circuit, yeah, but some of the patterns looked like writing, or some sort of art design, and it was asymmetrical but it was all part of something bigger that was getting brighter and almost looked like something I– 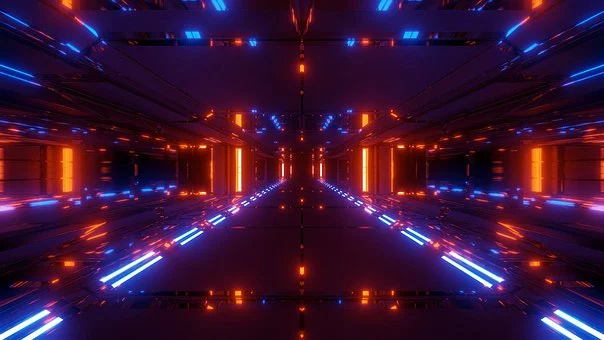 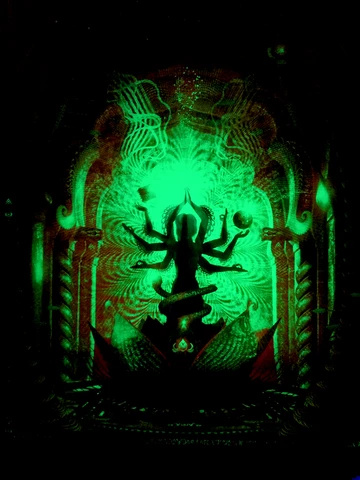 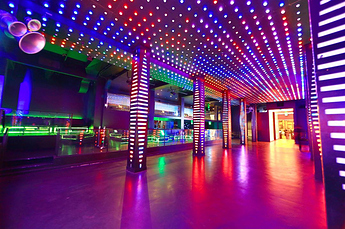 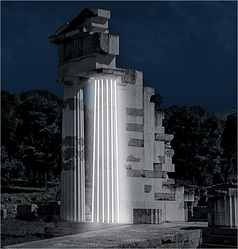 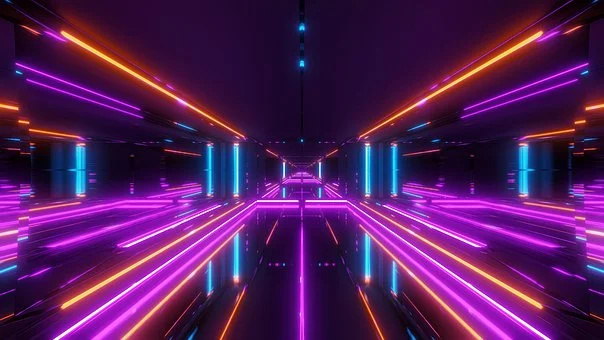 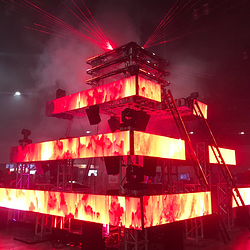 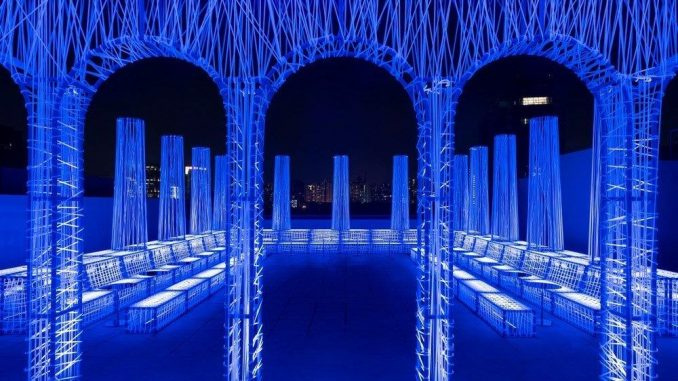 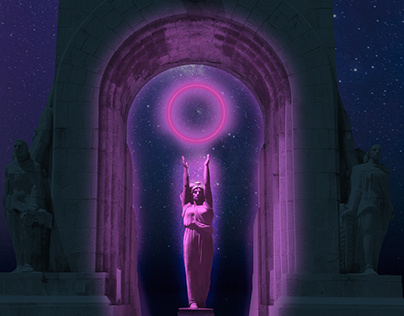 And then if flickered like an old fluorescent tube, and went out.

Kiln shook their head, sadly. “I don’t think so. I – when they took the temple apart and put it together, it damaged the circuitry. The stone tried to realign itself, but it’s too broken, and the power’s been --”

Chris said, “So cool. I wish had my camera.”

At that point, Fryth sticks his head back in the room and says, “If you young folk could stick with the program, we’d all be quite obliged. We’re already late for the amphitheater show, thank you.”

Wow. I hate to think what intergalactic artifact repatriation is like.

Wow. I hate to think what intergalactic artifact repatriation is like.