How is Alex’s hacking reflected in their Soldier moves?

So this is the part where I explain how to disappear in plain sight. It requires surveillance cameras and the right software, of course.

There’s this thing called a sight line. If you can draw a line from me to your eye, you can see me. If you can’t, then you can’t. Computers use sight lines all the time to render 3D. Every time you’ve used any kind of ray-tracing, like in any kind of modern video game, that was a computer figuring out, in real time, who can see what. 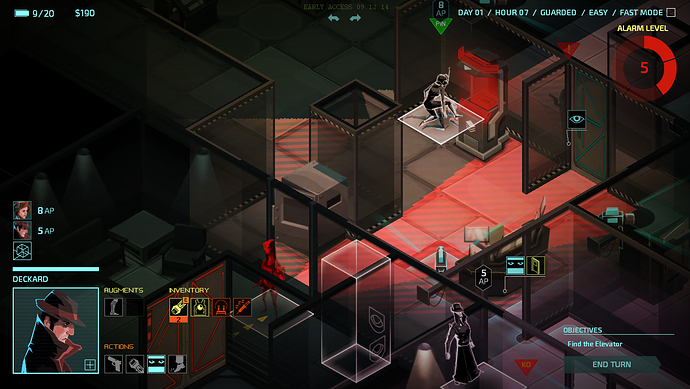 That’s how, for example, I get the drop on a dude who’s just standing on top of a bunch of stuff, and push him into the path of his pal’s blaster beams. Which, by the way, I can predict, 'cause I can see where he’s looking. People target with their eyes. Watch the eyes and you know where the attack is going to land, generally.

Generally. That’s the problem right there. See, sometimes my software isn’t smart enough - no, really, I’m serious! - to figure out what I want to do. And then, well, a couple of classmates get hosed down by my target’s glue gun. The software just knows “hey, show the places Alex can hide out”, not “hey, show all friendlies in the path of everyone at all times”. That would be an overwhelming amount of information.

I didn’t ever imagine I’d be doing half of this shit. Lucky for me I’m a fast learner.