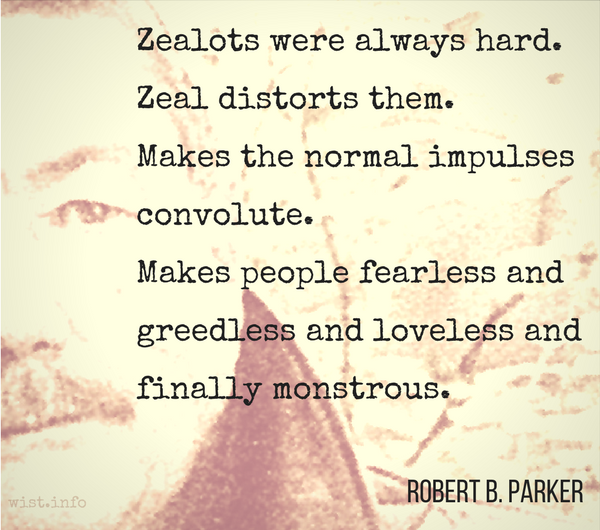 Sorrow be damned & all your plans. Fuck the faithful, fuck the committed, the dedicated, the true believers; fuck all the sure & certain people prepared to maim & kill whoever got in their way; fuck every cause that ended in murder & a child crying.

From the saintly and single-minded idealist to the fanatic is often but a step.
Friedrich A. Hayek (1899-1992) Austrian-born economist and philosopher
The Road to Serfdom, ch. 4 (1944) 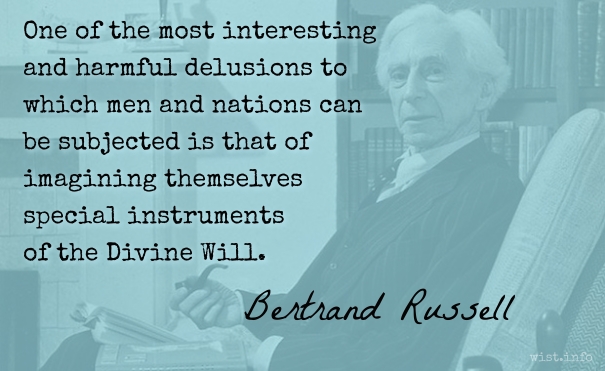 Human beings are perhaps never more frightening than when they are convinced beyond doubt that they are right.

From fanaticism to barbarism is only one step.

Among life’s perpetually charming questions is whether the truly evil do more harm than the self-righteous and wrong.
Jon Margolis (b. 1940) American journalist, author
(Attributed)

Fanaticism consists of redoubling your efforts when you have forgotten your aim.