“This… has become a cluster of the first order.” 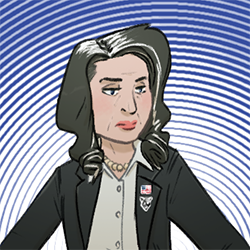 “It doesn’t,” Parker replies in her almost-but-never-quite-gone lilt, her expression barely shifting. The door opens behind them, but she neither pauses nor turns to look. “Everything already true is still true, and saber rattling from the man-children in Washington doesn’t have any effect on our plans aside from underlining a few bits in red crayon.” 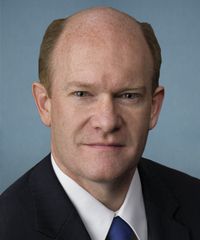 “What plans are those, precisely?” The new speaker steps up to the desk. “Craig.”

“Bill. Have a seat.” Costigan’s gestures vaguely at his people. “Special Agents Parker and Waters.” His eyes, heavy, meet his agents’. “I believe you’re both familiar with Senator Rasch, of the Committee on Foreign Relations, and chair of the Subcommittee on Europe and Regional Security Cooperation.”

The corner of the Senator’s mouth twitches. “I hold most of the red crayons my colleagues have been underlining things with this week.”

Parker opens her mouth, but Costigan steps on her reply. “We’re reviewing a plan we’d developed with regards to the Menagerie, in light of recent developments in Washington.” He gestures at Ted. “Agent Waters already manages an asset on that team - Link.”

“Leo Snow,” Rasch replies, then leans forward and turns toward Waters. “He dropped the mask on YouTube this morning. Were you managing that as well?”

Waters says nothing, shifting only enough to look a question at Costigan, who glares, and then sighs. “He’s cleared up through Top, plus three.”

“We have verified intelligence indicating at least one bad actor gained knowledge of Link’s aliases, and would leverage it to their advantage, publicly, when it became convenient,” Waters explains, without looking at or even acknowledging the Senator. (Those who understood the layout of the room also understood he was directly facing the camera hidden in the painting behind Costigan’s desk.) “We took the initiative and removed that leverage from play.”

“Rosa Rook, probably through a subsidiary.”

The senator snorts. “Rook Industries is a major security contractor throughout the DoD --”

“And a significant campaign contributor to sixteen of the twenty-one members of the Senate Committee on Foreign Relations.”

Waters considers that, then shrugs. “Collecting a check from someone doesn’t mean you’re on their side.” He tilted his head.

The Senator squints, parsing the reply. “So you don’t trust… Rook.”

Rasch keeps his eyes on the agent for a few more moments, then turns back toward Costigan and sits back. “Occupational hazard, I assume.” He rubs at his jawline. “Link is a founding member of the team, though. What’s the ‘new’ part of this plan you’re suddenly worried about?”

“We were going to move a new asset onto the team, handled by Special Agent Parker.” Costigan leans back as well. “But their provenance is… delicate, and with literally the entire world’s eyes on the team, the potential fallout --”

“You wouldn’t have been moving forward if there wasn’t some benefit,” Rasch says. “Knowing you, several. And as on the ball as your handlers have already been, I don’t see any way this isn’t going to work out entirely to the country’s advantage.” He gestures toward the papers on Costigan’s desk, palm open and up. “They’re a good group of kids, as near as I can tell; they don’t like us much, but neither do forty-seven percent of polling Americans.” He lowers his hand. “What Vyortovia pulled on them isn’t fair, but that’s no reason to cut them off or … punish them. That’s ridiculous. They’re children. None of this is their fault. We’re handling it.”

He stands, rebuttoning his jacket. “Do what you think best, Craig, but understand the committee has no problem with this move that seems to have you so worried.” 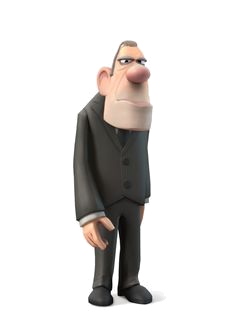 “Well,” Costigan says, finally. “I’m sorry I called you all the way down here.” He stands and extends his hand.

“Nonsense,” the senator shakes. “I was already in town.” He turns and nods. “Agents.”

Costigan, still standing, watches him go, his squared stance hinting at a time long, long past.

“Cluster of the first order,” the director repeats, almost to himself.

“Sir,” Parker’s voice is deadpan-dry. “I’d like to withdraw my name from consider–”

“Denied,” Costigan’s eyes are still on the door.

“Look on the bright side.” He turns back to them. “The Senator just inspired me to increase both of your budgets. Significantly.”

The agents shift in their chairs. They do not look happy.

Neither does their boss.

Alycia Chin, spreading approval, cooperation, and joy, wherever she goes.