Harry closed the last hospital door and sighed. Eyes closed, he sagged against the wall. Thanks to the nurses, all of the patients had been re-settled into their rooms. Since he had been the one who had disturbed them, Harry had taken it upon himself to see to their comfort and apologize for the disturbance. Everyone had been grateful, thanking him profusely for saving their lives.

Of course, he was always happy to help, but after the fifteenth person, Harry’s mental control was wearing thin. This whole day had been a roller coaster that felt like it had gone on for two weeks rather than two hours. Since Adam first called him back to the hospital that morning.

Footsteps roused the speedster and he found Grandma Swift standing in the hallway, coffee in hand. “Here you go. Special brew to help with post-battle jitters. Keeps your body moving. It won’t be a permanent solution, but it’ll keep you running for a few hours.”

The young hero took the offered drink. At the first sip Harry felt it burn down his throat and he almost gagged, but after a few more sips the solution made its way into his bloodstream and Harry’s entire body started vibrating. “There you go. Drink up. It’ll put hair on your chest.” His grandma chuckled and made gestures for him to finish drinking.

Energy raced through his body, forcing its way past all of the aches and pains from the fight. Harry smiled recklessly. He felt like he could do anything. Run anywhere. Say anything.

A vibration emanated from his jacket and the speedster pulled out his phone. It was Andy, asking if he was alright. A caffeine-fueled thought wormed its way into his mind. Before his grandmother could even blink, Harry had raced out of the building and arrived at the Irregulators training ground and hangout pad.

“Hey!” Harry exclaimed as he entered the room. Papers flew around in the air and an undignified squawk made its way out of Telekinetian’s mouth.

“Geez, Harry! Give a guy some warning before you do that?” the junior complained, patting his hair down.

“Harry, what are you doing?” Andy asked, standing up from the old leather couch and pausing the game she had been playing.

“Shut it, Seb. Don’t you have something you should be doing? Like watching old Jason Quill cartoons?” Andy shot quickly and the boy held up his hands.

“Alright, alright. I get it. No jabs at Harry. Even if he does scare the shit out of you.” He shook his head and wandered into one of the other rooms, where he would presumably eavesdrop on their conversation.

Harry watched the whole conversation play out in slow motion. Whatever Grandma Swift had given him, it worked. Every sense had been dialed up to eleven and his brain was running a twice it’s normal speed. Andy turned towards him and he could have sworn he saw every hair shift. “What’s up? I just texted you. I didn’t expect you to run all the way here.” She scowled slightly. “And what are you doing with that stupid grin on your face?”

Harry realized he still had the same reckless smile on as before, but he couldn’t do anything to change it. He was too excited by his plan. “JustGladToSeeYouIsAll,” He answered, smiling more as his scowl turned to a frown.

“Slow down. What do you want, Gale?” Andy demanded and it took all he could not to start giggling. She called him Gale. She only did that when she was really mad. Harry couldn’t remember what he had done to make her so mad, but it didn’t matter. She was going to love what he was planning.

“ASpicyFoodContest. LoserHasToDoWhateverTheWinnerSays.” He belted out at breakneck speed. The plan was perfect. He couldn’t lose.

It took Andy an agonizingly long time - a few seconds - to work out what he had said and she still looked confused. “You just got done with a fight and now you want to have a spicy food contest? What is going on with you? And why can’t you calm down?” 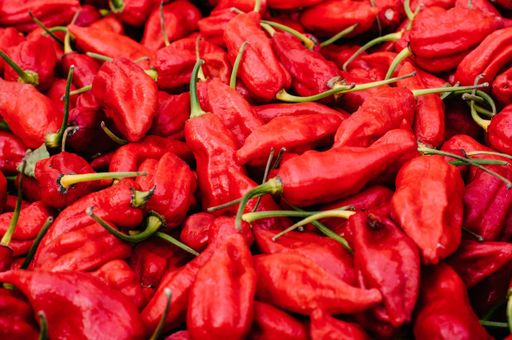 “IFeelFineAreWeGoingToDoThisOrNot?” He didn’t even wait for her answer before racing away and returning with an armful of small, blood red peppers. “WhoeverCanEatTheMostGhostPeppersWins,” He said and immediately started bolting down peppers. His mouth burned, but it didn’t matter. He could barely even feel it. He had too much energy to. Harry shot a look at the awestruck woman. “What’sWrongCan’tHandleTheSpice?” He asked, slamming back more peppers. “AtThisRateI’mGoingTo-”

With the force a Fairchild Republic A-10 Thunderbolt II, Andy punched the speedster in the face, knocking him to the ground. Groaning, Harry blinked away the reflex tears to find Andromeda standing over him, bristling with fury. “What in the hell do you think you are doing?!” She yelled, her muscles tense. “You race in here,” She went on, stamping her foot dangerously close to Harry’s hand, cracking the cement floor. “Don’t speak a word of sense,” She stamped her other foot down as the speedster struggled to back away, his head still reeling. “And start cramming peppers down your throat in some sort of competition!” At that she reached down and grabbed Harry’s costume, lifting him up off the ground. “You had better give me a damn good reason for all of this or I swear I will make you two dimensional.”

Harry’s head was still ringing, but he saw Andy’s arm pull back for another blow and held up his hands in self defense. “I’m sorry!” He exclaimed, feeling a slight woosh of air. Lowering his arms marginally, he found her fist only a few inches away. “IDidn’tMean-” He began and the hand holding him tightened. “I didn’t mean to,” He started again, making sure he spoke at normal speed. “I didn’t want to upset you. Just after the battle I was drained and my grandma gave me some sort of caffeine boost. After I drank it I got your text and suddenly the most natural thing in the world was for me to be with you.”

Andy’s fist unclenched and Harry continued. “There wasn’t much going on in my mind, but I wanted to be with you so I came. One the way I remembered my promise to let you choose dinner and I knew you would pick something spicy, so I thought if I brought ghost peppers, we could hang out right now.”

“Then why,” she asked, her voice still tense, “did you make it into a competition?”

Harry paused, trying to find the right words. The punch, and the ensuing adrenaline rush, had gotten most of the caffeine out of his system and he looked back on his hair-brained scheme with shock. However, Andy was still holding him off the ground and was obviously not satisfied. “Because,” He began slowly, his voice almost a whisper. “I wanted to win so I could ask you out on another date.”

The speedster shut his eyes, sure another powerful blow would hit him any instant. When it didn’t, he hesitantly opened his eyes to find the most bewildered look on Andy’s face. “Let me get this straight,” She asked. “After a battle, you ran here to challenge me to a spice competition, all so you could ask me on a date.”

Harry hesitantly nodded. “I know it sounds stupid and it is I just wasn’t in my right mind and honestly I know I messed up after Vyortovia in not talking to you sooner but I didn’t know what to say and then you were all angry at me so I wanted to do everything I could to make it right and I figured if I proved myself to you by eating all those really hot peppers then maybe you wouldn’t be so angry and we could go on a proper date where we could both have a good time and I know I really messed up so if you still want to punch me it’s fine I’m really sorry and–”

Andy finally cut him off, shoving another ghost pepper into his mouth and letting him drop to the ground, gagging. “What’s wrong? Can’t handle the spice?” She asked innocently as she casually popped a pepper into her mouth like popcorn. Tears streamed down Harry’s face as he desperately coughed. His entire mouth felt like it was on fire and nothing he did could get rid of the burning. He looked up to see Andy crouching over him. “I could eat these all day. And since you can’t handle it, I guess that means I won.” An evil light flickered in her eyes and the speedster found himself more afraid now than he had been before. “Remind me, what was the prize? Oh yes. The loser has to do anything the winner tells him to.”

She grabbed the bowl of peppers and placed it in front of him. “You have to eat the rest of these peppers. And if you manage to do that, then maybe we can talk about that date.” She stood with a smirk and Harry stared in shock. Already, his head was aching from the severe caffeine crash and he was fairly certain his nose was broken from her punch. His entire body was screaming in pain, every sore spot that had been forgotten returned with a vengeance. And there stood Andy, proud and unabashed.

“Oooooo. She got you good,” Telekinetian’s voice came from the other room.

“Sebastian, you have until the count of three to get out of here, or I swear I will show Jason Quill every love letter you have written him.” The sound of retreating footsteps echoed against the concrete. “Well? Are you going to do it?” She asked mercilessly.

Harry stared deeply into the bowl, hoping the demon peppers would disappear. When neither the pepper or Andy showed any sign of leaving, he despaired. A timely vibration from his jacket saved the speedster, as he opened his phone to see his mom had left a message. “Oh well would you look at that I have to go,” He said quickly.

“Harry Gale don’t you dare leave without finishing those-” Andy growled, stopping as the bowl clattered on the ground, the peppers all gone, replaced with a note and a bag of ghost pepper chips from Trader Jim’s. Sorry to eat and run. Mother calls. Hope you enjoy these more than I enjoyed these peppers. Love, Harry. 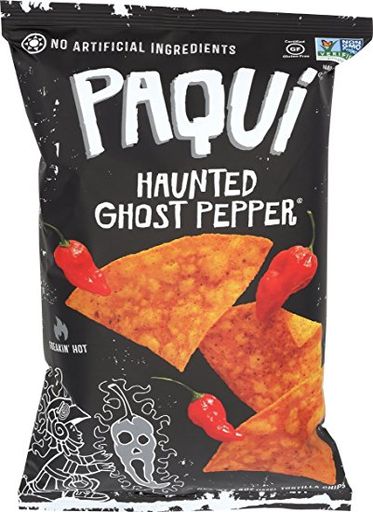 Based on his smooooooth moves, Harry is a chip off the ol’ Jason Quill.

Sebastian is a nickname:

“Stop telling me what I can’t do, like that god damn lobster, or I’ll boil you.”

His reply: serenading her with “Kiss de Gale”. And so a meme was born.

His reply: serenading her with “Kiss de Gale”. And so a meme was born.

Yeah, James mentioned the name disconnect, but had a rationale for it.

If his rationale is different than mine, I’ll go with his. What was it?

I’ll let him give it (it’s close enough), once his brain relaxes tonight after taking his first AP exam today.

So, I noticed that his Twitter tag was @NateWayDrug so it would be reasonable to think that Nate was his name. But I thought there could be two, possibly connected reasons that isn’t his name. Firstly, I believe that Nate was the name of the first boy Telekinetian had a crush on, thus Nate was his gateway to the gay world. Secondly, when he first was setting up his Telekinetian Twitter, his identity was a secret (pre high school). So he went with something that sounded like it could be his name, but was really him throwing them off his trail.

Also I don’t see him as a Nate, so I went with something else. And he was never explicitly given a first name.

I like … well, I like all those explanation, but let’s say it’s reason #2 with a hint of #1 (some kind of REASON he picked Nate to throw people off the trail.)