This whole “going to school” thing isn’t too hard. Gardner Academy, for all its vaunted high-tech amenities and security apparatus, is actually quite lenient toward the students themselves. The perks of privilege, Hot Mess decides.

The boss, wise to her antics, has been doling out boring but practical advice on topics such as blending in (“you can’t be the center of attention all the time”) and security bypass techniques. Mostly it’s just social, though. Act like you belong here and that your trust fund is a magic talisman against all teachers. Every so often she’ll retreat into the bathroom for a smoke (don’t worry, moral guardians, she’s just lighting incense sticks with her powers and using them to relax).

She should have done this a long time ago. Spying on Kid Kelvin is easy - he wants to be the center of attention, all the time.

Inside the stall, Hot Mess looks down at her phone, and re-reads Dr. T’s advice.

“It is a hard fact of life, not everyone you put your trust in will honor that trust.” Ain’t that the truth.

“A small audience that you’ve selected that hopefully responds to this secret with love and acceptance.” Hmm. Is slavish obedience a form of love and acceptance? She mulls this one over. I mean, kiiinda? Some people might call the feelings of a henchperson (we’re done with henchman, this is 2018, people) toward their villainous master to be “twisted” or “wrong” or “deserving of sympathy”, but Hot Mess prefers to think of it as a pure and beautiful thing. If you’d take a hero’s tachyon condensation charge for your boss as they flee for their escape pod, isn’t that selfless? Isn’t that considerate? Your life (or at least a lengthy jail sentence, assuming you don’t flip) for theirs. That’s what we aspire to as a society!

Now, admittedly, you need another henchperson at that point. Breakups are tough, but sometimes it just wasn’t meant to be, and you have to move on. That too is love - being honest with the other person in admitting when a relationship isn’t working out. Even the judge would agree.

You also need another lair at that point, because the henchperson is probably gonna flip and talk all about–

ENOUGH! This is distracting. What else did it say?

“You may feel alone but I think the world will surprise you if you give it the chance.”

She checks in on Surveillance Targets 2a and 2b during lunch time - Nono Rodriguez and her apparent beau, Pietro. The latter is some kind of spindly science nerd with a penchant for plasma. They’re certainly talking a great deal over at the lunch table. He must be the boyfriend, Hot Mess decides. He must have initially seduced her with some kind of plasma tech. Well, fine. He may be hot, but I’m hotter!

Could she use both of them? Not really. This Pietro guy seems pretty full of himself, if her lip-reading skills aren’t too rusty. Not henchperson material at all. He’d be too ambitious. Break his will thoroughly, then shackle him in the lab and have him crank out some inventions, maybe. But

Hot Mess rubs her hands together. Right! If we want Nono to join the team, we need leverage. If she won’t come willingly, Hot Mess can threaten the boyfriend! We’ll abduct him, bring him to the restaurant, throw him as a hostage to Kid Kelvin if we need to make an escape, abduct Nono, and bring her back to the lair, make the offer… Yeah! Now we just need a plan to grab the kid.

Oh, right. Just offer to listen to him talk about plasma for awhile, then lead him to the unmarked van in the parking lot.

Nothing could possibly go wrong. 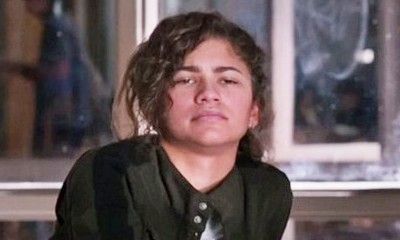 Hot Mess is leaning intently forward. She hears a voice behind her and startles.

There’s a girl sitting behind her. She’s watching carefully, and holding a cell phone in one hand.

Hot Mess glares. “How long have you been there?” she demands.

“About ten minutes.” There’s evidently no lunch in front of her.

Hot Mess gets up and walks away, indignant. Some people. God!

Quick poll for fans: would you like to see a decisive resolution of some kind, Hot Mess’s plans collapse hilariously/back to the drawing board, something very surprising from Pietro/Nono/Kid Kelvin, or other?

Quick poll for fans: would you like to see (a) a decisive resolution of some kind, (b) Hot Mess’s plans collapse hilariously/back to the drawing board, © something very surprising from Pietro/Nono/Kid Kelvin, or (d) other?

I’ll vote for ©. I like surprises. (That doesn’t necessarily obviate (a) or (b) along with it.)