This is Summer’s as-yet-unidentified roommate, Applehack

Leslie Meriwether is a four-beer girl. She can drink much more than that, but it takes about that many for guys to notice that she’s a girl. The rest of the time, she’s one of three things: a nameless HVAC technician in greasy coveralls, the loud-mouthed and opinionated bitch at Carolina Speedworks, and a quiet, introverted student attending classes at HalTech.

Big, noisy machines have always been her jam. When she lived in the mountains of Kentucky near Elkhorn City, she got her dad’s combine harvester working and kept it working. When the pickup broke down, she’d get in there and work on it. That year when the storms got bad, she hauled a generator down from the MacPhersons’ place and got it hooked up.

Between the ages of ten and fifteen, she started noticing that people around the property were moving out. That was about the time she’d started going into town, to use the computer at the library, so she looked it up. Something about tobacco quotas ending in 2004, she learned. A lot of government money had been propping up the region, but now it had broken down, and there was nobody to fix it.

Dad sold his land a few years after that. Mom was still working, but a teacher’s salary isn’t great. Her siblings, Julie and Jake, started working part-time. They moved into town, took up residence in a tiny little cottage that smelled musty, and tried to figure it all out. An old beat-up desktop computer freed Leslie from the need to go to the library, and the friends she was making online, through a shared interest in this “My Little Pony” television show, kept her going. When the desktop started to give out, she learned to fix that too, and found that small and quiet machines weren’t that different from big and loud ones.

“You should move to Halcyon City,” her online friends would tell her. “There’s lots of work here.” When she talked about her future with her parents, they looked at each other uncertainly, until she brought up the idea of leaving. That had led to a tearful conversation, where it was generally agreed that this would be for the best, that it wasn’t because they didn’t love her, and that they wanted the best for her.

She checks in whenever she can. Dad had a scare with his heart, but it turned out to be treatable. Mom’s on a cane after a nasty fall. Jake is studying to be a teacher, and Julie wants to be an in-home caregiver. The farms are coming back to life. Dad doesn’t harvest crops, but he can still drive a truck and haul cargo. Mom teaches the kids of the farmers. It’s practical stuff, like how to balance your bank account or how the water cycle influences crop yield, but it’s also history and politics and civics, because nobody wants another 2004. But the family is doing okay.

Leslie goes back to visit when there’s time. But she’s busy. Halcyon’s sprawling tech industry faces the same problem as anywhere else: how to move hot air away from machines, and how to move fresh air toward people. There’s new HVAC installations to be done, and old ones to be serviced. The people making money off all this tech put it into things like cars and racing, and when Leslie tunes them up at the garage, she gets paid by everyone in the race no matter who wins it.

There’s almost no time to sit down and relax, but she’s okay with that. She took out a lease on the cheapest property she could find and never bothered moving anywhere else. Sure, it’s supposed to be some kind of recovered high-radiation zone, but there’s no Geiger counter readings, and she feels fine. It’s just a place for her to keep her stuff, and come home to sleep, and that’s all she needs.

The new roommate has been cool. A friend of one of the young Ponies. Knows someone Maury trusts. Works at the coffee shop, apparently. Some kind of Asian party girl, still in high school, but she hasn’t brought any troublemakers home, keeps the fridge stocked, and most importantly, keeps quiet. She just asked about bringing over a friend for a few weeks. A girlfriend? Someone who got kicked out of their own house and needs a safety net for a bit? Who cares. If they didn’t drink her beer and didn’t wake her up, Leslie would let Vyortovia take the second room. 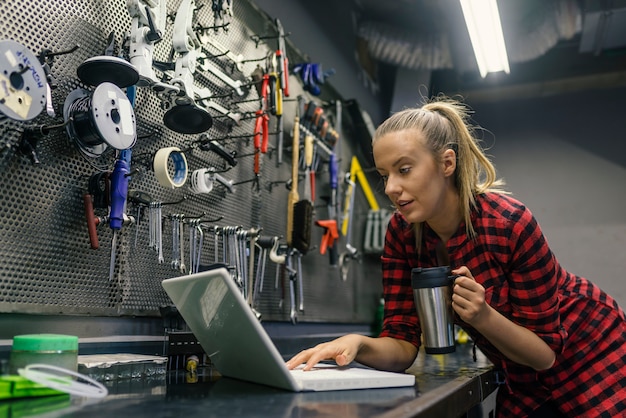 Nice. I can see this roommate thing shaping up in different directions, but I’m hoping Alycia and Leslie hit it off.

Here’s how I picture Summer selling Leslie on the cosplay story.

I’m on board with this version because it means Leslie will now tell the other Ponies, including Duskshine, that Alice Chan loves cosplay and dressing up.