Copied over here just for the experience.

Fine, let Adam and Summer fiddle with the entrance statue. I’m watching the Concordance trio. I don’t buy that they’ve gone from hospital-destroying threat against Adam to bosom allies with just a single invitation from Radiance.

Or maybe that’s her plan – keep your friends close, and your enemies closer. Is she that crafty?

I’m not sure I’m happy with them entering our secret base especially since, as far as I know, they can’t get in on their own. On the other hand, I don’t know that they can get out on their own, either. That might come in handy.

Another note to self:

The Concordance Trio are humans. Between the costumes and the powers and the starfield skins and all of that, I’d assumed they were humanoid aliens. But apparently they like breadsticks and custard-stuffed kiwi and poke sticks.

If they’re human, that makes certain things easier. And harder.

Harry gets a text.

Where are you guys?

Is Charlotte under control?

She’s not going crazy, she’s just upset. You don’t have to come in guns blazing.

If she’s upset, are you sure about that?

For some reason everyone thinks I’m being paranoid. But all Harry had told me was that there was trouble in the Grove and that Charlotte was there.

I stood in the Sepiaverse, seeing what the Charlotte of that world had become. So did Harry. The apocalyptic overtones of anything he might have said were obvious to me, if not to the others.

The Face Is Familiar

All right. This is … weird. Disturbing. Not sure which.

(If I think about it, it actually takes a deep dive into horrifying . If I think about what these people have been put through – the years, the immobility, the blindness, the exploitation – it would make me gibber. So I don’t.)

The statues of the Twilight Grove, as far as we can tell, are all classmates. A lot of the Ponies. Marion, and his library buddies. Pietro.

But Daph’s not here. No teachers, no strangers, no random people off the street. None of the Menagerie team with us. Nor Leo. But Telekinetian is there among them.

Jason isn’t there. I’m surprised by how relieved that makes me feel. Solve the problem, then emote.

Mari tells Charlotte that it happened at some event toward the end of the school year – the Prom, maybe, or Graduation. She’s unclear – it’s been several thousand years for them. And, not surprisingly, they’ve been usable as oracles, having memories (and high school educations) of the future.

What the hell happened?

How do we stop it?

Is there a pattern in who is here, that might indicate who was selected (or not) from this catastrophe? If not for Telekinetian, I’d be tempted to say it’s unpowered folk (positing hyper-genius as a power). But with his presence, that pattern is broken.

Is it something intrinsic to the individuals (included or excluded), or was it simple geography – something happens while the team et al. are off doing something else?

Not enough data yet. Dammit.

Keynomes. It always seems to come back to keynomes, for something I’d not heard of until not so many months ago.

And maybe they are even more important than I thought.

Earth, the Concordance agents tell us, has way too many keynomes. A mundane world might have three. Six would be normal, maybe up to nine.

Earth, our Earth, of this dimension and timeline, has twelve .

And apparently that’s because a minor magic-user of this world figured out how to grab them from other dimensions – for their own power, of course, as it made them the first great Magus. But it also …

Well, few more interesting correlations come up. Like this is the point where Doctor Infinity started showing interest in Earth, and in Halcyon.

And it’s also when metahumans started showing up.

Oh, and Charlotte comments that the Keynome that Adam has been flashing around looks a lot like the stone on the end of Magus Everard’s staff …

Waiting for the Man

Red warns us that the surfeit of keynomes on Earth – their use – the things that Adam has done – hell, for all I know, the shenanigans of Infinity and Everard – all of these are sending out “ripples” – “they are spreading, and bad enough that they will be stronger as they spread.”

And if the Concordance as a whole becomes aware? We get the police raiding our noisy party, but with demolition charges and SWAT teams and . We become seen as a threat. It’s MOVE, Philadelphia, US, 1985, all over again. And we’re on the wrong end of the power equation, of course.

“Do you trust us enough to help?” Red asks.

No. But we may have no choice.

“That’s why I asked you along,” says Summer. "And Adam does, too, right?

“My Shard was just trying to make this a better place,” he says, a bit sad, a bit defensive.

Red shakes his head. “We’ll worry about a better place tomorrow. Today, we worry about not being melted down by an armada.”

I consider that my biggest worry, until Summer pipes up, “If you folk have any needs or problems, just talk with our team lead.” And she points at me.

Second, Never show weakness before others. Never show division before enemies – or allies.

My mouth works for a moment behind my mask. I glare at Summer, even as I address the Concordance agents. “Yes, that’s right.” I turn to them. “I would be happy to assist in any way that will ensure your cooperation.”

The Green one looks at the Red one. “Tactician,” he says, by way of explanation.

“Team lead”? And nobody disagreed?

Why are we not here? Why am I not a statue, here in the Grove?

Were we not there when these people, our classmates, were taken?

Were we being punished through their abduction?

How do we stop this from happening?

What happens to these people if we can’t?

If we can figure out when Everard and Infinity next show up from our linear time perspective – before these people get trapped. In the next three months or so.

We have some resources. I have some bits and bobs from the AltFuture!Earth to suss out possibly some historic information. Leo (who Summer has on the phone) has picked up some Infinity tech. And Adam had contact with some of Doctor Infinity’s tech when we returned from the AltFuture, interacting with his own keynome.

And … Mari’s statue – Mari – knows of an incident from the news, remembered over the thousands of years, of Infinity and Everard encountering each other.

Not long from now.

And not all that far from here. To the south …

Where are you going now?

Okay, that’s my immediate emotional reaction. That’s followed by problem-solving – crowd control and protection if Doctor Infinity and Magus Everard really are going to pop up there next during their cross-time slug-out. Standers-by could be simply obliterated – families, children – or, given the bizarre results at the cemetery, and with Ghost Girl, something even more outre could happen.

Then there are logistics – a hundred square kilometers lies within the overall WDW property, though much of that remains undeveloped swamp. How do we patrol that, lock it down? Will the device Leo has come up with – possibly powered by Adam’s keynome – actually lock them down when they arrive? Stop them from escaping, at least for a time?

Once we, like barking dogs, catch the car going down the street, what the hell are we going to do with it?

Last consideration, perhaps the most appalling its implications, soul-searing in what it says about me: I wonder if we are we going to have time to look for Stitch swag? Because I’d love a little something. Maybe a t-shirt. Or a bobblehead for my dresser.

Summer had reasons to point the concordance agents at Alycia. If it doesn’t get explained in character sometime, I’ll do it here.

That’s all why it’s probably just as well Summer doesn’t get to read Alycia’s mental journals.

Well, given how things are going, maybe it’s better to talk about it OOCly now. You can decide whether any of this factors into Alycia’s epilogue.

So if any of that sounds interesting, feel free to use it. And if not, she can just be pissed at Summer for intruding.

Oooh. I like bullet 4. If she can get past her suspicion of them being part of that fascist autocracy, rather than being victims of it.

I think her realization that they’re human, rather than alien (given in your recap), might lead her to that possibility. She seems like the sort who can be brutally honest in her self-assessments, and probably has a good chance of making the connection if she’s so inclined.

I’m watching the Concordance trio. I don’t buy that they’ve gone from hospital-destroying threat against Adam to bosom allies with just a single invitation from Radiance.

You guys DRASTICALLY misremember the order of events in that encounter.

Concord kids: one hole in the wall.
Menagerie: Phase the entire hospital into the nightmare realm to save it from Concord losing every ounce of chill. 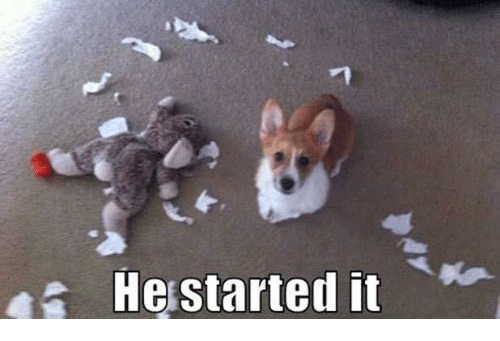