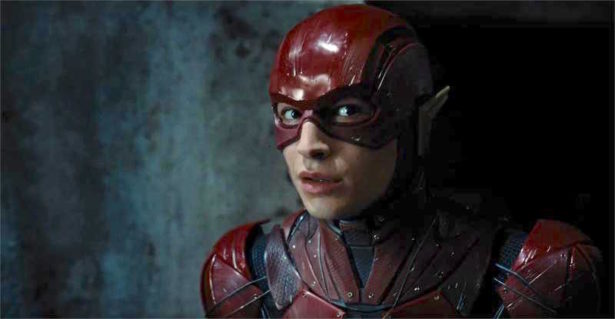 Which I expect will be a short thread as I don’t expect many of the folk here to go out and see it in the theaters any time soon (and, honestly, I can’t recommend doing so, though I think it’s worthwhile streaming fodder at some later date – $3 value in family snark and eyerolling, at the very least).

I just want to note that Ezra Miller is a great Masks hero in JL – a late teen with serious family troubles (dead mom, dad in prison for her killing), living on the streets (kind of), really smart but with an Aspergers-ish difficulty in relating to others or focusing (or defocusing) properly, learning to use his powers, joking to cover his nervousness around Adults Who Are So Much Smarter, Buffer, Lovelier, Competent and Confident Than He Is. Miller’s nervous energy, his expressive face … they all work really well.

Even if there are a lot of beats that echo the TV show (not surprisingly, as both echo the source material), it still felt fresh because it had a different emotional resonance. Miller’s work is enough to make me want to see the announced FlashPoint movie, even if that plot feels like it’s been done to death already.

Not sure which playbook to put this Flash into. He has a Beacon vibe (as seen in the trailers, he’s not only willing to join the team, he accepts before Bruce’s pitch is complete), but with major powers. There’s also a certain Protege sense about Batman/Flash’s relationship here that was fun to see in a few brief moments; in an actual Masks game, that could be fascinating to watch, given the very different personalities and power sets. 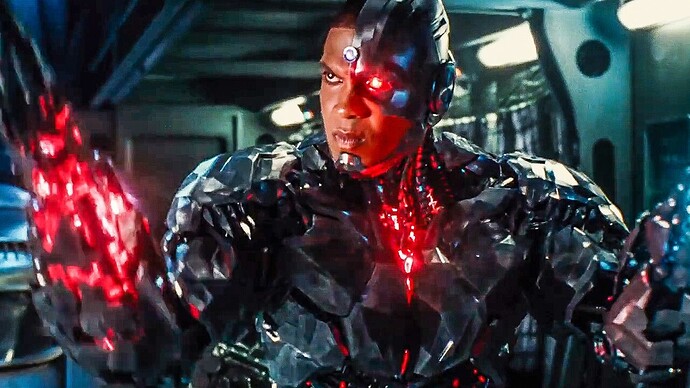 1280×720 240 KB
The other obvious Masks material, Cyborg (Ray Fisher), a classic Transformed playbook, does less well. The character’s tragic history and present suffered from both a late effort to lighten up the movie’s tone and also to cut the movie to a 2 hour max run time, meaning all reports are that a lot of his backstory (and, one hopes, present story arc) got seriously curtailed. The result is a kid who goes from grumpy recluse to grumpy participant to quiet participant to engaged team member without the emotional sinews to make the progression work.

The character thus falls much more flat on screen than in the Teen Titans cartoon or the original comics (both of which would be hard to beat), and his inclusion on the team draws from some weird stuff in recent years of the Justice League comics, making him more of a plot device than a character, sadly enough.

There is (was? still is until the box office on JL is evaluated?) a Cyborg movie on the table. I don’t have any passion for it one way or the other, which is probably not what any DC execs would want to hear.

In the game the Masks author ran with the gang from a young justice podcast, he put Kid Flash in the beacon Playbook, and just scratched out all of the beacon powers and wrote in super speed.

My takeaway from that is that within certain limits the play books are a lot less about the power sets and a lot more about the themes. As long as you’re playing somebody who is really excited about being a superhero, or has a lot of people questioning whether or not they deserve to be on the team, or both, Beacon works.

Yeah, I’ve definitely had that impression about the playbooks in general – the power stuff is more suggestive, examples of characters in the comics that had that same playbook. I mean, how we do stuff is based on our powers, but the playbooks are more about why we do stuff, and the how an implementation detail, color text. (Which is deeply subversive of how most supers RPGs are structured, which is part of what I love about Masks).

I can imagine, for example, a non-powered Batman-like Doomed character, for example – part of his “powers” are the ties he has to the underworld (favors to call in, informants to tap, etc.). As those “powers” are tapped, it draws the attention of the mob / tong / archvillain that is searching for him, leading to his demise. (Or his “demise” is the complete corruption of himself into being the crime overlord he would once have opposed).

Some things might be more of a stretch, but there’s a lot of flexibility in this system.

This video (and some of the poster’s other videos) also help highlight strengths of Masks, namely that nearly everything on the sheet is a double-edged sword that propels character arcs.

Moves are pretty well understood - do a thing, roll some dice, get a range of outcomes with some level of tuning from the player.

Influence is obviously good to have over other people, if you want security & safety. It sounds bad if someone has it over you, but good if they use it to help you. But there’s still very few ways to gain Influence directly as part of a move. I think only Defend does it out of all the custom moves. Pierce the Mask lets you ask how to get it, but you must still do that thing.

Conditions are bad (my moves will fail more often), but are so easy to fix. Just go… do something that will advance the story, if the GM handles it well.

The JL characters don’t seem very weak or vulnerable. They seem like they have interpersonal conflicts, sure (the last film was literally “Batman v. Superman”), but those conflicts don’t seem to point to anywhere. Superman’s not going to radically change his approach based on interacting with Batman or Wonder Woman, or he ceases to be Superman. They’re fixed stars around which the action must revolve. Masks PCs have a point of origin (their playbook), but their advances and character choices give them a long leash, and occasionally let them move to something wholly new.

I think this is what draws me more to anime and things like the MCU than traditional comic books. The western comic defends the status quo. Characters can evolve (remember when Batman used guns?), but they tend to stabilize. Other media will tell a story with a set of characters, shake them up, find somewhere new for them all to be, and then either repeat that, or move on to a new set of characters. And I think it’s great that Masks allows for that.