While I could talk at length about Atomic Robo, but I doubt that would help setup the game. I imagine we’ll do our unusual Session Zero stuff tomorrow night, but I figured I would do a bit of brainstorming now and see what folks are interested in.

My initial thought was to set the game in the Tesladyne Field Office in Colorado Springs, a sort of combination long-term storage facility and remote test site. The PCs would be the senior staff working under a branch office manager (whom I have no details about yet). I could see some Archivists and Historians working at this place, though we could make anything you guys think up work in this setting (science is dangerous, of course we’d have a Security Specialist/ex-Soldier on staff).

If you’ve read through the books already, you can see that the game supports all sorts of weird and wild concepts. If you haven’t, one of the sample character creation examples is “cyborg ape” (the other is a geologist, so don’t get too worried about going to zany if it doesn’t appeal to you). Character creation is a bit weird in comparison to normal Fate (I feel it is simultaneously much easier to do and much more difficult to wrap your head around than Fate Core) so we’ll probably go over a bit of that during session zero. Luckily, Evil Hat made sure their Fate character sheet on Roll20 supports Atomic Robo’s skill modes, so that great.

Any thoughts or questions so far?

I’m literally posting a sample PC and then see you write “cyborg ape”. Please stay out of my head.

Was reminded that the Fate SRD gives a good overview of the new mechanical concepts Atomic Robo brings to Fate, in particular (my favorites) Brainstorming, Inventions, and Mission Briefings.

Threw the link to the Roll20 into the Consortium Discord. There are a lot of resources out there for Fate and Roll20 so I was able to setup an overlay pretty easily. Setting up the Skill Modes on the character sheets might be the trickiest part for folks but I think we’ll get things handled. 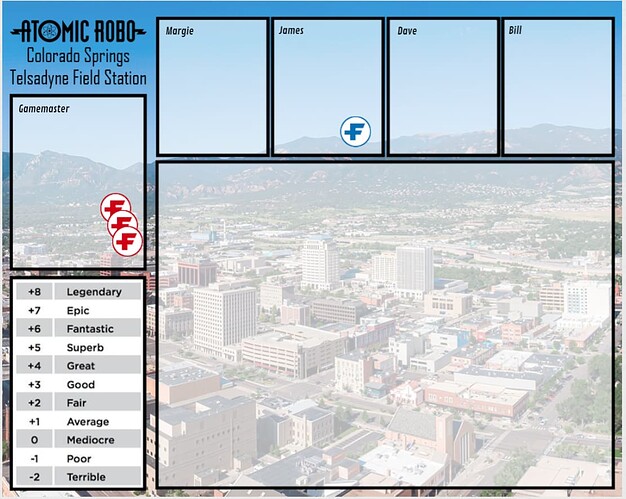 All very cool. I’ve been noodling with a character concept which will need some tweaking for the setting, but that might actually improve him. I’ll have to go back and experiment with him (metaphorically, of course).

As background, both Margie and I have done FATE stuff in the past (I did a spy campaign many years ago that ran in FATE for part of its lifespan), so it’s not completely new. Nor is it so difficult I anticipate any issues for James. I know he’s been working through the PDFs since posted, so he’s intending to be on. He’s likely to show up NST 8:30p MDT, due to karate.

As background, both Margie and I have done FATE stuff in the past (I did a spy campaign many years ago that ran in FATE for part of its lifespan), so it’s not completely new. Nor is it so difficult I anticipate any issues for James.

While I may be mistaken, I remember the first game we all played together was a Fate game.

I know he’s been working through the PDFs since posted, so he’s intending to be on. He’s likely to show up NST 8:30p MDT, due to karate.

Slowly working through. I am a busy college student. But I’m trying to hit the main points.
And yeah I’ll be a bit late. But that’ll just overlap with the required technical issues time.

Btw, I’ve created Thursday Game channels in Discord so that my other friends who have done stuff in the general channels don’t get all the boop-beeps from Discord (which I know they can turn off, but this way …)

Ran across a fun thread today on Twitter, eyerolling at this unsourced bit of RPG analysis. 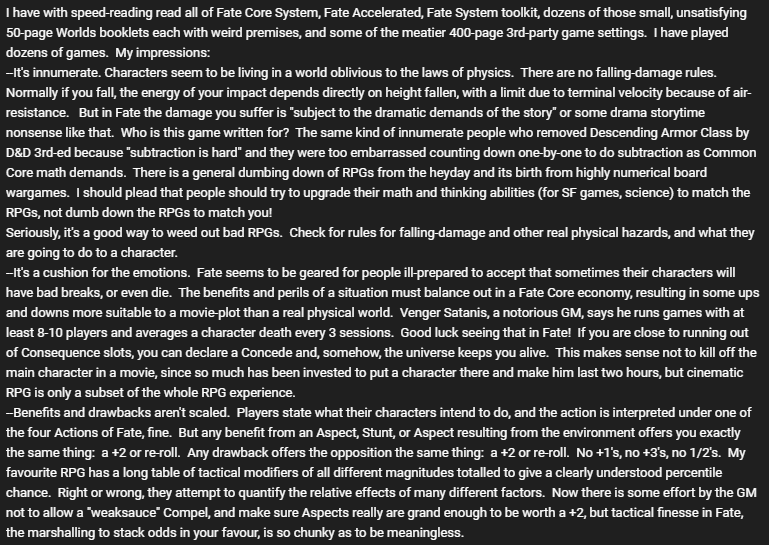 I definitely think we need to all find ways to hurl ourselves off of increasingly tall locations to pin down Mike as to how, precisely, his elaborate calculations handle falling damage.

That guy is being torn to shreds by people on my timeline for every good reason, including for his apparent admiration for noted bigot and general dickwad Venger Satanis

While I have no idea who this is (and am probably better off for it) but, as I have to assume this is an assumed name, who thought it was a good idea to name themselves after the two-bit villain from the Dungeons and Dragons cartoon?!

Let’s just say that he said this about the Itch bundle to support trans kids in Texas: 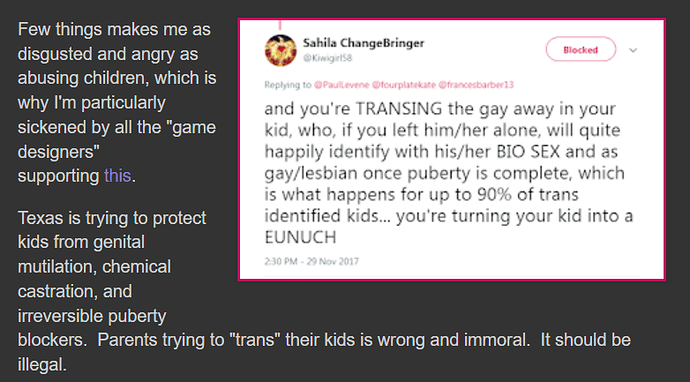 He and his OSR associates are just garbage human beings and you’re better off not having to smell the stench.

Found our next adventure location. 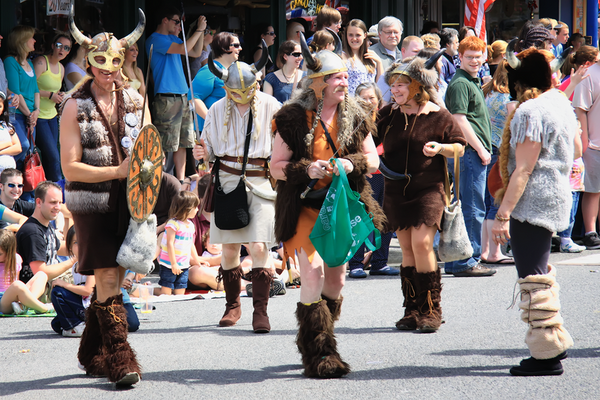 'Little Norway on the Fjord'

The small town of Poulsbo in Washington state is the next best thing to the Kingdom of Norway.

(One could, quite honestly, mine Atlas Obscura indefinitely for Atomic Robo adventure locations.)