Chapter 02: The Fellowship and the Neighborhood Mob

When last we left our fellowship …

The City of Redvalley, in the lowlands, surrounded by the fogs and ungovernable magics, kept at bay from the city by the four statues of Nelrisian protectors. 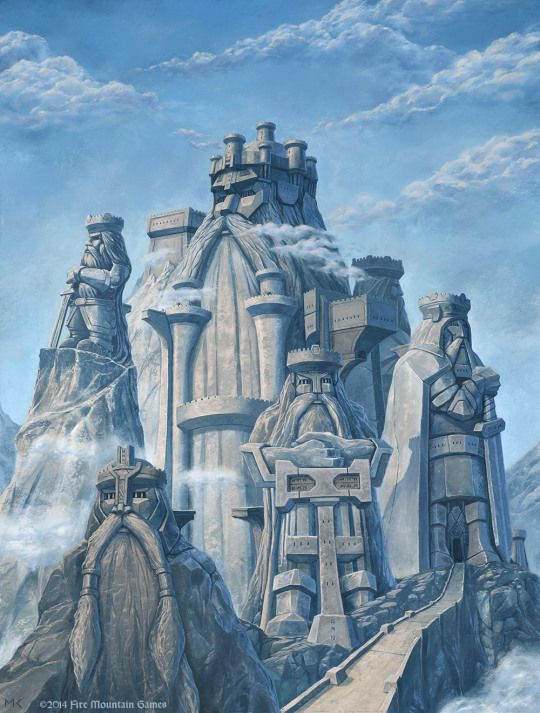 Which are all crumbling.

We’re standing outside the Glaive & Goblin. …

Virens & Ann – Mist Barges may be on the fritz.
Ann has a bond with Hax the cook.

Rowan is trying to get the innkeeper going.
Carabas – to innkeeper … “I just saw your family running by … you should come with us and join them in safety.”
Talk Sense (Courage) --> 7 …
wife: “yes, we’ll go with, and wizard here promised we’d find them, we’ll need the resources, so you need to carry this where I can keep my eye on you, you smarmy furfaced …”
Loaf of bread, weight of a car battery. Ugh.

Virens is trying to stand there giving orders to gets us to safety. Ann is there, too. Shouts to stable boy to whistle up the horses.
Bonds between them.
Keep Them Busy --> 11!
they come over to hear his cunning plan

Rest of us come out.
Wife: Where’s my boy?
C: Virens, which way did he go?
Wynn: through the forges.
(grumbling)
“If you’re trying to imply my son ran to the forges, halfling …”

Ann:
Quickest? by Air Barge
Safest? Away from large crowds, and not by air. 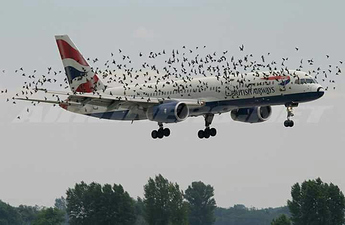 So we march out. Virens in front, Ann in back (on horseback). Wynn in the front as well to the forgotten passages through forges. (Away from the crowds going to the main gates or the mist barges.)
Carabas is in the middle, on his war dog (with the innkeeper’s wife behind).

Statues seem to be holding for the moment.

A Cry for Help

Innkeeper’s wife clutches at C’s sleeve. “Did you hear that? There! There!” Someone calling for help. “That’s my boy! Simon!”
Carabas trots off to the rescue. Along with Ann, and Rowen.

Rowan is concerned it is a Mist Wisp, that call you toward deep pockets of the Mist where they congregate so that you can become Mist-touched. 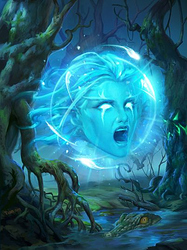 C alerted.
Get Away with Ann’s help …
–> 12
Catling bogey-man lore: The Red Eye … draws in unwitting catlings into the darkness, mesmerized by its movements, until it is too late and they are trapped …

Have Advantage.
Ha-ha … flashing blades, ha-ha!
Finish them! Grace --> 10
Resistance, like water. It leaps back, crouches … almost makes a move, but it’s intimidated by the blade, and the clip-clopping horse … it leaps back into a side street and away. Ha-ha!

Guy was injured under rubble, but also looks to have been clawed. Get him up onto a horse.

Virens and Wynn.
Wynn cannot let Virens fail his quest.
Virens considers Wynn his party buddy.
City here, the forge, is very utilitarian, brutalist. Originally of Drolope make.
Look closely --> 6! Nothing is the way it used to be. It’s all distracting.

Virens sees Wynn checking out the courtyard … wave folks to hold tight.
Wynn indicates that at the main entrance there are two guys standing sentry, tensely. Wearing clothes with blood, not theirs.

Virens’ sword detects threats – this one is vague (not focused on him yet).
Doors are ajar. Look (with hope) --> 8

Virens charges forward, with Wynn, challenging them to join or get out of the way. Assumes Wynn has his back.
(Wynn sees the Toskans as the best way to defeat Ursula.)
Find out the hard way that they are not alone. Clank-snap of crossbows (x3).
Scary as Hell armor. Talk Sense with blood … even when taking a hit (Tough as Nails = Armor)
Wynn is naturally hard to wound. Mundane weapons cannot harm him, only slow them.
Virens hit in the shoulder. Wynn hit center-body (and has learned that a lack of reaction has the most effect).
Talk Sense +h --> 9
Mob is emboldened.

“If we get out of the way and just go … we get to go! Right?”
Sure, you’ll face the Mists on their own.
“You make a good point … but can you keep us from being torn apart by the mob?”
“We stand stronger together” (to the crowd).
Nobody will meet his gaze (in defiance, at least)

Rowan and Carabas and Ann ride up at the end of this.

End of the Session

@Dave can I ask that when Doyce uploads a video, you link it at the top (or bottom, or whatever) of the recap? Just putting the YouTube URL on its own line will handle all the embedding.

I thought Virens’ use of gear with the bandits was great and exactly the sort of thing I envision with the Orc should be able to do. Now to see how everyone else’s gear comes to the fore.

I’m interested in this too. Rowan has such weird, weird options in combat (well, he has weird options everywhere but combat is the most obvious place where they’ll be applicable) that I’m both excited and worried to see him use them.

I’m very much looking forward to the Fellowship’s first fight.

This session felt like it went more smoothly, and I feel like we did the thing we talked about last time: pull our attention up out of the fiction a bit.

Definitely agree it felt smoother. Still not sure the spotlight switched off at the appropriate gotcha moments, and I think there is still room to share the scene-making a bit more smoothly.

I felt more clearly like people had their niches. I think we just need to work on our pacing, so there’s more opportunity to fill those niches in play.

Yeah. Thinking of the overall episode …

… it doesn’t feel like we got as far as we should have. Part of that is becoming more familiar with the system, no doubt (the playbooks introduce a lot of synergistic moves or alternative ways of doing the same thing, so I know I don’t as quickly have an action at hand as I ought).

I feel like Virens’ use of gear was good this time, supporting his time in the spotlight and crafting a character narrative (“my pain is worth your safety”).

Yeah, Virens definitely took point on being the hero here. He definitely has an Aragorn vibe about him (leader, representative of a distant empire, a bit offputting in appearance, bad-ass) (all meant by me in a good way). It was a very nice scene. I caught hints of the others, too, in increasing ways, so that’s promising.

Yeah, gear (and companions) is also going to be an interesting complication / ability to start exploiting. Still trying to figure out how I want to be using my War Dog mount (Hambone), and all the extra bodies/capabilities of companions of various sorts will make this a more tactical game in many ways than just “The Five Adventurers”.

I’ll be interested to see how actual combat plays out, and I see five distinct combat styles (swashbuckling, orc soldiery, ghost-fu, wranglin’, scary-ass magic) that can be brought into play and interact with each other. Looking forward to it.

I did love being able to Defeat (and storytell about) the Monster of the Red Laser Pointer of Legend (with thanks to Ann), but I suspect Carabas’ tactics in full-up combat will be much more of the Keep Them Busy (in close quarters, so that I can exploit my Sting Like a Bee abilities), with appropriate ducking out of sight in order to pounce unexpectedly. Which, I guess, is kind of swashbucklery in a Three Musketeers (1973) fashion (dearth of musketry aside, it seems in recollection that the 3Ms dispatched at least more than half their foes with something other than being better swordsmen).

So, I want to talk about this, and I think we have two games that have combined to give us the perfect metaphor.

You remember who else had trouble getting through a door? 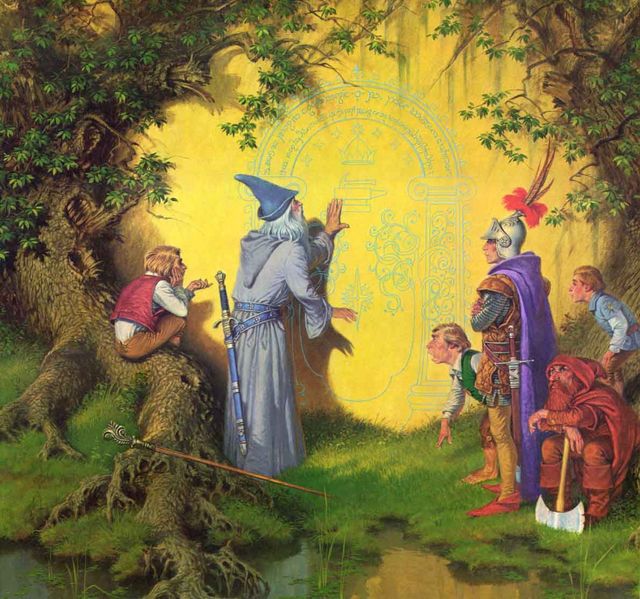 The solution in their case was to keep it simple. Don’t over-think or over-complicate problems. Let one move resolve a problem, if it makes sense. Let it be the move that sounds logical (e.g. “keep them at bay”) at the time. That resolution can lead to other problems, as usual.

How does that sound?

Sounds easier said than done (knowing my own tendency to try to complicate things in my head), but it also makes sense.

(More sense than whatever Aragorn is wearing on his head there.

I can give some specific suggestions, if that helps anyone.

I feel like just those three things would save us time.

Given what we kept refering to the townsfolk as, I wonder if this is one of the Fellowship moves we’ll get offered if we manage to earn their Fellowship.