Chapter 05: The Fellowship and the Unexpected Truce

Stuff is still falling from the ceiling. Dust and rock and grit floating down from above. Hot metallaic, tile-cutting scent in the air …

And above … Some panic, some looting, random violence, people running about clutching their possessions …

Near where we were … the son and his wife, of the Innkeeper and his wife (Bernard and Joan).

[Ann] Humans are less tied to place than others. It’s not permanent.
The people who are already authorities are the people more likely to step forward in the case of the emergency; people aren’t looking for the mayor to command them (and save them).

The son and daughter-in-law are heading for the gate … not too far along, though, because they went to the inn to find Mom and Dad, and so now they’re running into clumps of people encouraging them in different directions.

Mist barges still rising, with some folk struggling on them to get on, dangling from ropes, etc. The Son and DiL decide that, yeah, the gates sound a better idea.

They do run into some folk who saw the 'rents headed with us.

[Virens and Carabas] … Airships … yes, they are crystal powered (crystals drawing on the ley lines).

Cracks in the statues … driving down into the ground … into our cavern.

In Final Battle! Or … Not

General and Wynn exchanged blows. Wynn knocked the General back, hissing in annoyance. Flurries of action. Carabas and Ecki in a bit of chatting, ending in scowling. Rowan watching … the 30ish brigands who are sidling away. Until he notices the teleportation crystal in Carabas’ hand.

Such things are rare. Extraordinarily rare. Like Indiana Jones artifact rare. Like named and numbered rare. (“Palantirs … a perfectly cromulent example”) They were made by Magisters of Old … and others say the Magisters came across them … so, yeah, predates the Council.

The size of a soap dish.

As soon as Carabas flips it in the air, both Harbingers are … focused …

All right, wait. Nothing good come from further altercations here … things could become very difficult here, very shortly. (A bit of ceiling crumbles.) I don’t think any of us want to be in this situation right now, as it stands, and none of us want to experience if this continues to deteriorate … I am proposing we part equitably … and, if we most, pick things up at a later date. I will require that. (Points) Back, for reasons I believe are obvious [to Rowan] so that we can leave, and leave you to whatever wily machinations will see yout safety. And in exchange, nothing bad need further happen. We need not be at odds over any of this. Either the the ceiling will fall on us or That Thing will send us into the heart of a star …"

That gets a reaction from C.

He glances around at everyone else.
Ann is there in case things don’t go as agreed upon. Ready.

Rowan is laser-focused on Ecki. Ready to start a fight.

[Battle? Willing? Or maybe move on?]

Bonds:
I once told a lie so good that Rowan still believes it.
Carabas can be trusted in tight confrontations.

Carabas sees R’s tension, swallows, gives a small laugh and flips the gem over to Ecki, with a “Yeah, I already had the fun of taking it.” kind of a look. “Deal.” [Said first, so E’s bound … and so is the General]
Flips it short so that E has to move quickly … and the flash of extreme annoyance at looking panicked for a brief second.
E steps to the side, turns to Rowan, takes a step.

“There are wheels turning Magister. You don’t want to be on the outside of the rim. Are you sure about this?”
“Yeah, take your gem and go.”
Irritated. Well, I’m sure I will see you again on smoother roads.

Wynn: Not paying (visible) attention to the Harbingers. Fixed on Siflae. Didn’t know them in the past. Siflae … eye sockets glow within the helmet, returning the gaze.

Ecki walks to Siflae. “With your leave, my lady.” Siflae flicks their wrist, just do it. They flatten, turn to a line, shrink to a point, and vanish.

C - Well, there’s a victory for you!
R - (Is already focused on the bandits.)

Virens (once confirming Wynn says this is the way to safety) says to the bandits, “You talk a lot. Join us or die.”
Catches the bandit leader in mid-bow. “Excuse me?”
“There are people in the city. Guide them down here to safety, and you will be safe when you join us.”

Talk Sense. Blood. Wynn supports him (mutual bonds) … with Hope. --> 10!
“Okay!”
“Now wait just a --”
“WE WILL BE THE HUMAN CHAIN – AND DO IT RIGHT NOW – AND USHER MORE IN AND SAVE ALL WE CAN BEFORE THE STATUES COME CRUMBLING DOWN, NOW EXCUSE ME WHILE WE GO DO THIS!”
Jane: “And you be sure you bring my son and daughter-in-law with you!” (grabbing the ear)
“YES! WE WILL OF COURSE DO THAT!”

And they show up with them. And it leads to DiL and MiL arguing over who left whom (with Carabas leading the way).

Figuring out passages to take. Wynn … how it was like back then, and one thing that hasn’t changed.
Remembering the days of when there was regular shipping here and there, to Ohir, to the Drolopes. The Forges remain the same, in disrepair and even those still working are turning out crap. So more recent stuff is in the upper vaults, probably less cool. 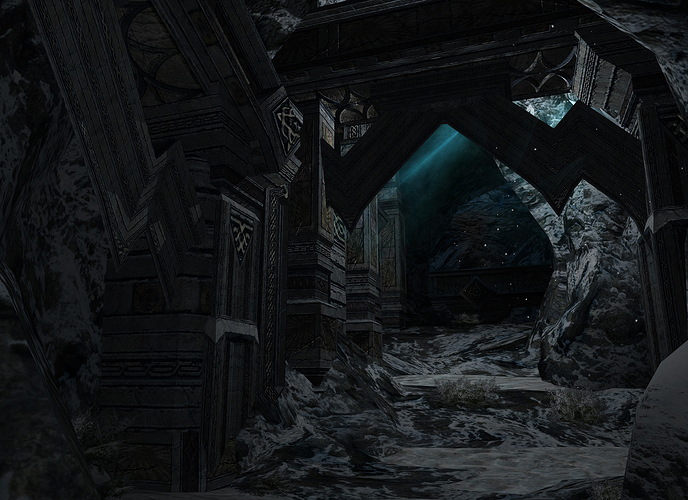 A Journey in the Dark

So … there’s a fascinating thing, enticing to examine or poke …

Wynn: So there are so many wonders below that exceed anything the moderns can create.
A large gem, left by the Drolopes as a demonstration of their skill. Set into a mithril-gold filigree, a technique long lost, wrought finer than etc. etc. Originally designed for one of the great sorcerer-kings of the north. Set on a base of magic crystals, ceiling and floor, with it floating in mid-air.

Rowan: Gobsmacked by this, seeing it as he goes past the room. Perfectly round room. Carvings on the walls, almost like a map. Don’t want to be a thief. Wynn just says, “Be careful about touching it.”

Very carefully, put both hands around it … opens his mind to speak with the stone.
Speak Softly … --> 6

Better to take it than leave it in the hands of the enemy.

Hands it to Virens.
Virens tucks it away.

Emerge from carefully crafted exit, a quarter mile from the walls, in the red forests, and in the Mists. What’s the risk here to the hundred-off folk here?

The Mist can deceive and distract people to be dragged off as Mist-Addled.

Ann: (1) Everyone has something to do, and (2) everyone has a buddy. Like Summer Camp. Keep them focused. Keep reminding them of their job.
Also, songs.
Trust with the safest way out, quickest way out.

Bonds with humanity. Touch on the shoulder. A smile. A sharp remonstration. And how quickly she learns the names. ==> Bond with the Refugees of Redvalley.

Megafauna lives here. One’s in your path. Is this something to run at or run from or walks around.
Large herbivore – not out to eat us, but well armed to take care of itself.
Enormous (and disturbingly terrifying), plus has its own ecosystem. 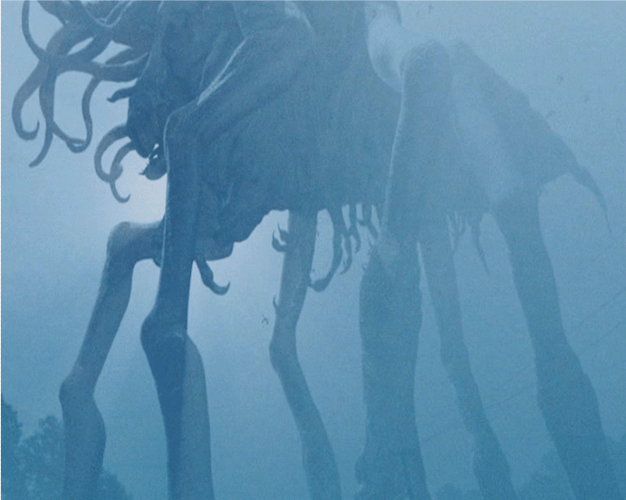 Gets out his sabertooth knife. Gets out his drum. Trying to create a regular heart-beat. Shapes emerge from the mist … animals … spirit guardians who were with his brother’s expedition that got crushed.
Folk stepping forward. Even some humans.

I loved both Ann’s unifying-focusing-bonding camp songs and Virens’ shamanic drumming. Both were very appropriate.

I was very, very, very expecting Carabas to get the Jewel of Unbearably Tempting Plot Complications, and I am just as glad that Rowan got it (and gave it to Virens to hold onto). Nicely done.