Chapter 12 - The Fellowship and the Tour of the City

Chapter 12 - The Fellowship and the Tour of the City

Where we left our party

Had arrived in Chains Cross, and had taken our measure of the city. Landed in Lilacs East, off to the Black Web market area. Signs and astrology from Rowan.

2. This influence is being obfuscated.
3. The Mayoral Guard are on their way, with a fresher “taint” than others.

Rowan expects the Overlord is out to pull the power from the city’s “emerald heart.” And maybe out to do something to the people of the city.

Wynn knows that birds harry Ohir remnants. There are birds, but they are off in the distance.

The tromp of guard boots are approaching from the center of town.

Carabas: “Now see how a Catling does it!”
Leap to the center of their foundation. “Ha-ha! The Knight of Harbingers is upon you! Ha-ha!”
Keep Them Busy --> 8!
Attention on him … but will retaliate.

Trying to keep them following. At least one time while playing possum … girl in armor, watching, squinting at where Carabas is running off, getting what he’s doing.
The little girl tackles him. “Why are they chasing you?”
“I fear for what they might do to my friends.”
“They are nice people … but the aren’t nice right now.”

“The mayor has people making them do not nice things. Are you with them?”
“No, I’m here to save the city, be the hero, fight against the bad guys!”
Eyebrow.
“No, I’m serious!”

(What do C need to watch out for with these guys?
Even if C convinces them of good intentions and innocence, cannot trust that the guards, or anyone under the command of the Mayor, will stay on our side.)

Carabas gets guards out of the way, but with repercussions. Goes on for a bit. The girl keeps popping up, and his gallant response keeps getting more strained.
Through bits of the city, the Black Web, the Emerald Pit (an opening to the pit of the heart to the city). More guards, city guards getting picked up. And some of the city folk, too.
South side, deeper fog, easier to lose people. The Twin Nests [4]
“Who are those other people you were with?” “Nobody.” “Man in the robe. Is he a wizard? Why do you have so many horses? Do you even ride a horse?”

Virens - ready to present himself ready to confront a hostile situation, confused by C taking it over.
Rowan - Carabas has bought us an opportunity, let’s not waste it.
Wynn - Distracted.
Ann - Won’t be subtle as long as we have all the animals. Trying to herd the team.
Virens’ crossbowman, Embarto, is willing to hang out and … check out all those purses.
Ann - Circle out through the Lilacs to stash the animals. Get in Rowan’s way, dammit, talking sense.
Wynn lets himself be ushered along. For now.
Get the animals take care of, including the Fennics.

Opening down into an existing tunnel, which has walls in a brick pattern. Sense of claustrophobia … oppressiveness of surrounding stone. What the effect on the population was meant to feel like.
Tunnel is wide and tall. Greenish light, brighter downward. Louds, metallic clacks and clangs. Hammer and anvil, but flat, like a broken aluminum bat.

Rowan: deliver a message to Carabas (whispers in the wind): Heading into the tunnels under the city, meet us there.

Curving toward the light, leftward, sort of a spiral. Head downward. Opening on the inner curve … archway, opening to a brass catwalk, wall of crystals, looking down into the main space, very high up.

Wynn is not there. Off to the Old Temple District. If they can detect Siflae, then the reverse is true. A fitting place.

Carabas - The Twin Nests, from the Fog Walk (at the edge of the island, mist from the magic of the island warming the air) …
Fog Walk … perfect place for a prison, surrounded by slums, black market.
Girl: “We shouldn’t be here.”
Asking him about fog, does it make his fur damp, does he prefer to lay out in the sun.
The area feels much more antagonistic, menacing. Sounds of guard activities. Is it more worrisome the folk who close their windows to him, or the folk who note carefully where he is going.
Girl: Twin Nests … no fog there, and that would be better. There would be other things, creatures, just along this way …

Shadows in the fog. Locals stepping out of doorways. Others behind. Menacing locals.

Talk Nonsense – on a tour! free program by the city tourism board! will be giving feedback at the end. --> 12!
Nothing to see here, just a crazy catling, move along …

Carabas makes his excuses, head out at an oblique angle … follow the guy?

Let me sum up

Wynn - old temple district [3w]
Carabas & Rumi - between Fog Walk and Twin Nests, with someone possibly reporting on their whereabouts.
Others - Under the Emerald Pit, heading downwards, with Ecki nearby.

[James finally decided on my move since I leveled up last session (so long ago). I took Parry! Counter! Thrust! from the Heir playbook that basically allows for a 10+ on Keeping them Busy]

Others - Under the Emerald Pit, heading downwards, with Ecki nearby.

What I’m expecting when Ann tells Rowan Ecki’s at the bottom of the stairway.

Ann: Looks like Ecki’s down there doing som-
Rowan: Wait, Ecki?!
[Rowan looks down to see how far they are from the bottom.]

I see what you did there

Does that sound right to everyone else?

I see what you did there

Actually, yes, I did.

Yeah. I mean, I don’t want this to be running from one battle to the next, but I also felt that some stuff ended up taking longer than it ought to have (and that includes Carabas’ star turn); decisions were probably sifted through in finer detail than they needed to be; Doyce (et al.) were probably called upon for city color text more than we needed.

But I agree that we had a good spread of spotlights, I’m glad I just dove in with Carabas, that Wynn surprised everyone by wandering off, and that, holy crap, what the hell is Ekki doing down there!

Wynn surprised everyone by wandering off

Plot threads that I want to see in rough order of priority:

Wynn surprised everyone by wandering off

Plot threads that I want to see in rough order of priority:

Wow, this is a lot of pressure. You mean I have to actually think about what Wynn is doing? 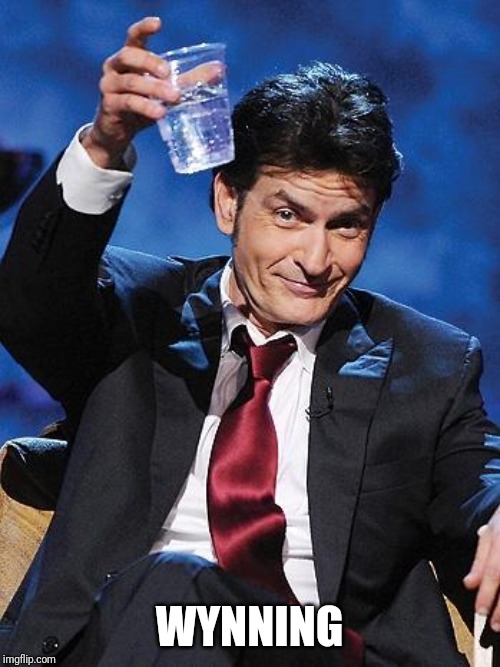 You mean I have to actually think about what Wynn is doing?

I mean you could just bumble through things like I’ve been doing so far. Given the source material, bumbling into adventure seems perfectly in genre.

So I don’t think that “confrontation with danger” has to be battle all the time, or even most of the time. Consider the original LOTR Fellowship:

Very few of these encounters were “we hit it until all its hit points are gone”. But all were dangerous.