Prepping ahead of this Saturday. 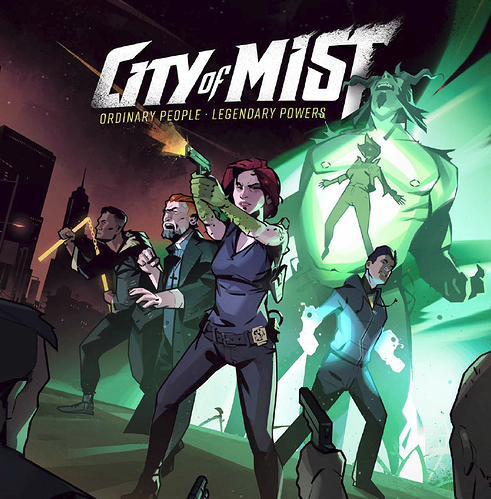 A noir game about mysteries and investigation. An introduction to the game from the game itself.

Welcome to the City of legends made flesh.

In this corrupt and haunted metropolis, anyone can become a living gateway to an ancient myth or legend. In the shadows of shiny skyscrapers and derelict residential blocks, ordinary folk wield supernatural powers bestowed by the stories that live inside them, but those same stories threaten to tear their lives apart.

The Mist, a mystical veil known only to a select few, prevents the unwitting City residents from ever acknowledging the miracles they witness daily. It hides the legendary and distorts it, making it look plain and mundane. And so, distracted by their everyday hopes and fears, the people on the streets remain oblivious to the clash of mythical forces that drive and control the very life of the City.

You too were an ordinary person, until the seed of the legendary awoke within you. Now you are a Rift between the worlds, seeking answers to questions about your powers, but the truth always seems to elude you.

Awakened or not, you still want what every human being wants: love, money, power, peace of mind. Together with your ragtag crew of gifted individuals, you work to reveal the powers operating in the dark smoky alleys of the City, just as those very powers seek you out for what you are. You will hit the streets in search of the strange cases, loose ends, and unsolved mysteries that will lead you to the truth, inevitably clashing with other legends in mortal form, the modern day incarnations of stories from beyond the Mist.

Be warned – the truth is as dangerous as the forces that hide it. Only when you find yourself sacrificing that which is dearest to you will you truly learn the answer to the ultimate question: ‘who am I?’.

But will it be worth it?

To see if I’m getting the right idea here:

A photo that keeps getting spookier:

To see if I’m getting the right idea here:

All of those sound fairly correct. 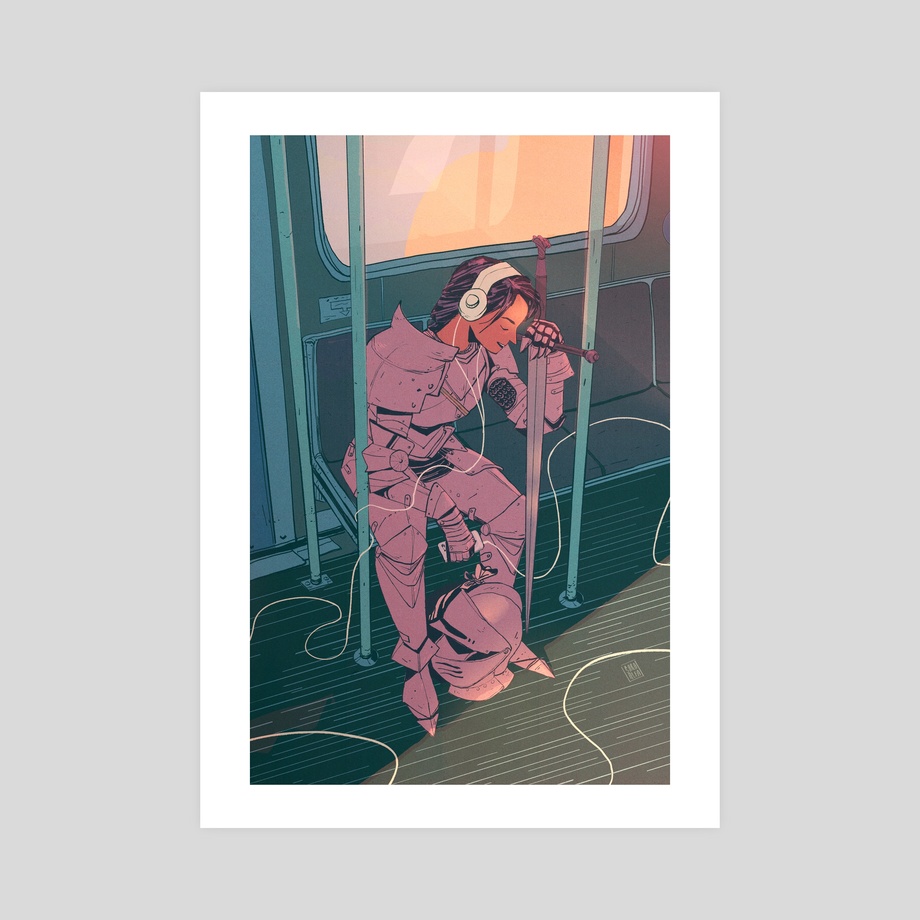 A Knight's Commute, an art print by Sara Alfageeh

Slowly updating the game with transcriptions of the player moves, but in the meantime, I’ve added a link to them in the original post.

Also, the five pregenerated characters have been added to the Roll20 game. Take a look and see if anything grabs you.

Take a look and see if anything grabs you.

Tlaloc, Job, and Baku all look interesting to me, in about that order.

Finished transcribing the Core moves. I have some of the cinematic moves in there, but I think I’ve still got a couple to do (going to need to check the book).

Also, for anyone who’s wondering just what you can get away with in this game, here’s something fun the creators put together a couple years ago.

Dumb question, but did we already agree on a time for Saturday or are we just using the same time as the Masks game we played a couple weeks ago?

did we already agree on a time for Saturday or are we just using the same time as the Masks game we played a couple weeks ago?

When I’d pitched this idea, I used that time slot (12-4 Denver time or so, or however long people last), and that is still okay for me. If folks need to move it around, I’m okay with that, but I have a game at 5pm your time that usually lasts a few hours, so I have to stop by then.

Good, just wanted to make sure I was on the same schedule as everyone else.

Wonderful game guys. While I won’t give a Dave-style recap of things, I was happy that we:

Looking forward to the next game on September 7th. And if anyone else wants to drop in, I don’t think our “one-shot” Saturdays really care about consistent player base. We could easily fit someone into the second half of the game next time.

Aside from the noir films and subject matter we talked about, there’s another source of inspiration: Read or Die’s I-Jin. These are clones of famous historical figures who’ve been endowed with legendary versions of their notable attributes. For example, a clone of Mata Hari is a super-spy with the ability to phase through matter, and entomologist Jean-Henri Fabre is given mental control over swarms of insects.

Things I need to remember for next time:

All in all, nothing game breaking but some things I do want to keep in mind to make sure we’re experiencing the game as it was intended to be run.

[Start Voice-Over Monologue]
Well, just when I thought I’d gotten out, they pull me back into the City of Mists…
[Cue melancholy sax music.]

So Saturday we’re planning on @garrett and @Divine (and anyone else who wants to join) playing City of Mists. We can do some pregenerated characters again, or we can go through character creation. Which do you guys prefer?

Pregens are typically easier when system familiarity is lacking but I can roll with just about anything, so whatever people prefer I am willing to do

I’d say do the pregens as well.

Well it sounds like the pregens have it. Anything sound interest? (I have more if those seven don’t tickle any interests.)

Roll20 Game Link in case anyone needs it.

From the pregens already in the Roll20 game: Baku might be interesting though I’ll defer to Divine and play Job or Detective Enkidu if it comes up.

From the pregens in the Google Drive folder: Declan L’Estrange or Post-Mortem would be neat.