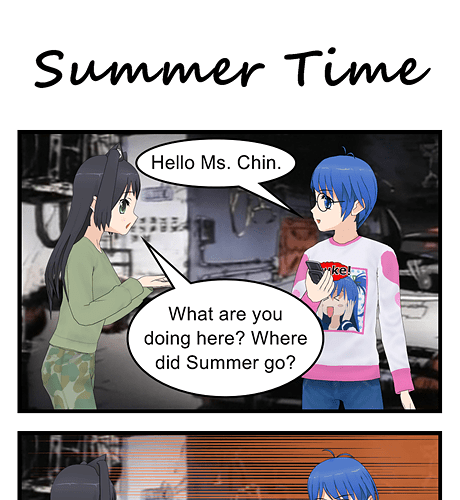 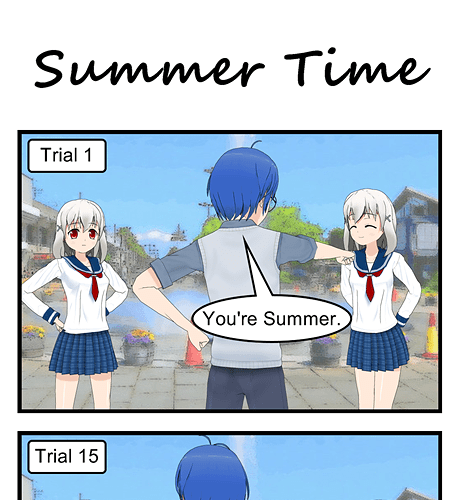 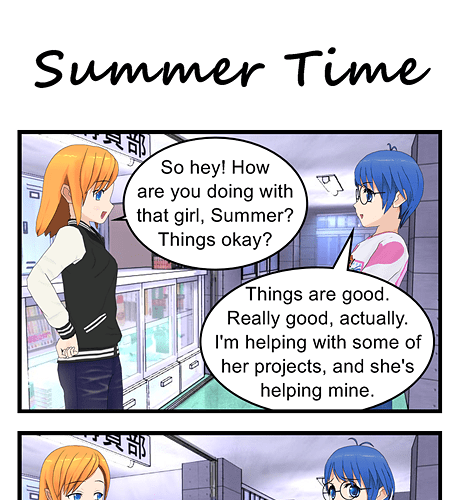 I think we’re at the third or fourth ring of NPCs here, starting from our core PCs. Pretty soon these strips will be “The Adventures of Colin’s Little Brother Austin”. 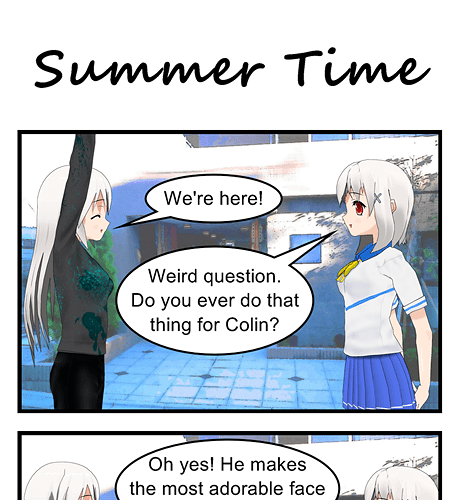 I’m the cartoonist and even I’m confused. 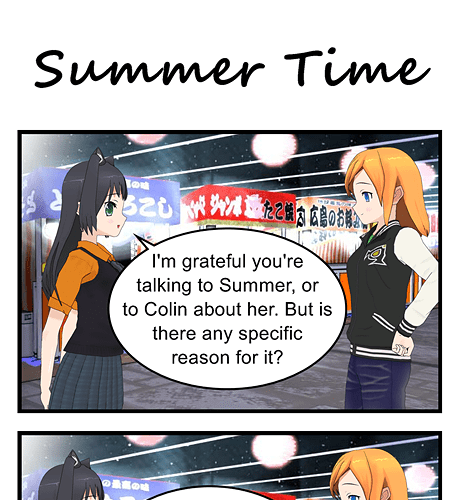 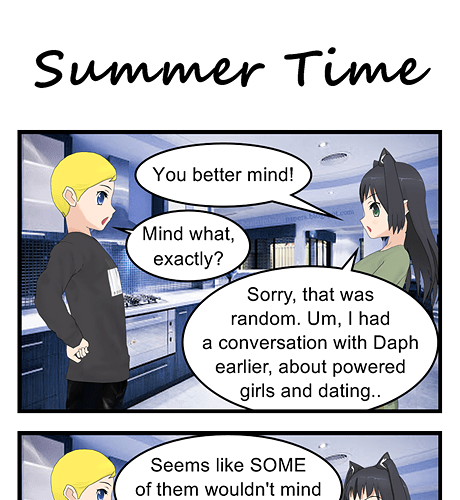 Following the talk with Daph, Alycia works off some latent insecurity the way we all do: by picking on Jason.

She was just in the mode to do so. 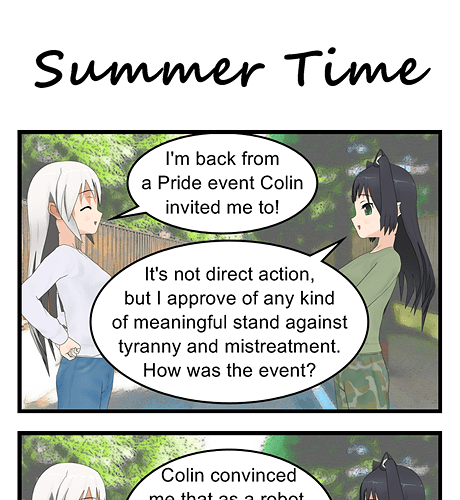 Posted here due to activism-related content. I’m on a couple atheist/skeptic discords these days and some of the stories inspired this comic.

Apropos of nothing, if you haven’t already read the “Astro City” comics by Kurt Busiek, you really ought to. It’s a marvelously grown-up (“adult” gives the wrong impression) take on the comic universe, without deconstructing the tropes. The very first issue was a beautiful story about why ordinary citizens would choose to live in a city constantly caught in hero-villain conflicts, and it’s just gotten better since then.

One character in particular is relevant to Aria and Summer. Her story isn’t theirs, but it did what I have always tried to do with the Newman sisters: take this idea of a robot girl, hop into her POV, take her story seriously, let her be the protagonist, and really think about what it means to be her. 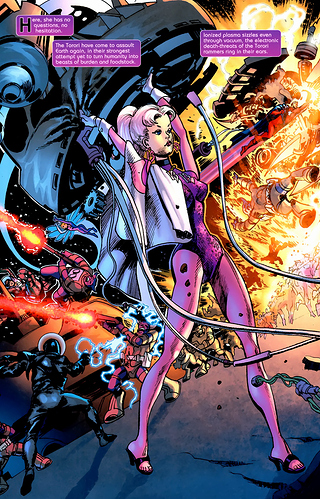 Beautie is a gynoid modeled after a child's doll. Created as a playmate, Beautie was disposed of when she was discovered. Waking up in Astro City, Beautie decided to fight against injustice so no one would be simply tossed away ever again. Beautie is...

Astro City is da bomb. I have all of the collections up to a point, and need to (now that I am gainfully re-employed) pick up the rest.