Demigods Session 0 - The Tale of the Demigods

Margie is playing Haruki, the Reaper

Doyce is playing Kamaka, the Elemental 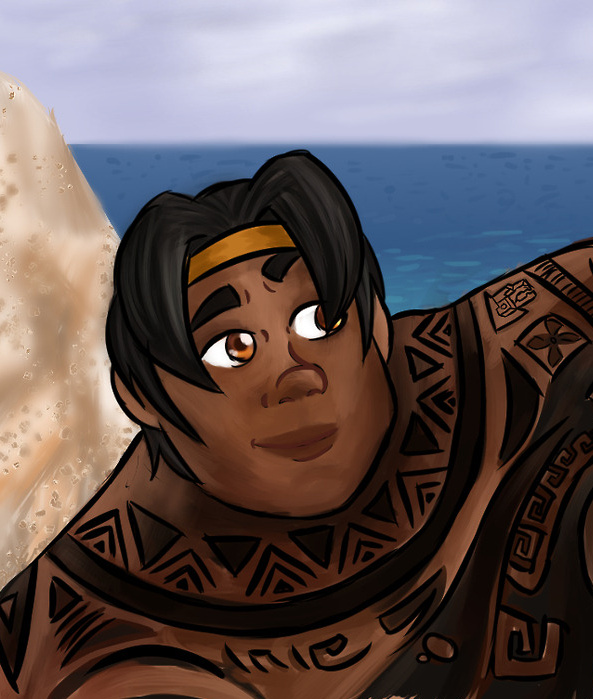 The Spindle is a sacred site: Pu’ukohola Heiau 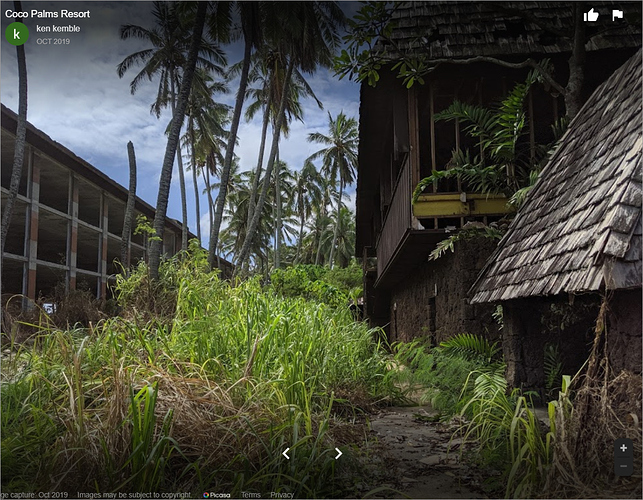 You folks really made this happen! It looks great. We’ll see where things take us come next Monday.

Fun stuff, interesting playing with archetypes. I was impressed that everyone (except myself) actually pulled up an interesting non-Classics mythos to work with, let alone our end up in Hawaii.

The one bit in the character creation that felt missing (and it’s not something called out in the rules) is building a concrete feel of who the individual characters are. We talked about the character concepts (again, not really in the QuickStart), but the Tangles felt a bit strained as we tried to calculate who fit into what sort of person (the players helped with that, but even there, I know I don’t have enough of a handle on the character to be sure everything I committed to makes sense).

I’m going to build a relationships map based on the Tangles, which may further clarify things. UPDATE: Map Below

But overall, cool beans, and I definitely look forward to seeing how it works in actual play.

We talked about the character concepts (again, not really in the QuickStart), but the Tangles felt a bit strained

I feel like this coming week might shake that down, but I generally agree, it’s hard to just pull a crew together in the moment. That’s one reason I’m glad I can set up some wiki posts for people to go back and tweak.

You folks really made this happen! It looks great.

Bill, everything that happened after you left is in the recording starting… here. 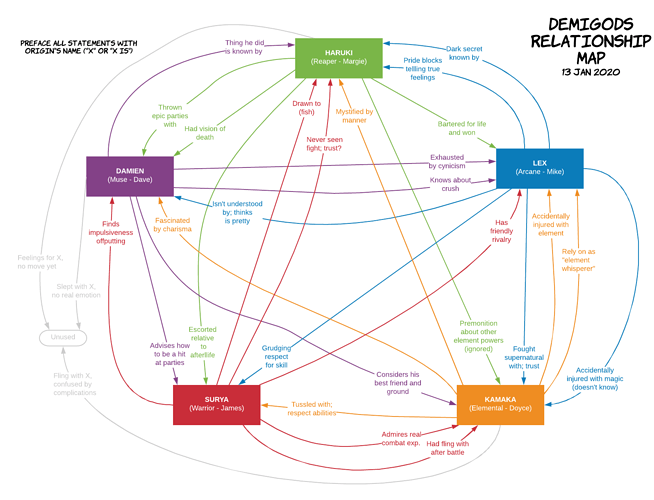 I sneakily edited it above, but in developing Surya more I’ve decided that Surya’s pronouns are more she/they. Just putting it here so it gets seen. Looking forward to the next session!

I did see the edit earlier, of course, because I have no life.

Should this be considered retroactive (in the fiction, it was always thus), or would Surya themselves have shifted during their life?

Should this be considered retroactive (in the fiction, it was always thus), or would Surya themselves have shifted during their life?

Had not considered that. I will think and get back to you on that.

Update: It’s retroactive. Thanks for character development patience. In other news I’ve done some design for Enki. It includes big 80s shoulder pads, weird al hair, and hammer pants, or swim trunks if he takes the day off.

Margie is playing Haruki, the Reaper

I randomly tweeted this: 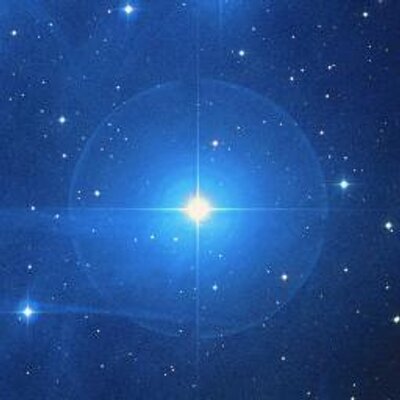 Somatic components for spellcasting as a sign language for praying to a deaf god. #dnd5e

But I happened to also look and Ebisu is considered a deaf god. And I’m reminded of this film:

Odd Thomas is a 2014 American supernatural mystery thriller film based on Dean Koontz's novel of the same name. It is directed, written, and co-produced by Stephen Sommers and stars Anton Yelchin as Odd Thomas, with Willem Dafoe as Wyatt Porter, and Addison Timlin as Stormy Llewellyn. Odd Thomas (Yelchin) is a psychic who lives in a small town in California. He describes his ability as, "I see dead people, but then, by God, I do something about it." One morning the ghost of a teenage girl, Penn...

One of the tells from Odd Thomas is that the dead can’t be heard by the main character, though he can see them. I don’t know why these things are coming together, but I thought I’d mention it because it’s interesting to me.