Ever since he was little, Doctor Cornell Afterthought (he wasn’t a doctor since he was little, just to be clear - the Ph.D. came much later) has been fascinated by the power of language. Fluent in numerous languages, and dabbling in other sciences, he felt confident that his dissertation would revolutionize both the field of linguistics and the broader scope of science.

There’s only so many ways to say “they laughed at me at the University”, but Dr. Afterthought can say them all. So he approached TeslaDyne.

At this point, Cornell’s interests included:

By putting these findings together, Cornell had discovered a principle that a human being, training themselves to think in a specifically constructed conlang, could literally reshape their own brain, unlocking latent potentialities such as psychic abilities. He dubbed this field “action linguistics”, and had the presence of mind to lock the TeslaDyne interviewers into the room with him long enough to actually demonstrate what he could do. The rest, as they say, is linguistics history.

The Power of Positive Thinking

Useful for Narrow Definitions of “Useful”

"Afterthought is an unusual last name, isn't it?"

“Ah. Yes. You see, my great-grandfather, coming to America, was very proud of his English. He was always practicing his new words. My great-grandmother would drill him. So, when he comes through Ellis Island, they ask him many questions. He answers, and he is proud of the big words he uses. Not all right, but all big.”

“So. The interviewer forgets a thing. A very important thing. My great-grandparents are on the way out. The man at the podium shouts after them: what do you want for your last name? My great-grandfather does not hear clearly. But he recognizes the man has forgotten something and is now remembering it. He says, ‘ah, afterthought!’ because that is the word for such things. The interviewer shrugs and writes this down.”

“Later, my great-grandparents receive their papers. They see this big English word as their new last name. They are very proud. And so it has stuck.”

Fun Action Linguistics Fact! Language can be used to start a war. Example:

The Ems Dispatch (French: Dépêche d'Ems, German: Emser Depesche), sometimes called the Ems Telegram, was published on 13 July 1870 and incited the Second French Empire to start the Franco-Prussian War and to declare war on the Kingdom of Prussia on 19 July 1870. The actual dispatch was an internal message from Prussian King Wilhelm I's vacationing site to Otto von Bismarck in Berlin, reporting demands made by the French ambassador. Bismarck, the chancellor (head of government) of the North German...

"La Javanaise" is a song written and composed by Serge Gainsbourg originally for Juliette Gréco, and interpreted by both her and Serge Gainsbourg in 1963. The first recordings of both artists constituted the B-sides of each of the two 45s. One summer evening in 1962, Gréco and Gainsbourg spent the evening listening to records and drinking champagne in the huge lounge at 33, rue de Verneuil. The next day, he sent her La Javanaise. […] It seems that Gréco had debuted it in March 1963 by placing it... @DIYferret
so, Chinuk Wawa (a Native American language) was declared extinct in the 2000s, and then undeclared when approximately 650 speakers came forth, and instituted language learning programs one of those speakers is out here writing game of thrones fanfic
garrett (Bill Garrett) February 24, 2022, 7:38pm #8

An example of a modern conlang (constructed language) is Toki Pona.

Toki Pona (rendered as toki pona[a] and variously translated as 'the language of good' or 'simple talk'; IPA: [ˈtoki ˈpona] (listen); English: /ˈtoʊki ˈpoʊnə/) is a philosophical artistic constructed language (philosophical artlang) known for its small vocabulary, simplicity and ease of acquisition. It was created by Sonja Lang, a Canadian linguist and translator, for the purpose of simplifying thoughts and communication; the first draft was published online in 2001, while the more co Toki Pona...

…although it was not created to be an international auxiliary language. Partly inspired by Taoist philosophy, the language is designed to help users concentrate on basic things and to promote positive thinking, in accordance with the Sapir–Whorf hypothesis.

An example of the written form: 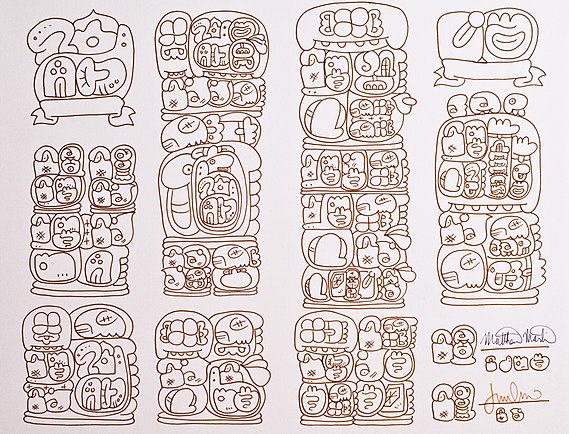 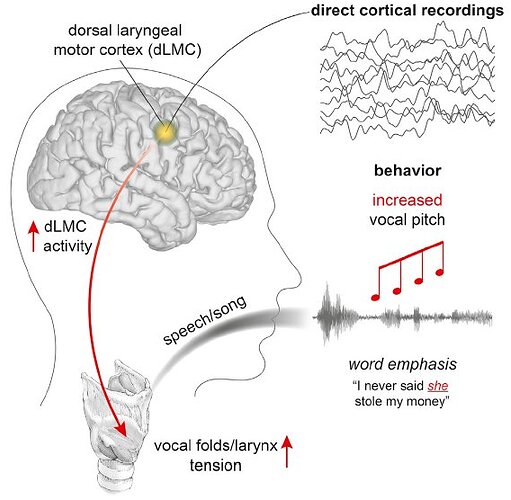 'Music of speech' linked to brain area unique to humans

We humans are the only primates that can flexibly control the pitch of our voices. This melodic control is not just important for our singing abilities: Fluctuating pitch also conveys critical information during speech—including the speaker's mood,...