Party in Taffy’s Bar, having somewhat covered their tracks on the body [with a roll of 4, which will certainly have consequences.]

Looking out through front window at the Hegemony troop carrier pulling up (er, hovering down) outside. 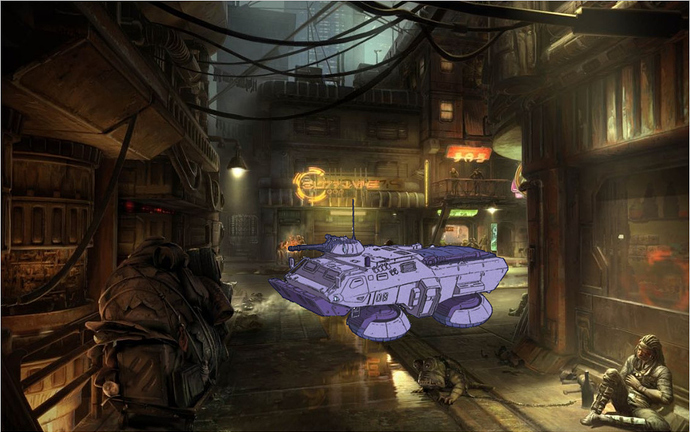 Armin - out the back! [Group skulk. Bay is leak Skulker.]

Flashback - Monster in police custody in the past, hearing cops talking about the great chili at Taffy’s. Then escaping. Then deciding to go back to try the chili. Then the cops tapping his shoulder. “Was worth it …” … and then, post-melee, leaving by the back door. Good thing it was a different bartender.

Monster turns - gives very sincere and stern instructions on how to get out the back and through the immediate alley warren.

Head out the back and twists and turns. 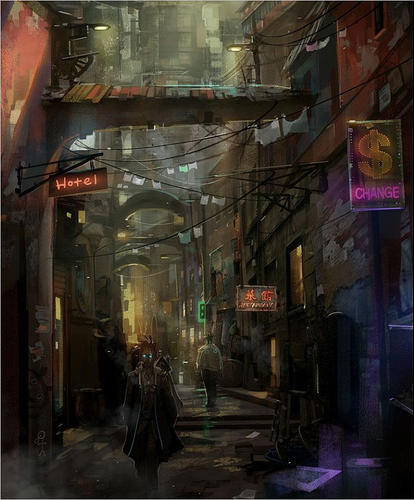 Bay - “What direction do we --” and hears the distinctive sound of a particle accel pistol powering up.

Figure steps out enough into the street to be visible - intentional. We all stop, and people in the area gets very vacant. 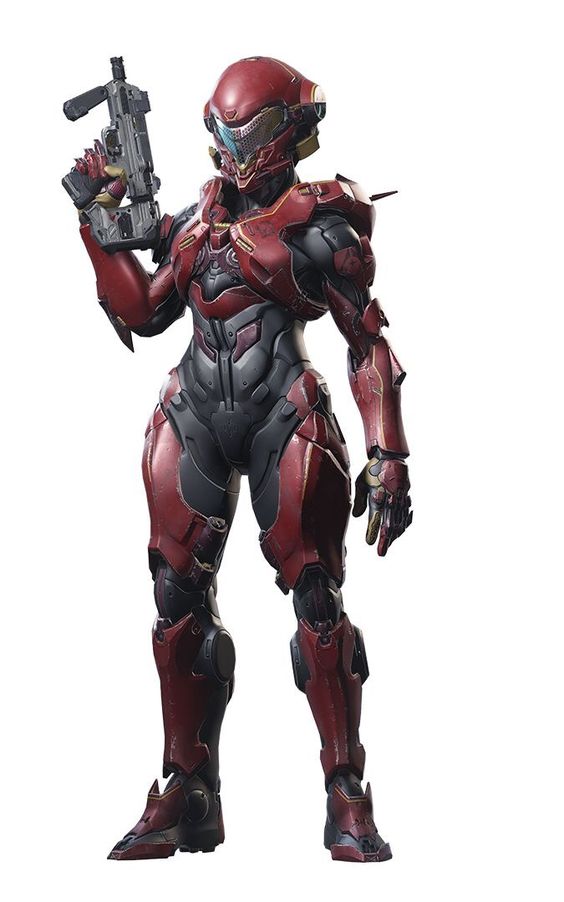 Chides Monster for going back to the same place again.
M - Aya!
A - Stay there. Not here for a social call. Here for a job.
M - Oh, very sad.
A - Friends are involved in something with a lot of people willing to pay a lot of money for what you’re carrying. So what’s going to happen here?
M - Would rather this not end with people getting … smooshed.
A - Would rather not not make a scene, but would like to get paid. Walk into the alley.

Armin - How much?
Aya - Yeah, you’re cute, but I don’t think you have the credits for this.
Armin - How much from you?
Aya - Huh?
Armin - 51st Legion, right over there. Once the gunfire starts …
Aya - They’re not looking for me. They’re looking for bodies and that case. They’re not going to be shooting at me. Not sure you have a leg to stand on.
Monster - Much better to discuss than one or more getting … smushed.
Armin - If you’re getting paid for the case, we’ll give you the case.

[Monster takes a point of stress to offer an extra die to Armin’s Sway (Risky/Standard). -> 6!]

Aya - Monster, I could probably argue that I could take the case from you, right? Then both get bragging rights?

Flashback: Cut to … the ship! Galley. Case on the table. Bay does an Attune (Controlled/Std) -> 6! It sings! Something unique, never felt before.

Armin and his magic ring of keys.
Open the case. Glowy insides.

Inside … an artifact. About the right size - kind of a planchette / guitar pick, mounted on a display case, with a weird visual distortion around it. Which has been sitting in the galley for months. 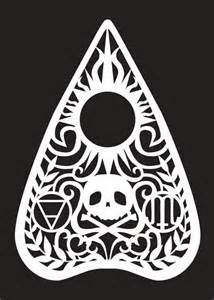 Monster - “Huh.”
Aya - That doesn’t look like … I’ve seen those in thrift shops before. I don’t need to know more. I’ll get paid, and you wily creatures can be on your way.
I buy you drink. We have fun.
Yeah, that usually doesn’t happen.

Ideas to get out of here. Remote control our truck. Need a terminal and a Helm roll. Drifter’s Fine Small Urbot. Can also be a distraction. Gan Lone [Rig -> 5!]

We stop at a Noodle Bar. Monster approves of this plan. 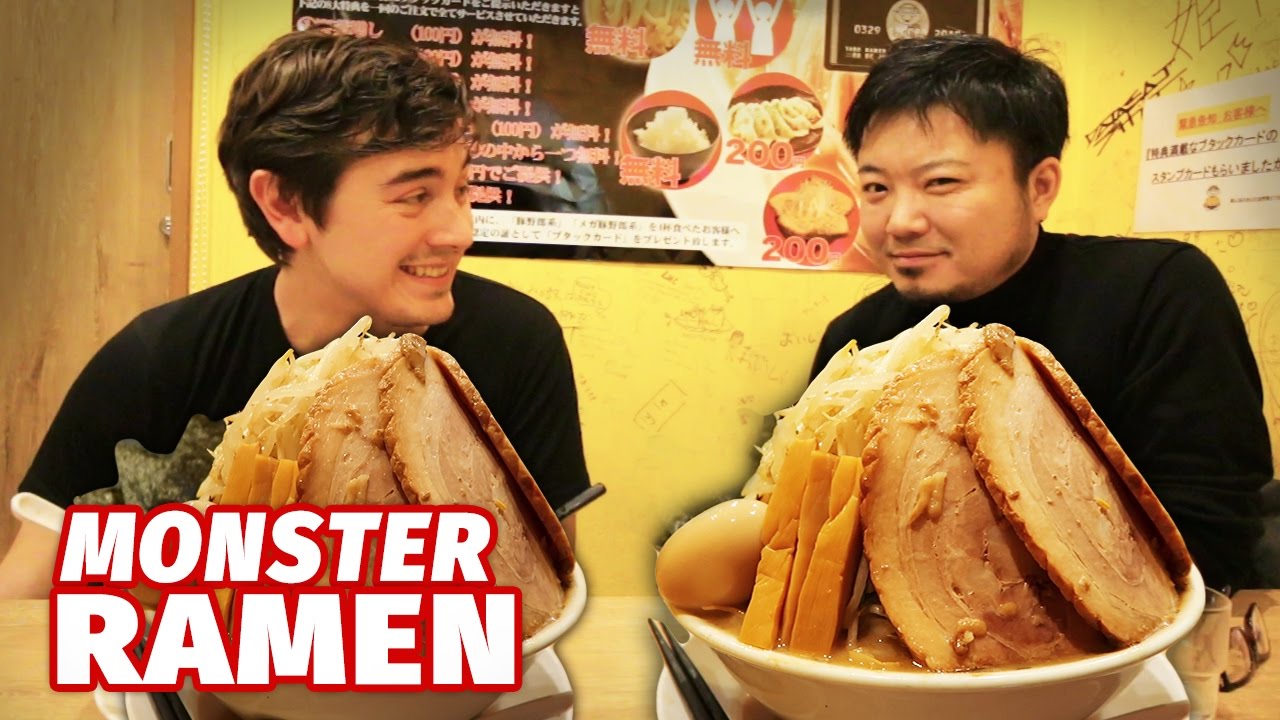 Are there soldiers at the ship’s berth? Restraints or gun ports?
There does seem to be a bunch of 51st Legion folk marching back and forth.
See them reacting to some sort of alert, watching the area around.

Bay drops a dime about … a shady great big xeno with horns on his head. But guards have strict orders to be there. So … 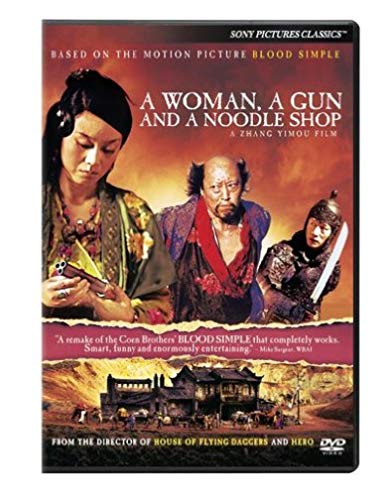 [Sway: gambit, pushing self, plus Desperate/Standard -> 6+6! Crit!] (3 ticks on the clock) (XP for Desperate Roll, plus a Gambit)
Yeah, get contact with someone direct through helmet mic.
Drifter giving directions for where it is.
Monster roaring in the background (around mouthsful of noodles). 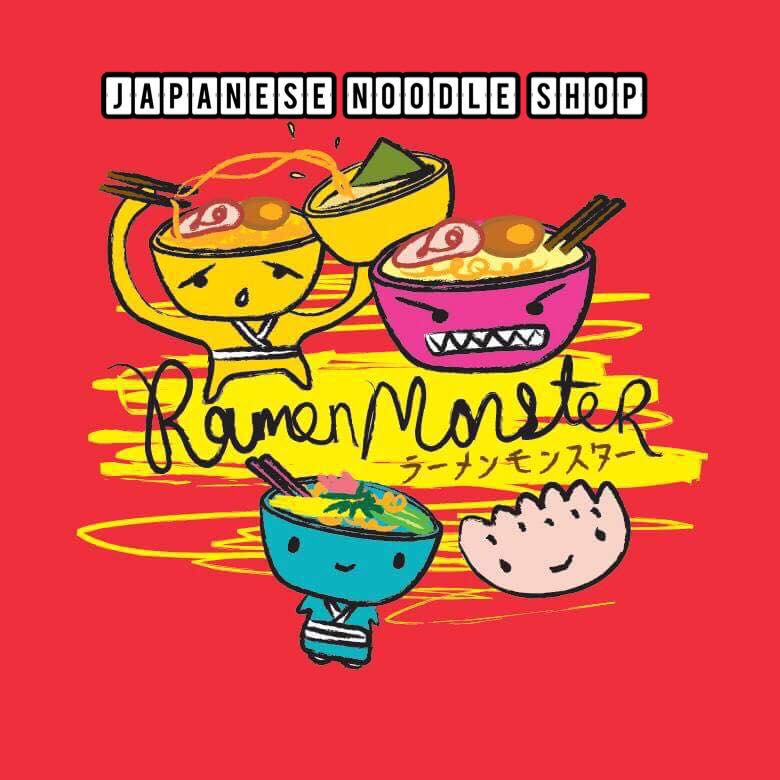 We go, too. Urbot is prepping the ship for launch.

Race back to the ship.
Drifter into the cockpit. Everone in their seats.
Ship launching.

The MacGuffin is where Bay put it in the galley when they substituted the other item in.

[Ur Items - matte metal … with a weird depth to it. Face (or presence) looking back out. Organic shapes … engravings …] 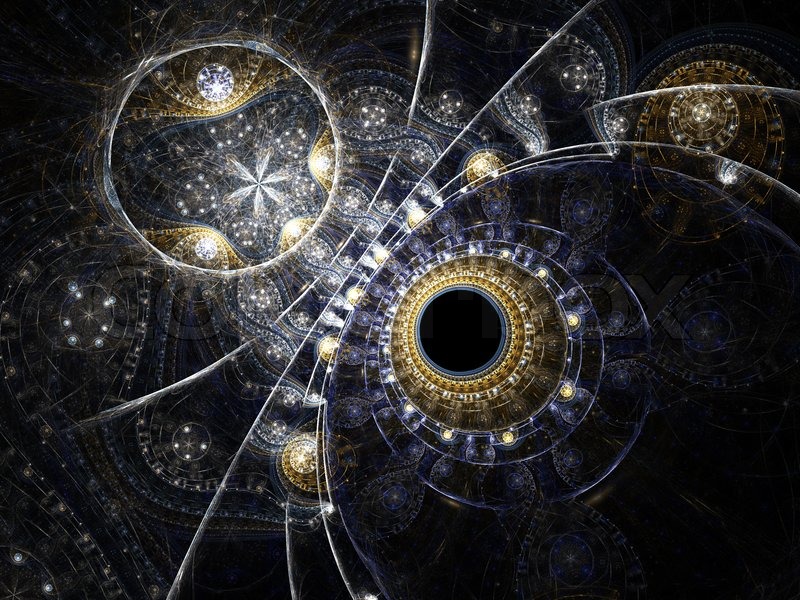 Bay [Study Controlled/Standard -> 2!] intricacy of the surface … to look like origami folds … but it’s actually micro-thin layers of this weird metal, comprised of multiple layered sheets … and as she looks at it … a couple of pieces seem to unfold …