We were at Horton’s. We’d put out feelers for potential jobs. Now we’re in the back room

Alor - There’s a job that involves (probably the Cobalt Syndicate) a target, here are some schematics – “Here Be Treasure!” – of the target. Get on this location. Acquire some data. Get out with it.

Research – this is a fairly small fry criminal organization, but annoying to the powerful. Smugglers who are better at moving stuff in some major trade channels – including a very reliable route for ungoverned moving of goods and services between Procyon Sector and the Core.

So, get to a station - someone’s private station out in the black. Holt System. Probably dark, not active sweeps or radio. Get in, get the stuff, get out.

What we know:
What the scuttlebutt indicates:

It’s a whole station, probably indicating some money. The data seems to be about undocumented Way Lines.

Approach as a hole in space and then come in through a non-standard hatch (escape pod, EVA maintenance). 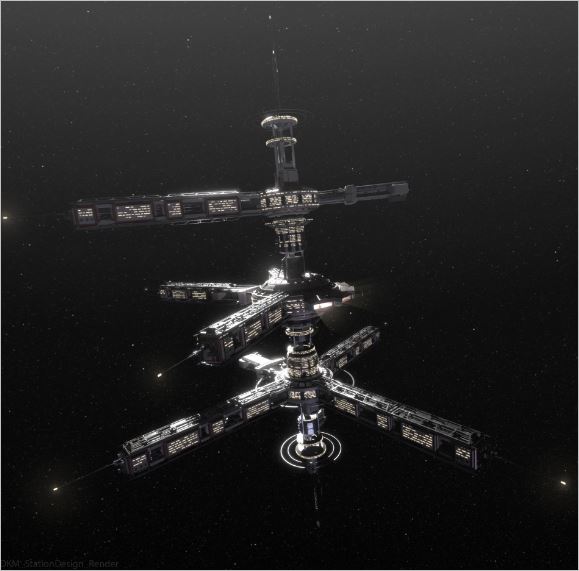 Some help. To assist with initial breach? Spend on the Engagement roll.
Involving dockmaster friend? Get us to 4 on engagement roll.

Drifter got his name because it was a roving family of space traders. But … he knows how to drift.
They’re dark – but they have a heat signature.
HUDs, plus audio indicators and tactile sensing.
Proximity alarms as we approach.

Armin is in the cockpit at this point. Hand grabbing onto his shoulder.

And they come to rest with the proximity tone in a solid beep.

Airlock cycles. Slide inside. Armin gets to the other pad, and there’s a count-down on the terminal, pulling up the maintenance underlayer of the system, for checking doors in the station.

Corridors ahead. Unusual area to dock, but not a quiet place to be. We can hear the sound of an active cafeteria of sound.

We’re Inside … Now What?

Drop off the space suits. Underneath, outfits … Starcrafter cosplay.
… Monster has heavy load …
Devil’s Bargain - agreed to a cred from the payout, for an extra dice. Out of 6? No.

Get to the lifts. People are noticing us, but not stopping us, and nobody’s of a paygrade to get involved.

Lift door opens … Armin and guest give an annoyed look, Kei comes up and introduces them.

Kei goes over, to the wall, Attune. Devil’s Bargain (Way Creatures!) Risky+Standard -> 5!
It all feels profoundly mundane. No Ur-tech.
Which makes Kei very attractive to any Way creatures …

Armor. Fine Martial Arts.
Standard-Risky … Tier 3 opposition, into Desperate-NoEffect
Margie’s assist changed effect level to -Limited.
Fine MA +1 (one).
Oh, and Drifter starts up our ship and gets it spinning it faster. -> 6+6! Crit!

Taking out (stumbling) guards, and punching out / tearing off turrets, ending in a 3-point on the control board.
Punches button.
Instructions said Chamber 23, yes?