Figured some folks might appreciate a place to ask questions and make comments about Starforged.

For instance, you may have noticed on the Google Drive that the Assets Sheets file changed. This is because the final format versions for the cards was released and a couple of new ones were added as well (the ones I noticed were the Service Pod, the Empath, the Shade, the Voidglider, and the Vanguard Deed, but there could be other new ones as well). Probably nothing too world changing when it comes to initial picks for Assets, but some might spark some ideas.

I know pretty much what I want to play, but I’m also coming up with some fallback options. Are we good to talk about PC ideas, or do you want to do group character creation?

Don’t know. I’d say we’re probably fine, but don’t be too precious with them, since I imagine Doyce and Margie probably won’t have too much input until Wednesday.

don’t be too precious with them

I think we’ve established that I’ll take PC concepts from other people as a challenge, and always have a bunch of options in reserve

If there’s niches I think need filled, I’ll fill them as always

My go-to in games like this are usually along the lines of exploration or ships mechanic, but I’m always interested in something new. Some of the NON-gearhead+scavenger asset combos that jumped out at me:

There are others. Almost every asset gives me an idea…

I need to read more before I figure out my character, but the opportunities seem massive. Which is a good, if somewhat paralytic, thing.

There are others. Almost every asset gives me an idea

Honestly, I’m a bit surprised no one has brought up the idea of off-brand Jedi yet.

As a general observation, reading the rules mechanics, then the worldbuilding, conjures up some of the concerns I had about Scum & Villainy … mechanics trumping storytelling and character (despite shout-outs in the rules to the contrary). I’m not at all asserting that’s the case, but it’s an impression I got.

I will do my best to assuage those concerns when they crop up. Without specific examples, I can’t say how, but hopefully I can.

Is there value in calling out some typos that need fixing

Yeah, they appreciate this sort of stuff. Probably not a huge deal until they get past the draft stage though.

I will do my best to assuage those concerns when they crop up. Without specific examples, I can’t say how, but hopefully I can.

I think it’s mainly presentational at this point – Part 1 all-mechanics, all the time, only in Part 2 getting into what you might want to be as part of the story. I know knowing the mechanics plays a role in understanding what you’re getting into, but it implies a weighting that the designers may not have intended.

I’m a bit surprised no one has brought up the idea of off-brand Jedi yet.

Most of the time, someone else wants that kind of flashy archetype so I’m used to doing support

A lot of the universe is unpainted, so there’s not much the rules could tell us about characters early on. Bring your creative juice to the next session, and we’ll have a good canvas on which to paint awesome characters

DEVOTANT + NAVIGATOR – A member of the Church of Coordination, who believe that God means us to find the perfect locations within the universe, and so gain insight (if not access) into heaven. Many members of the Church are Navigators, Explorers, Pilots. While the Gate network is down, we are cut off from the universe, and cannot achieve our goal.

AUGMENTED + TECH – No, he’s still more man than machine, but he does seem to focus a lot on the cyber-world. Maybe that’s easier than dealing with the pain of the “real” world. Maybe re-opening the gates will make that escape even more straightforward.

MERCENARY + WEAPON MASTER – What means more than a paycheck, and the means to earn it? A good question. Maybe he should find out.

In this spirit, some other archetypes we can easily find in the asset cards:

Figured some folks might appreciate a place to ask questions and make comments about Starforged.

A non-character question. What’s the relationship between “swearing an iron vow to build/obtain something” and acquiring that thing as an asset?

Mechanically? Ticks on the quest track when you complete it. You start it as a Vow or just Secure an Advantage to put something together (with that taking however long makes sense).

Narratively? If it is a Vow, acquiring this thing is important to someone (even if it is yourself). You swear Vows to promise on your honor to do something for someone. One does not Swear an Iron Vow to go to the grocery store and pick up some milk. However, acquiring the rare Radion Milk from Genetically-modified Cows tightly controlled by the Modders two sectors over that is told to heal any disease? Now that’s a Vow.

Ticks on the quest track when you complete it. You start it as a Vow or just Secure an Advantage to put something together (with that taking however long makes sense).

“I swear an iron vow to help these refugees we picked up treat their plague”. A bunch of cobbling together of shipboard tech for medical use later, we have a treatment program. Do we now have a Medbay Module? I assume no unless we spend XP separately. Conversely, if we bought a Medbay Module with XP, I assume that would count as progress toward the vow. Basically this is what I’m asking

Do we now have a Medbay Module? I assume no unless we spend XP separately.

Yes, you have the right of it. Narratively it would be something like “we’ve made all the space for a Medbay Module, but we’re using subpar equipment to make it through this. However, once we’ve spent the XP, we’ll have gone through all the necessary steps to gather equipment, stock the shelves with disposibles, and whatnot.”

While this has nothing to do with the question asked, but it does bring to mind a particular facet of the game that isn’t immediately apparent: narratively changing the situation to mechanically change the challenge.

For instance, we’re going to say the crew has Sworn a Vow to take down the Great White Hydra of Something-9. The Great White Hydra is an Epic foe. Mechanically, this means that when facing it in combat, you’re only marking a single tick (of the 3 needed to fill a box) when you Strike or Clash with it in combat. Sounds insurmountable, right?

So what do you do when facing insurmountable odds? Perhaps you research the Hydra, learning that it fears fire and so acquire some thermal weaponry? Great, you’ve just gotten a narrative advantage. Mechanically, that means that the foe is now slightly less threatening and is probably only an Extreme threat.

But what if you go further, and call in that favor the mercenaries from Elsewhere-2 to help you storm the Hydra’s lair? More advantages and may lead to the Hydra only being a Formidable challenge (now you’re filling a whole box whenever you Clash or Strike against it).

Obviously, lowering the challenge of a threat needs to make sense in order to warrant it. If you’re trying to talk down the Pirate King of the Lost Astroid Belt and you research to learn that the Pirate King is from a generational ship, that doesn’t exactly make things easier. Digging deeper to learn a custom of the people of the generational ship that you can then twist to your advantage in negotiations with the Pirate King, however? Now that sounds like it’ll help and make the task a bit less overwhelming.

All this also helps you progress those high difficulty Vows as well. Learning about the Pirate King’s past definitely sounds like making progress on your Vow (which hasn’t gotten any less Extreme, even if your foe has).

We’re not knocking hit points off the hydra, we’re knocking them off the story of the hydra

That’s what I get for trying to count this early in the morning.

Yay! I grokked enough about the rules to think it was four, too! 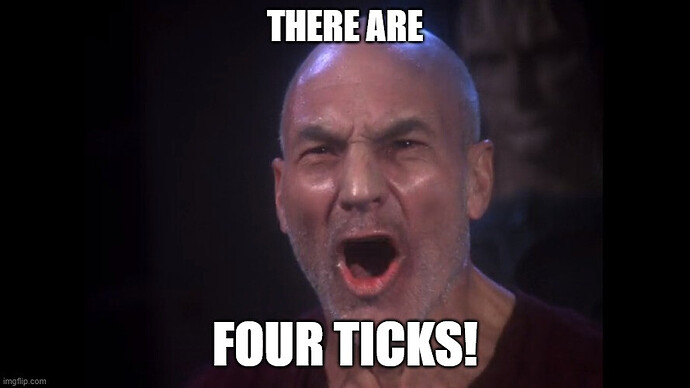 So, Margie and I have read through the mechanics rules, and we’ve both perused the path deck. I … think that makes us ready for tonight?