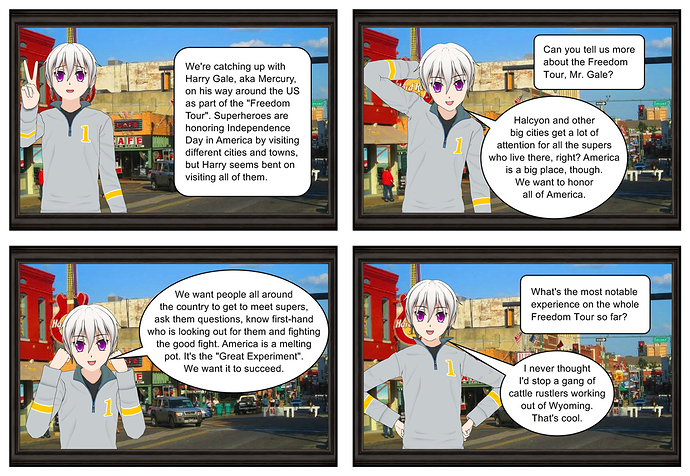 What’s this? A Mercury comic? You better believe it.

Happy 4th of July, the event that’s sparking this series. 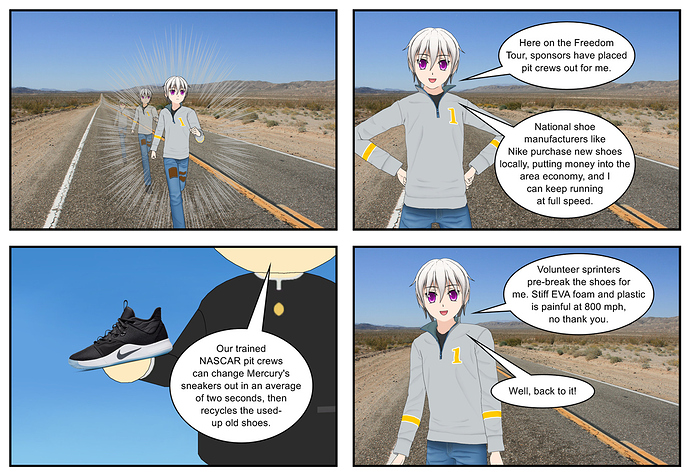 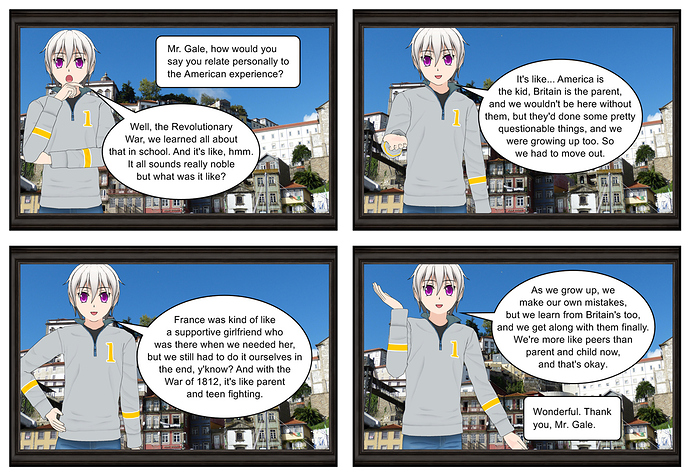 Is this analogy too on point? 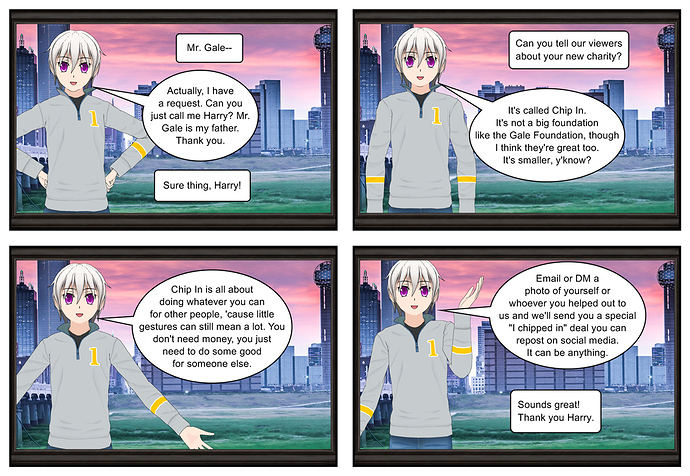 I imagine Harry’s independence from his family would extend to charitable work - he’d still want people to contribute to the parent group, but he might start up his own thing, following his own philosophy. And this name was too good to pass up. 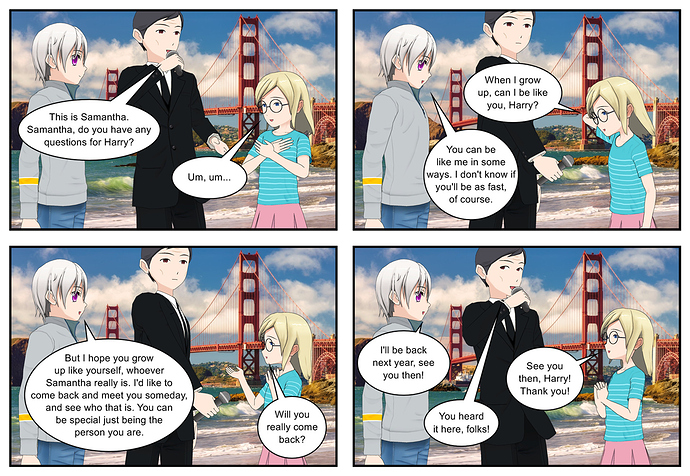 Later, A10 texts Harry asking him why he’s making dates with random girls. 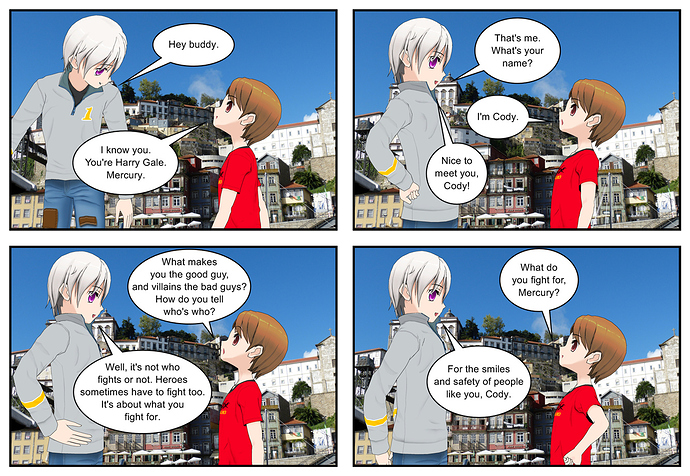 I keep putting Harry opposite younger kids, because I think he’d be the sort of guy who’d naturally be good with them. He’s just nice and decent through and through.

Basically, I think of Adult Harry Gale like a supersonic Mr. Rogers.

It’s great seeing a Harry comic series. He’s a fine, warm-hearted character who biggest area of growth is self-confidence in who he is and what he can do for others, and seeing the further evolution of that here is nice.

Hopefully James likes it as well.