So now Tesladyne COS has a new Title Aspect (“The Kooky Space Spook Affair”).

We got a Stunt (last time).

Dr Afterthought – the Odic Force so needs to be researched, and right now would be an awful thing because it is kind of pissed off right now. So expanding knowledge of more mundane languages.

Benedict – Researching the new articles brought back – what they are, provenance, and are they something stolen from the British Empire, and, if so, how might they be repatriated?

Hope – Making sure the things she’s ferreted away for her own “research” aren’t spotted. Gets bored quickly. Figuring out things that need to go back to other Tesladyne locations. Did Dept Zero have a cataloguing system? We didn’t take it with us. Eliminate the things that belonged to Tesladyne, or that she’s seen before. Which remainder sounds … interesting.

Memo from Dir. Sinclair: upcoming North American Winter Super-Science Conference is approaching. Great place to talk to folk and figure out who might be missing what.

But … NY state location has to cancel because of “issues” … science catastrophes, etc. San Diego? Oh, they double booked with the ComicCon. So … MGM Grand in Vegas, baby. Early December.

Benedict – well, Penn and Teller performed in the UK and, shortly thereafter, several artifacts disappeared from the Royal Collection. So … field work!

Any presenters we didn’t want to meet with?

Hope is going to the Science As Religion panel. Ugh. Alolng with Dr Ibraham L Hariba.

Benedict has been assigned to the panel with
… someone to collect info/algorithm from Preston, from their current project, the new Social Media platform, Hurd. (Heard? Herd?)

Kane is missing, but should be arriving at any time … from their sabbatical.

Shmoozing. There had to be shmoozing … so Director Tony Sinclair has come with us.

Before we go to the conference …

Hope goes through the lab to make sure that no experiments have been left running that would blow. Time well spent. Also advises everyone on cybersecurity.

Dr Afterthought … working on his presentation.

On the Road to Las Vegas

Tony meets us at the airport. Short hop from COS to Vegas.

Taxi over to the hotel.

Hope wants to know about other conferences in town. Be separate from the group.
Deceive vs Fair ==> Fair! So got it, but …
Find a room in the appropriate block, but it’s actually a hospitality suite … with a sofa bed.

Hope heads down to the bar, restaurant, CASINO in her anti-socializing clothes.
Restaurant roped off for our conference fellow-goers.

The restaurant area is packed with people milling around, speaking with old colleagues … a few dedicated drinkers … Dir Sinclair was an early and eager participant, with a large group of executives …

Benedict - OLD SCHOOL TIES. With Charles and Daniel! Old friends! Have a drink! that old anecdote about the thing that happened with the underclassman on the roof and the proctor and WHAT HO!

Dr A is still working on the presentation, and listening to people. Syllabic drift as an influence on human social behaviors. Also brass knuckles in case Weingard shows up.

Hope is watching the science boys (“Not paying me enough for this shit.”)
See a face … recognize the face.
Doctor Paul Ewing … looking back … back … recognition! Whom she stole from at the BC office (agriculture), once upon a time.

Biofuel plants … can be used as fuel, but also explosive. Spinach. Might have acquired some of it.
Comes over. Doesn’t seem disturbed, just kind of excited. Not very … communicative. Expects it all expressed through gestures.
Get him a drink.

Once away from the crowd … very animated discussions. Seed banks! Time dilated ones! Time seeds! Few ideas, but would have thrown off the Earth’s gravitational field.
Chats about different people they know.
Schmoozes, room number, any presentations? Hope’s trying to break away.
Dr Ewing wants to talk a Fair amount.
Want to use Notice to find someone to bring into the convo, and then Stealth away.
==> Superb!
Grab Dr Falkner from the BC lab. And Fred Simpson, who’s a major Doctor Who fan.

Benedict … great old time, lots and lots of G&Ts.
Wrapping up joke, ordering new round.
Someone walks up … excuse me, you look familiar. Are you Benedict Blue?
I’m Dr Saint-John Koffmann … With B&T, the genealogical company. Thought I recognized yoiu. Read your paper on data sorting. Just the sort of forward thinking in data correlation and historiography that we at B&T could use more of. Business card! If you have some downtime, I would appreciate the chance to chat.
Shakes hand, gives a nod, excuse themselves to someone else.
Oooh. Business opportunity.
Oh, well, boys, have I told you about the Secret History of Las Vegas? 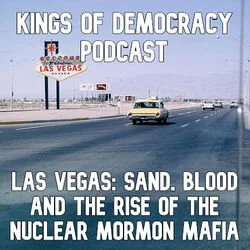 Dr Afterthought is wrapping up working on his presentation.
One of the idiots in the group starts trying to gather attention.
Dr Bachmann … “Hello! Welcome! Thanks for joining us … take a look at the presentation schedule, we have several interesting ones in the morning, thru Sunday night … new and interesting avenues of science! Also would like to thank our illustrious coworker for their national grant awardship this past week – Dr Paul Ewing!”
Applause.
Nobody can see Paul. He was just here.

Hope looks for the folk transferred to. One of them just said they’re not sure.

Bachmann - No worries. Input/output imbalance, surely. Remember, if anyone elsae interested in geological survey in the desert Sunday at 5am, there are still signups available.

Hope heading out of the room, Dr A and Benedict are there. Did theyt see anything?
Benedict goes on about his discussion with Chuffy …
Dr A saw nothing.

Short elevator ride to Dr Ewing’s room. No answer.
Crappy roll, but get in, with limited time to check things out.
Oh, the place has been tossed.
Investigate … but also confirm there;s an unlocked door to the adjoining room. Fate Point!
Poor difficulty, but time constraint to Average, clutter, so Good ==> Great!
Take in the scene.
Closet open. Suitcase there, but not open, and nothign is there. But the interior is unusually warm.
No shoes.
Elevator dings.

Hotel dicks barge in … and the room is empty.

Dr. Afterthought: my constructed languages can unlock dormant psychic powers in experimental subjects! Tear open the gates of consciousness and expose new vistas of human experience!
(The audience erupts in outrage)
Dr. Afterthought: now calm down! I am obviously not counting the control group here!