Cuba, NM, investigating treasure hidden by an archaeologist / grave robber, when we happened across genmodded chimps who’d attacked some people fleeing from their hidden base. The survivor told us the genmods could cross species, and he was infected … and we might be, too! Woo-hoo!

Tesladyne is sure they can reverse this, but want the research notes. We’d returned to the hidden base, broken in, and in their vehicle bay.

Sections: Research, plus a small living area. Aaron said that it was most likely the important stuff was in the research area.

We’re in the vehicle bay, and seeing the failed thermite base destruct charges.

We know the chimps also have a fissure in the base cave wall that they can get in/out through.

Group Stealth vs Good. Everyone except Benedict fails … badly.
Even Hope, who is usually very stealthy.
Alex is the one who rolls Catastrophic. Phone rings. Loud ringtone. Phone drops, clatters on the metal grating. Drops down, down, down, clatter clatter clatter … silence … then the second ring.

Scramble into the Research area. Chimps close behind. 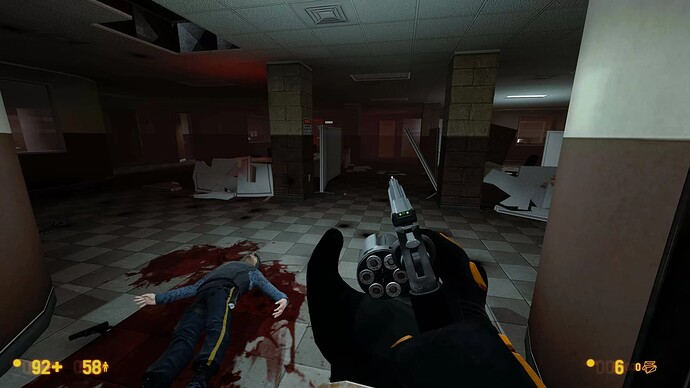 Bank of PCs. File cabinets. Knocked-over fridge. Which Dr A tries to turn into a door.

Hope - Burglary to protect the location from chimps thru ducts.

Benedict - Starting in on the file cabinets! Overcoming the wildness and mess of the cabinets. vs Good difficulty. Also Dark to Superb difficulty. Also Glass Everywhere to make it Epic.
But Benedict has done research,
HISTORY → EPIC! + Omega Interviews Aspect to Legendary + 1.
“Got it!”

Gleaming chimp eyes down the hallway.
And something bigger. 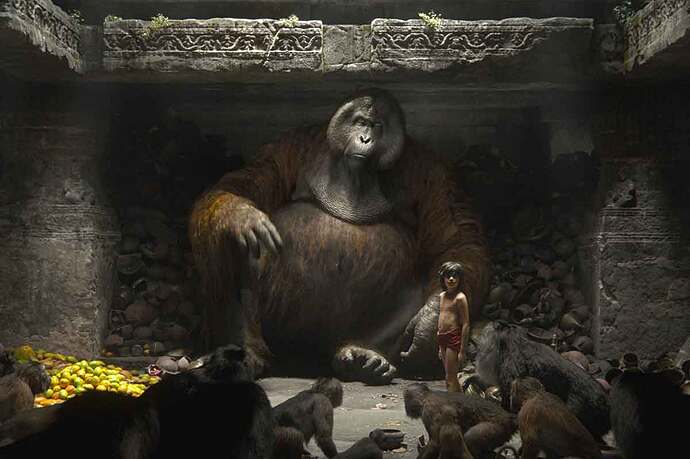 GO, MY CHILDREN, DISPOSE OF THESE INTERLOPERS.

Then they come lurching forward, to the barricade.

Dr A - battle of wills with Dr P. Demand you reverse this. (Great soliloquy on Science Morality and Responsibility To Science and Saying No to Violations of Science.

(Benedict trying to get signal to send pictures of the files. 1 FP.) 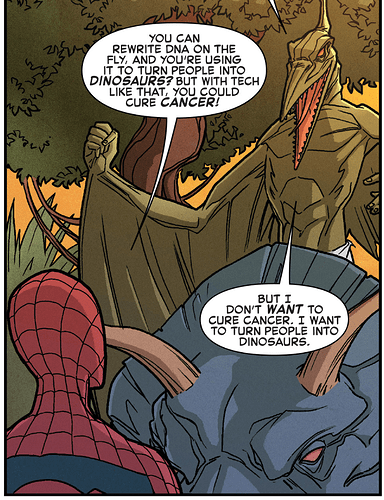 “Did you leave THEM with the capacity of language, or are you the only one allowed to speak?”

And they turn on Dr P., a writhing mass of aggression and blood.

So now we need to babysit them until the geneticists can deliver the counter-agent.

Benedict uses A Bicentennial Moment to inspire the chimps to help him reorganize the lab.
==> Great!

Hope and Alex go to reactivate the autodestruct charges, which had been overridden by Dr P. … mostly by tearing bits apart.
Hope - Engineering ==> Average … The Drink ==> Good … Give Me A Doohickey ==> Superb

Dr A is trying to determine if there’s a connection between t he base and the McGuffin.

Director calls. It’s all one huge quagmire. Looks like it may be a hoax. It was all a snipe hunt.
But the Director says he has our tickets for Estonia lined up …

Dr A informs us.

After a few naps, and the helicopter comes in …
… and screen us.

And all of us are infected.
BUT … Alex was furthest along, with a margin of 30-60 days.
With antigen, we’re in the clear.
Aaron is much further along.
The chimps … well, they’re highly dangerous. But they can alphabetize!

Hope: Ask the chimps.
Dr A: I can make the question meaningful to them.
→ They are scared, things are different, but not worse.

And … they have a choice? WOW.
Tesladyne will make sure they are comfortable with the outcome.

Oh, yeah, and the base got blown up.

Closing out the issue!

Wonderful game everyone, with an ending more heartfelt and true to the characters than anything I would have come up with on my own.

As a side note, the story I told about Back to the Future brought on by the Every Which Way but Loose gif apparently is from the docu-series The Movies That Made Us. Never watched it, but had heard the story retold to me by someone who apparently had.

I was blown away by Dr Afterthought’s tactical use of his power. Epic way to deal with Dr Peterson.

I was also thrilled to have a chance to use not one, but two things that had been sitting on my character sheet this whole time. The idea of Benedict being able to talk the chimps into being filing assistants through the Inspiration of History was totes fun. He would so end up with a super-chimp as an full-time assistant back at the base.

Would the chimp assistant perhaps… wear a hat? (No, I will never let that reference die.)