It’s not now and not necessarily soon, but I thought I’d ask now because I want time to think about it, get set up, etc.

Leo’s got five advances, meaning the advanced advances are coming up for him. Those divide into a few areas of interest: adult moves, becoming a paragon of the city, or changing playbooks. There’s only a couple other Bull-or-otherwise moves that look interesting to me as I am.

The only adult move that seems interesting to me is “Empathize”. The rest feel like big power moves that can overshadow the other members of the group. So I can take that one.

I don’t think Leo’s story is anywhere near done, so I’m not keen on having him move on as a PC. However, he’s been a pretty intense customer, and if the other players think his story is better told on forums or something, I’m receptive to hearing that said.

That leaves other playbooks. Are there playbooks that we the players think would be interesting to see explored? Are there playbooks anyone feels strongly would be a good fit for where Leo is going? Or is Leo enough of his own thing that he should just keep going? I’m feeling the limitations of the Bull’s Heart, for example, and something else might be nice to try. I have ways & ways to justify stuff, so don’t worry about how plausible a suggestion might be. For example, maybe Leo rotates out to NPC status for a bit and one of his creations (existing or new) comes into focus as a PC.

I’m not leaving my PC’s fate to the vote, and not pushing the burden of my choice onto you folks. But I do value everyone’s opinion, so if you have one, please share it!

The first one that leaps out at me is The Brain from the new playbooks. It’s almost… too easy?

Pros:
* A lot of the backgrounds and baseline assumptions fits Leo like a glove. Above the fray adds a nice relationship for you and Jason.
* A lot of the Brain moves are about planning and prep, or assuming same, and that fits as well.

Cons
* Leo doesn’t have a Shame, really, of the sort the playbook really depends on, which means something like that happening in the fiction to trigger the shift. I have ideas about that, all of which meet the requirements well, but THEY have requirements in the story that I’d need to triple-check with you, others, and… I guess make sure they pass the Bechdel sniff test? Done right, it could be awesome. Done poorly, it’s… not awesome.

Has Leo come off as someone who values planning and prep? That’s scary.

Leo has a big shame, but it’s what he did to someone, rather than what he built, so I’m not sure how good a fit that is as I remember the playbook being written? SNOWMAN is a possibility, depending on how that is played, and that leaves the girls safe and sound.

Send me what you have in PM or email so I can start thinking about it, I guess.

Agree with Doyce, the Brain is a solid, solid choice. Alternatively (with a little more direct connection to Waters and AEGIS) the Soldier is also on the table. Fit’s Leo’s headstrong mentality and his planning, much like the Brain just with more of a “mission first” vibe than the Brain’s “let’s play this smart” mentality. Oddly enough, two sides to the same coin. Just means going into AEGIS’s pocket.

And as Doyce said, you’ve got some time to figure out a Shame before switching to the Brain. Really, making all these AI’s and not a one of them has gone a bit crazy? Third time the charm? Alternatively, “Rossum’s Legacy” seems like a valid shame once more than just the team and Harry’s dad know about it.

I think there’s still a lot that can be done with Leo/Link as a character. I would rather see him stick around, with the present playbook or another.

That said, a horrible accident that shunts Leo (and family?) off to the Sepiaverse, leaving behind the newest creation prior to having his/her memory engrams installed (or fully installed) would be a great way to run a “Newborn”. Or I could see an embodied Numina as a “Joined” with Pneuma.

God we could literally run spin-off campaigns with various side characters every day of the week, couldn’t we?

I’ll just say that I don’t see any reason the Soldier must be allied with AEGIS, specifically. Are there other organizations that would sponsor someone? Are we interested in talking about them? Leo’s no fan of Byron & Rusty, and I’m no big fan of repeating history and bodyguarding Jason, but if I were, the Quill Foundation would probably be a patron in that case.

I’ll just say that I don’t see any reason the Soldier must be allied with AEGIS, specifically. Are there other organizations that would sponsor someone?

(More seriously: yes of course. I can certainly see soldier, and AEGIS has a history with Leo, so there’s that, but honestly the history - especially recent - isn’t such that I see Leo wanting to work under their… aegis. That said, I’m not sure he’d jump in bed with any major organization. Maybe the Halcyon City Metapowered Police Task Force? And now I’m picturing a You’re Under Arrest! spin-off…)

Hmmm, working for the HCPD? That could introduce someone into the mix as a superior… hint, hint, wink, wink.

Also, don’t know if this is co-opting Bill’s thread, but I also wanted to put out my own shortlist of playbooks I’m considering moving Adam into.

Needn’t be a thread for just me changing playbooks, go for it.

But since it is my thread too…

Some random ideas, skipping over playbooks already spoken for.

Random observation: this game is really big on time travel. The Harbinger and the Innocent have it as explicit backstory elements. It does lead to some comedy opportunities like this: The Harbinger: Leo Jr. “I’m from the future! Hi Daddy!” “Hey, my name’s Leo, and–” “I know Daddy!” “Wait. Daddy? Me? Who is your mother?” “Pff, such a comedian, Daddy! You know who!” “No, wait a minute! I’m serious! I don’t know who!” 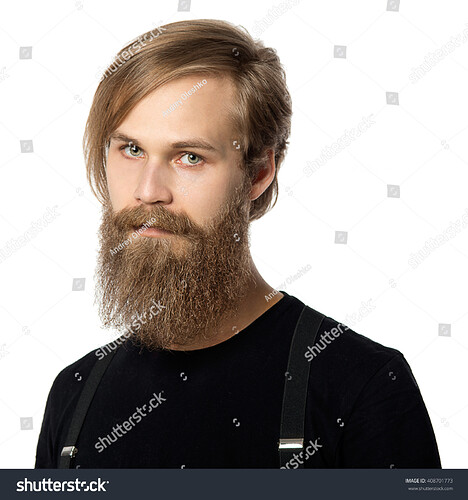 1500×1600 559 KB
So for the “Dark Link,” are we talking about, say, a Sepiaverse Link? Because I can see all sorts of shenanigans for playbook evolution for folk assuming a Mirror Universe sort of thing (“Jason with a beard!”).

(Of course, that whole thing can be introduced by the only super-hero trope more popular than the Switching of Brains: the Battle Against Evil Twins.)

“Dark Link” usually refers to a robotic fork of Leo, intended to do things he’s too moral or scrupulous to attempt, and with the attitude, training and equipment to pull it off. This would include things like infiltration and sabotage missions against Rook Industries, though not actual murder or similar things that’d cross the line in our game genre. Scroll to the bottom of this page - http://astralfrontier.org/2017/11/17/link-s-robot… - for more. Sort of an Id for Leo’s Ego/Superego.

So I’ll play along (and maybe even include what I’m already thinking about):

Okay, it’s a sign of how much I love this game that I’m excited by all of those. Or, hell, maybe the dozen ideas these create in me tomorrow.

Sort of an Id for Leo’s Ego/Superego

Hmmm, working for the HCPD? That could introduce someone into the mix as a superior… hint, hint, wink, wink.

Today on another episode of “Bill takes things seriously”:

Leo/Otto/Pneuma have just spent the last year perfecting a formula that would work great for street cops: two humanoid partners, one automobile. One of those humanoids is an armored robot that can be loaded with forensic tech, the other can wear a lightweight modular suit in case of problems, and function as a flesh-and-blood human (for tech-phobic interviews or deep cover work). Their car can get them from place to place, but also protect them, power them up, and function as an intelligent, observant third partner.

So does Halcyon City have such a thing already?

I assume there’s some kind of mechanized/meta-crimes division that is equipped with whatever tech and training the division can afford, but is notably not equipped to shut down most supervillains - that’s what heroes are for, after all, and they seem willing to work cheap to free. But if a hero isn’t around, the meta-cops will deploy (at great expense, the captain will angrily note) and do their best.

Could the cops use Leo’s modular tech? Sure. If there were a move he took to buy it, the strengths would be “cheap” and “flexible”. It’s built of light atoms that most of the world is made of and can be cheaply farmed. It depends on well-understood chemical principles, not hard-to-maintain uber-tech. There’s still drama and risk there (criminals steal the suits, evil industrialists obtain the tech and replicate it for their nefarious purposes, rogue cops can wear it too), but if you want to keep cops alive and ahead of the curve for mundane crime, it’s not bad.

You could do a whole campaign, probably not using Masks per se, about Halcyon City’s newly formed Mobile Division and their LinQ suits. You could do one or two characters, a human or android partner, with the other partner + car as NPCs, as some kind of Soldier playbook. “Prototype AI car with human partner” is the whole plot of Brave Police J-Decker, one of the Brave Series of shows that inspired Link as a character, so this would be familiar turf for me. But yeah, that’s how I’d do a police-sponsored Soldier.

I saw what you did there.