Camera swoops through the floor, through the baggage claim, down to the monorail, down to a maintenance tunnel, down to a baggage tunnel … unconscious dudes in airport security uniforms, with an “R” lapel pin and a Halcyon City badge … down to a hallway.

BOOM. Big walker mech, sort of a Warhammer 40K space marine, smashing back into a wall, and Link’s cables zip back into his armor.

Place is well lit – LEDs in all the wall/ceiling junctions. Link in the middle, in his armor. Jason is in his nanobot armor, pointing. Harry looks concerned. Concord is floating, so he’s up at the same head level as everyone else. 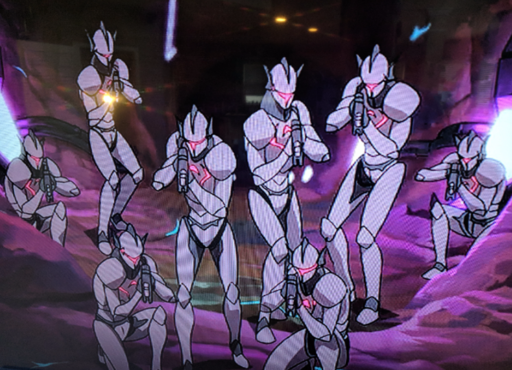 Other end of the hallway, lots of robots with rifles, stylized R on their shoulders. Link really recognizes the style; Rossum bots, clearly, standard issue (but not his “R”). Harry recognizes the logo, as does Jason: Rook Industries. They’ve attempted hostile purchases of Quill Industries units. (Same company that does airport security.)

Intercom. Woman: “Stop. Just … stop. And I’m only conversing with people not destroying my assets, Mr. Quill.” Jason holds up his hands, restrains the others.

The bots pause. It’s Rosa Rooks. Have not restrained any people … but may have temporarily retained property of yours. But you bypassed Lost & Found, so we have to have some discussion about material damage. Since you are currently trespassing.

Jason tries to calm things without conceding any points.

Harry’s family has dealt with Rook before – sort of a Cadmus-type organization. Lots of government contracts, rapacious business model, but well loved by stockholders. Has been very aggressive against Quill Industries since Byron’s disappearance. Has worked both with and against the Gale family in the past. 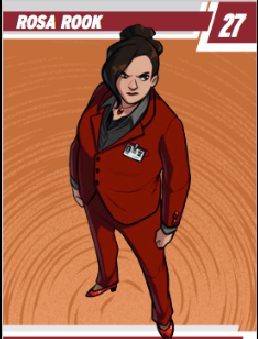 Rosa suggests meeting up a few levels above, where “belongings” can be returned and monetary damages negotiated through “appropriate mediators.”

Head back up to the public airport area. Private elevator, up to the 6th level office suite, overlooking the concourse. Number of security bots in the area. More elegant, newer. Jason calls Barbara to give her a heads-up.

Rosa is behind a desk. Pneuma is sitting there, plastic netting/mesh with blinking lights.

"Out of respect for your privacy, we did not damage it, but since we could not ascertain its purposes, we had to restrain its capability to so harm.

Jason says something snarky about paranoia.

"With an unknown hyper-tech device, we responded appropriately and as contracted.

Link is trying to restrain himself from killing her.

Adam is talking to Link’s comm – offering to bubble Pneuma out of there.

Jason offers some appreciation for not damaging our associate, offers to take Pneuma back into our company.

Rosa is sort of frowning – then, “Oh, right, yes, ‘her’.”
Statements have been filed, along with security footage. Oh, and here are the folk to take your statements. 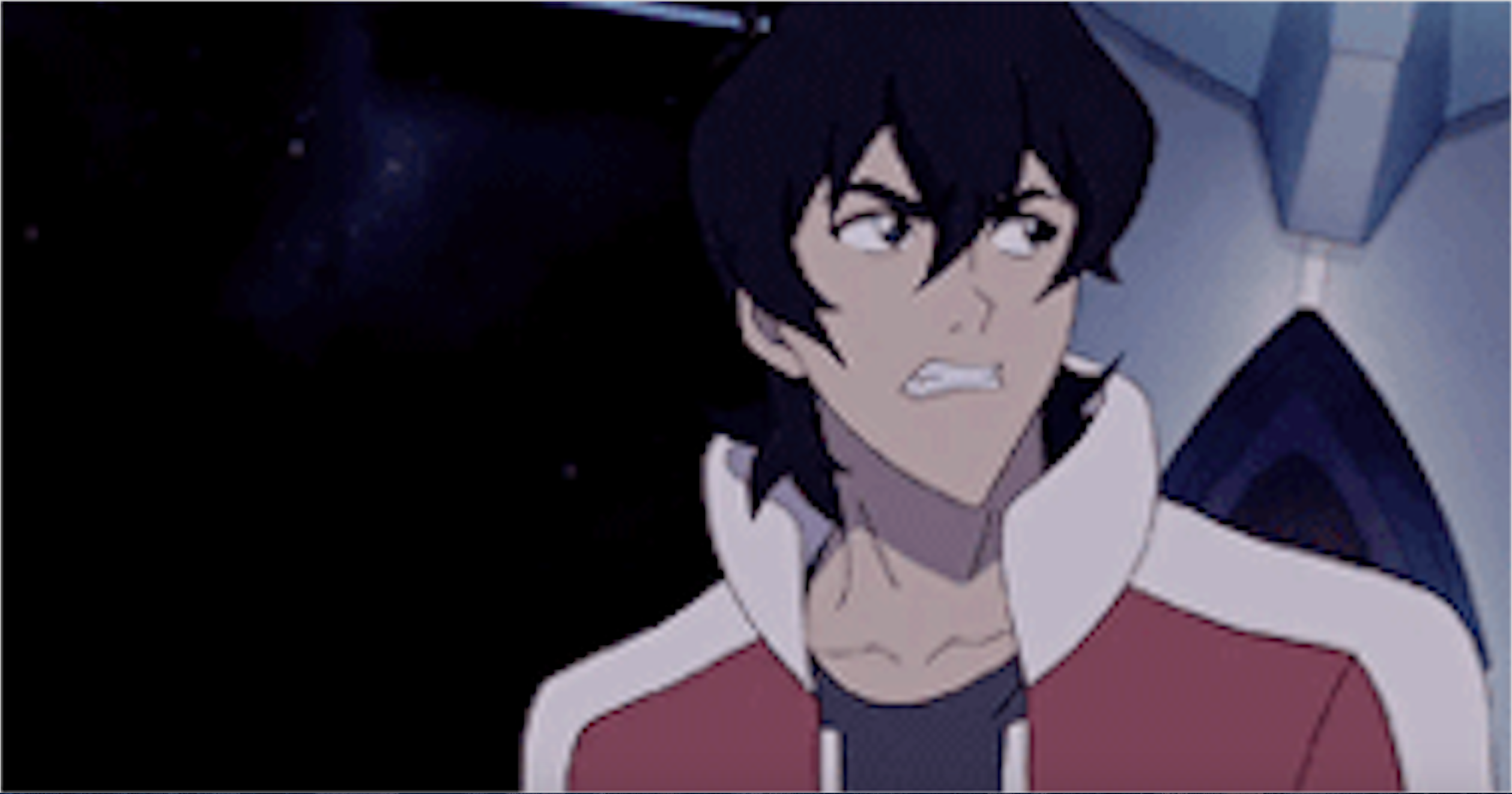 2518×1322
Link notes pointedly the physiological similarities between Pneuma and Rosa, but only Pneuma has a soul.

“Yes, you are a fascinatingly talented inventor, LINK. I have only seen the the like a few times …”

Jason tries to hurry the process get them the hell out of there.

In the elevator. In a frumpy black suit. Agent Waters.
“Rosa?”
“Ted?”
“Would you mind taking off the nets?”
She presses a button on a remote. Net drops.
Pneuma walks over. “I’m all right.”
Waters goes to elevator and waits.
Jason is the last out.

Half-dozen more AEGIS agents in the concourse. The place is very quiet and empty.
Otto is surrounded by black Suburbans and black transit van.

Jason’s disk is out there, too.

1920×802
Waters: Well, we’re going to have to take some statements and do a debrief. Normal address.

Leo suits up with Pneuma and Otto. The merge goes incredibly easy, because Pneuma is so furious and in-sync with Leo’s personality.

Adam rides in the disk with Jason.

Harry is going to run (leaves a note for Mom and Dad, got into a little trouble, be home soon as I can). Or that’s the intent. Uncle Chase is on the front steps. “Hey, kiddo. How’s it going?” He already knows. Sympathetic over the AEGIS paperwork. “But you couldn’t have talked your friends down? You gotta be the grown-up. You’ve got all the time to think about it. Even if it doesn’t make you friends, you gotta help them out.”
Chase wants to shift +Superior, -Mundane. Harry goes with it.

Leo conversing with Pneuma. Pneuma’s not happy about the live backup at the Quill Foundation. She did _not) do anything that triggered that. She’s angry, and something else. Can merge back together without too much trouble at the moment. Leo insists on consent from both of them.
Takes a read on Pneuma: She very much needs Leo to reinforce her identity as a real being.
Calls Adam on the comms – Back when you asked the world a question in the past … can you track Pneuma’s soul or being?
P: Everything they did was legal.
L: Wants to create legal protection for Pneuma. We will talk with Waters about it. Also, maybe, get the Gale family, see if they have any dirt on Rook.
P: Feels guilty about the trip.

Jason contacts Barbara. Also, is there a way to get her declared a person?
Problems with the Board – can leverage bad blood with Rook.
If you’re a registered group … can spin this … won’t make a public statement … Rook was going after our tech …
Jason wants to figure out a way to protect Pneuma from this in the future. Barbara is very tepid about lending an assist to giving Pneuma legal status.
“You’re a really good friend. You can be a really good leader. Even if it doesn’t mean being a good friend.”
Jason rejects her desire to be +Superior, -Mundane. He thinks this was the right thing, even if maybe not done precisely the right way.

Concord - Worried about Leo. That seemed pretty easy. Should we be worried about Pneuma and that they connected up immediately?
Jason - Well, need to protect them from AEGIS, but after we need to check her out.

Jason and Concord arrive, just as the vans drive up, and cars pull up.

Short SWAT team in one van. They bring out a guy in a body suit; worn and beat up, electronic contact points, haptic feedback suit. In shackles.
Harry recognizes him – a C-list Tank-for-hire, usually for tech villains. The other van is full of equipment, lift-gate for equipment. Power suit, like the one Leo beat up, same design aesthetic. Fresh scuff marks / scorch marks. Leave it in the courtyard. Stand the guy next to it.

Front door – Waters talking to someone. Other guy gesturing madly.

Waters walks out briskly, over to Harry, shakes hand, stylish handshake with Concord, shakes Link’s hand, nods to Pneuma and Otto, “It’s a no fly area around the airport, no footage, so we’re going to congratulate you, smile everyone.”

And then into an elevator.

“Press release about muscle-for-hire terrorist you intercepted. An apology for the impulsive nature of the action that made it difficult to warn anyone ahead of time – youth and rash idealism. Will not mention security teams except to thank them for cooperation. Not going to talk about abductions, just hyper-tech devices we are examining, and then we will have controlled questions.”

Jason accepts this for public, but there are private concerns.

Waters demurs, addressing Link more. “Doing what I can. You need to do the absolutely right thing, because anything else is going to be a problem.”
Talk about what happened first, the bigger issues later.

Jason is okay with that. Leo, fine, whatever, let’s get it over with.
Pneuma is unusually non-conciliatory. She’s just still in robotic mode.

Press room on mezzanine level. Podium at top of the stairs.

Leo to Adam - go and look at Pneuma, like you can, and tell me what you see.
But he’s so distracted, and she’s so withdrawn … [Adam brings in a previous Forward from his chat with Leo in the car; Leo talks her into unclenching.]
Adam sees all sorts of emotions in Pneuma, a wall of jangled nerves, with an immediate instinct to protect.
And he feels guilty for not going on stage with everyone else.

Adam looks at Link, “She --” “Say it to her.” “You don’t look different to me than anyone else.”
“Green is courage, blue is sacrifice, and brown is hate.”
Leo - this isn’t betraying a principle, it’s upholding another one.
Jason nods.
Adam has to go along. A sacrifice to his guilt.

Selected press guy starts to ask the question … is this just a Quill super-team?
Meantime, lots of hands go down, people fishing in pockets. Looking at phones. 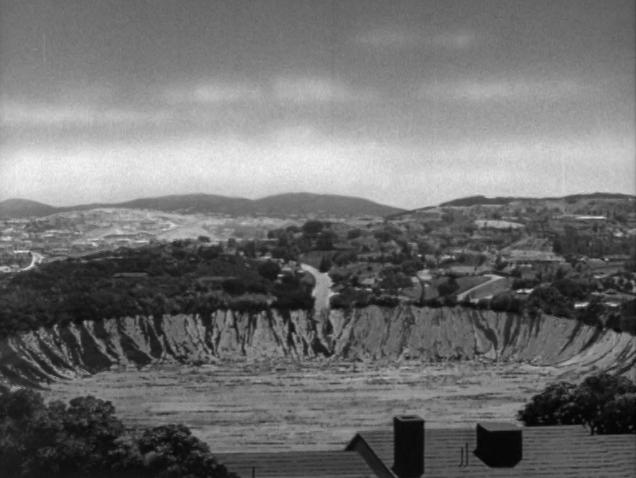 “Can I retract that question, and ask, what does AEGIS know about a town in Pennsylvania that just disappeared?”

At some point, Leo’s going to tell Jason something like this: “This whole scene is 120% bullshit. But… you’re putting up with it, doing things their way, playing these stupid adult games, to protect Pneuma and the rest of us. I know you don’t like it, but you did it anyway. I trusted you to lead us, and you’re coming through.”

“This whole scene is 120% bullshit. But… you’re putting up with it, doing things their way, playing these stupid adult games, to protect Pneuma and the rest of us. I know you don’t like it, but you did it anyway. I trusted you to lead us, and you’re coming through.”

Jason’s face is clouding up through this, until that last sentence, when he’s, “Uh – what? I mean – thanks. I thought you were going to --” He glances around, as though they’re being watched. “God, I hate it, too, it’s like every adult bullshit thing ever. Like everything they ever did. But it’s useful, if it gets us to where we can do something useful – and where we can protect Pneuma. And Otto, too.”

Meantime, lots of hands go down, people fishing in pockets. Looking at phones.

Can I retract that question, and ask, what does AEGIS know about a town in Pennsylvania that just disappeared?"

Okay, I think I might want to retcon this. It was a bit spur of the moment, for a dun-dun-duuuuuh ending, but I think I would rather:

* Do love-letterish things to sum up the press conference and see what everyone does without playing through it minute by minute. Which lets us:
* Start the ‘action’ with each person back at their respective homes, that evening.

If everyone is okay with that, I would have the session fade out as that first reporter is asking his question. Do please chime in.

I think this is a perfectly reasonable way to setup the next session.

Works fine for me. Though for a moment I was hoping Jason was going to be able to dodge more reporter questions. 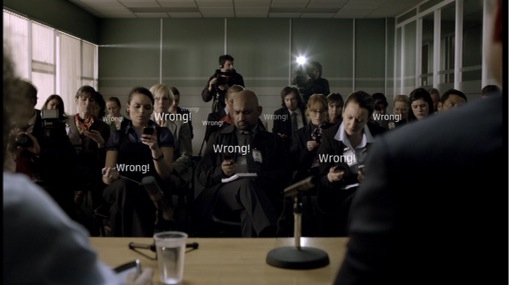 Jason after a few rounds of questions…

This also leads to a conversation between Leo and Adam, where he’ll want to know about truth and honesty as Adam/Concord/the Concordance defines it. And it starts with one question. “If you have to dedicate yourself to truth, why doesn’t everyone at school know you’re Concord?”

Assuming we make it home…

“So I build a rival for myself. Or I build someone condemned to loneliness and lost love.”

Jason quickly pinches himself to see if he feels gears and levers under his skin.

Please, Leo’s long since moved past such primitive mechanism.