AEGIS finally showed up, whisking away Alycia Chin - Harry still didn’t understand what she was doing there - and Facet. With barely a word they were hustled into a large black van that screamed “government” which quickly took off to some unnamed facility.

Harry pushed his questions away and turned to his next goal: finding Andromeda.

Since the interrupted movie and through the ensuing battle, the two hadn’t had a chance to do more than exchange the passing nod. Even once the fight had ended, the clean up and prisoner duty had kept the teens busy.

However, first he had to find the super heroine; a task which proved to be more difficult than he would have believed.

He hadn’t moved more than a few feet away from the curb when Jason intercepted him. “Some people said Alycia was over here. Have you seen her?”

Harry nodded, not really thinking about his teammate. “Yeah, she turned herself in to AEGIS. They just came and took her away along with Facet.”

“I don’t know where,” He answered, a little angry. He loved Jason as a brother but sometimes he could be a little dense. He wasn’t the only one who had girls he wanted to talk to. “Look, I was just sitting here, and this gal walks up, and I don’t know her, but she looks familiar, and then I realize it’s Alycia-fucking-Chin, and I’m all I’m-a-gonna-die – and then she apologizes for shooting me with lightning last year, hands me her holster --” He gestures to it, with a pair of guns, on the ground. “-- and says she’s my prisoner and asks me to call up AEGIS, like I have them on speed-dial or something.”

“They showed up a minute later and hauled her off. Must have been already en route. They took Facet, too.”

“I have no idea who that is, and I don’t care at the moment. Look, didn’t she say anything else? Anything about – um, anything to --”

Harry paused to think when he saw Agent Waters in the distance. He would want to talk to them, further waylaying him. Nodding, he hurried to finish his conversation with the distraught Jason before the agent could make his way to them. “She said she wanted me to get AEGIS here before you figured out what she was doing and did something stupid.”

“What the hell is that supposed to mean?” Jason exclaimed but Harry didn’t answer, more concerned about making his escape.

“Look, I really have some things I need to do so if I could go,” He says, starting to sidle away, when Agent Waters makes his appearance.

“Apparently,” He started without any introduction and Harry almost groaned. “Corvus Construction - a subsidiary of Rook Industries - had some workers inside the school when this whole fight broke out. Luckily they had security drones that were able to defend the workers against the Vyortovians until they retreated,” He glanced at Jason, then Harry, who was looking around for Andy. “There is no mention of them fighting the Menagerie,” Waters looked at Harry meaningfully.

He wanted to scream. There were other people they could talk to, so why did they keep coming to him? Sure, Leo was out of commission - Harry had seen him with Summer and Aria - but there was still Charlotte, Jason, and…

Harry shrugged, distracted. “Sure. Whatever,” Remembering the message he got from Sol, he felt guilty. Here he was worrying about finding Andromeda, when his teammate had just lost a part of himself. When they had switched bodies, Harry had got to know Sol. Sure he could be a major pain, but he also was helpful and cared for Adam a ton. Harry tuned out whatever else Waters was saying, thinking of what he could do for his younger teammate.

Finally he shrugged. Harry had seen Adam fly off, so the boy obviously wanted some time alone. And whenever he came back, Harry decided would he be there to help him. With a mental note to leave some rainbow chips at the Amari household, Harry left Waters and Jason behind without a second thought. 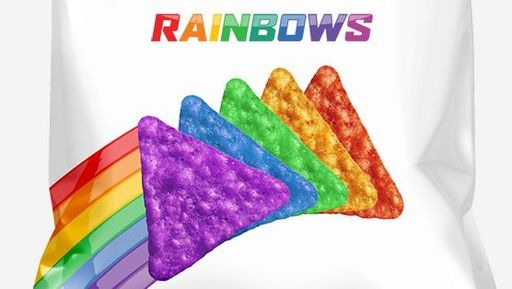 He finally found Andromeda. She actually hadn’t been so far away, having set to work clearing some of the rubble out of the way. Harry approached awkwardly, shuffling his feet slightly. She turned and noticed him, setting the rock to the side. “Hey Andy,” Harry called out, trying to sound calm. “How’re you doing? Saw you take some hard blows earlier.”

“They got a few good hits in, but I returned them,” A10 shrugged. “What about you? That leg doesn’t look great.” 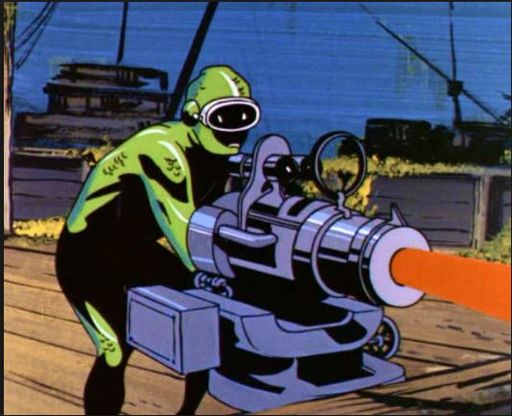 He used that as an excuse to look away from the woman. “Those lasers they had stung, but I’ll be good as new in a few hours,” Silence rushed to fill the space, neither teen wanting to make the first move. “Anyway, I’m glad you’re doing well.”

Harry nodded stupidly before realizing he looked like an idiot and stopped. “So, are you planning on doing anything afterwards?” He felt like slapping himself for such a stupid question. The look on Andy’s face didn’t help any.

“Not really. I’m probably going to sleep a week and a shower wouldn’t be out of the question,” She answered, not really committing to anything.

“Yeah, yeah. Me too. I mean, eating would be nice too, but me too,” He started nodding his head again and quickly stopped it. “But after all that, I was….” Blood rushed to the hero’s face and he desperately looked anywhere but at A10. “Iwaswonderingifyouwantedtomaybepossiblyhangout.”

She stared blankly at him. “Sorry, I didn’t catch that.”

It took all of Harry’s self control not to run away right there. “I was wondering if you wanted to hang out sometime,” He didn’t dare look at her face, instead racing forward. “Of course, only if you want. I just figured since the movie earlier was interrupted…”

“That sounds like a lot of fun. I’m sure the rest of the Irregulators would love to join in,” Harry’s face dropped. He tried to hide it but Andy saw it. “What’s wrong? Do you not want to hang out with everyone?”

“No!” He hurriedly assured her. “I would love to hang out with them. I was thinking just the two of us. Not like a date! Unless you want it to be. But hanging out. Yeah, hanging out. Together. The two of us.” He paused slightly, drawing every inch of courage he had. “Because, Andy, I-”

“Mr. Gale!” A man interrupted and Harry was tempted to scream. Turning, the two teens found an AEGIS agent making her way towards them. “Mr. Gale. You must come quickly. Your father was injured in the fight against Vyortovia. He’s currently in the ICU. Your grandmother, Mrs. Swift, is requesting you come immediately.”

His world rocking around him, Harry looked desperately at A10. “Go to your father. We’ll take care of everything here,” she said without him needing to ask anything.

“Thank you,” And, in a flash, Mercury was gone, leaving Andromeda Fairchild behind.

Tale as old as time …

Putting my predictions out there for A10’s next moves.

Jason raises his hand. “Well, maybe I could give him some ad–”
Everyone else: “NO.”
“But I’ve dealt with romantic–”
“NO.”

If Jason suggests he could provide romantic advice to anyone, the only acceptable response is “Have you shut down Travelycia yet?”