… Mette learning how Sgt SURGE fits into her future!

It’s been several ‘weeks’ since school sessions started at Phoenix Academy.
From you bed, you glance at one of six calendars on the wall… then all your clocks, but can’t shake the feeling you’re late for… something.

What, you can’t tell.

AND you can’t tell if you’re minutes or days or weeks late, but whatever you wanted to do, you have an feeling that you should have started working on it sooner.
Roll +Superior.

On a hit, you remember a critical moment about to come to pass. You can enter any scene that you are not already in and state one thing you are trying to avert or achieve, and take +1 forward when acting on that objective.
On a 10+, also choose one:

On a miss, you can’t remember what was so important about this day and you are preoccupied with trying to piece together your fractured memories. Mark a Condition of your choice.
​Love, Your GM 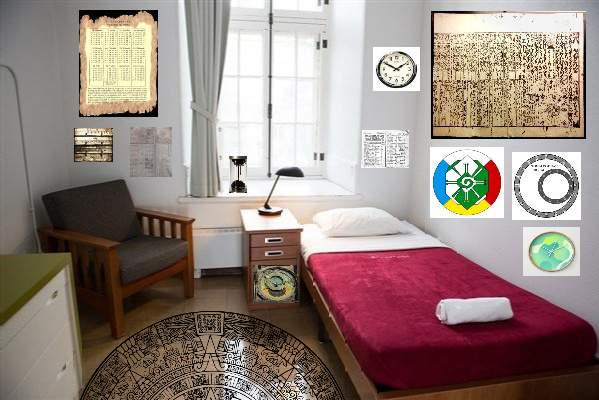 Sync has a hero fixation. Powertronic. The person used as leverage to get him to enroll.
They are coming today to Phoenix Academy.
Speaking at a class, and Roddy is trying to figure out how to get into that class. Which means missing class he realy wants to be in.

Gym class. SURGE has been pairing him against Joey, who’s kind of predictable in his moves. Joey doesn’t handle that with aplomb.

Goes to Sarge. Applied Heroics needs a TA for the period. Already talked to the teacher, if you could give the okay.
Browbeating with Logic … Provoke (using +1 fwd) -> 12!
SURGE is not happy, but … whatever, sure, kid, go spend time with Powertronic.

Roddy runs out the door, clicks his heels, heads down the hallway. 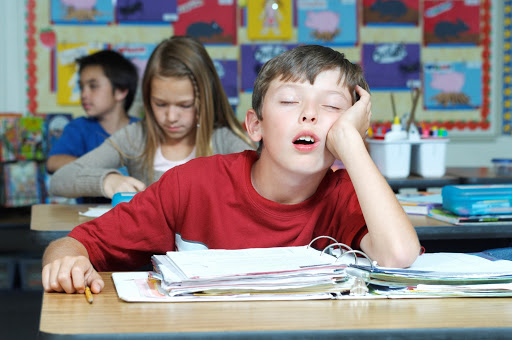 AEGIS concerned, Powertronic under surveillance, he’s been receiving weird, stalking sorts of messages. So need to observe, watch for … 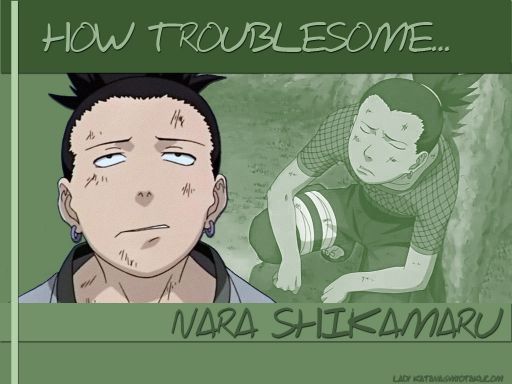 Feels like a trap. Tap into kids cell phone cameras.

Lot of magnets, electrical feeds, in someone’s experiment. Not something that seems to be the sort of thing to be left up and running.
Suspiciously similar small circuit boards, three of them, soldered onto devices. Something wired to that, too.

Emergency system to kill the power. Or could power-surge the room? There’s a subpanel in the room.

Alex running through the halls.

Sync gets to his door, takes a breath, goes in.

Joe … in gym. Odd man out because Sync didn’t show up.
But not sitting on his thumbs. Paired into Evan and Roy.

The superhero challenge today, competing within the small group. Running mazes to rescue the bus full of nuns.
The gym uses CGI to overlay practical effects.
Damaged bridge … bus full of nuns halfway over (big cardboard thing) – holographic projection overlays, along with cardboard cars, too.
Don’t damage the cars – we’re on a budget, and the civvies don’t like it, either.

But when negotiating through it, he keeps adding challenges. “Hellblade, the Fiat’s leaking fuel, what do you do?”

Roy – Scion, kind of a strong brute, maybe some nature spirits … his dad is the Backwoodsman, in an eco-terrorism kind of thing.

Sort of like a suspension bridge. Some cables out.

Joe brachiates along the cables on the left side of the bridge. Not bulling streaight through.
Unleash Powers -> 6!
Potential.

The bridge is unstable! You’re making it worse! (Third cable, that was loose, but weight cause it to give, then spring up. Now the bridge is swinging along, vibrating, and little speakers having people shrieaking and screaming, including the nuns.

Kids in the observation stands are shriking, too, with laughter.

Sequoia and Evan are trying to do damage control, while Joe is still swinging.
Take a Powerful Blow -> 11!

Kiln … stuck in Applied Mythology. Telling lots of info that ties into some mythology his people know, but getting it completely wrong.

Some combat magic – katanaspace and a fireball thing. Some campfire cantrips.

Dr Gabriel Frith, of the Society of the Sacred Sand.

Kiln just sitting in class, bored out of his mind.
Chris (Hellblade) is in there, too.
Mutual eye rolling.

Frith notes it’s irritating him and starts upping the ante. Starts intentionally going over the top with his particular theory of how things were, and it all started in AD 800 (“And I’m going to ignore everything else because it is hard and inconvenient, and your text is wrong as to hints and hypotheses and fictional civilization long since debunked … ignore this section of the book, which is frankly wrong.”)
Just the bit that would irk Kiln most.

Kiln rises to the bait. Raises hand, and teacher quickly answers.
I have a question.
My purpose is to answer questions.
Have you ever visited that city?
Yes. Yes I have.
Really? Because I’ve been there myself. When it was a colony for my people, and we set up the first buildings.
And this would have been … well, 1100 BC.
No. With my people in 470 BC, and the text in section 7.3 is where there’s evidence of there being the colony, not 1100.
So you’re saying there is textual evidence I’ve told you to ignore …
… you said 7.4 onward.
… that supports your argument that you were there, which isn’t wholly poppycock, and that I have somehow missed that. That’s your assertion.
*Yes, that’s why i was so surprised for you to say there was no influence form outside civilizations. *
I understand, Kiln [ugh, no surname, no prefix, no “Mr. Smith”], is that your own alleged experience of your senses, plus anecdotal relationships and patterns in the text you spotted, supercedes the expertise of generations of historians who have studied this. Your personal knowledge, as you perceive it, to be held over those years of expertise and applied professional knowledge in the field … I would submit, … Kiln … you should approach the subject, even given yuiour vast experience with a bit more humility and acknowledgement of expert minds around you from which you are here to learn …

Try to shift labels.
Mundane+ Superior-
Reject
Roll -> 6!
Dissing all personal experience and self.
Mark a condition (Angry), and GM adjusts Labels: Danger+ Superior-
Removes Anger by doing a burst of fire to the projector.

Alex is racing toward the Problem.
Roddie is acting as the grinning assistant.
Joe … dangling, rage building in his face.
Kiln … fire in hand, glaring at the teacher …

Enter a scene.
Joe … because SURGE is there.
Trying to … prevent? Or minimize damage? Because this is the day that SURGE, the Martyr, gets sued by several students parents for conducting unsafe activities at the gym.
Not sure she can prevent, but maybe minimize the damage. To keep the event from blowing up the way it does.

Coming into the gym.

People are looking at the constructed scene, not the underlying reality. And there’s a part in the hydraulics about the fail, which will take out the bleachers.

Alex is closing in on the science lab … as the devices start their first intentional pulses. Which is accelerating the malfunctioning of the gym equipment.

Up at Ptronic’s speech, he looks at the science lab in mid-sentence … That’s not good. … Um, should I be doing something here?

Joe
Bucking is getting more intense, even excessive, SURGE is clearly laying this on very thick.

Mette … Joe is yelling, SURGE is aware the mechanism is not behaving normally, class is reacting, Joe is ripping stuff apart, SURGE is now distracted …

She focuses on the floor, the device, the damage … so trying to dampen the movement of the device and create a shield to protect the bleachers (and suppress the damage of the impending explosion).

Defend -> 13!!! !!
All on the bridge area gets exceedingly heavy. Which doesn’t keep Joe from wrecking stuff (though pulled down from the cables).
See Mette doing this.
Flattened cardboard.
Bridge bucking setting down.
Influence over: Kid Cool and Seven Year. They are impressed, and actually paid enough attention to be aware of what you did.

Alex - feel the pulse as well … more of an overclocking effect of their cybernetics.
Skidding into the science lab.
People in the hallway, yelling about their phones.

Get in the room, making a beeline to the subpanel. Precise to make it a clean shutdown.

Defend -> 7!
Protects everyone. Failsafe / feedback as it’s winding down, an added localized discharge.

… lying on back, complaining.
Over time, clear Angry.
By the time they’re found, systems are starting to come online. Sitting up.
Teacher, disassembles everything and toss everything into bins, including the extra bits.

Nobody: hey thanks for saving the school Alex
Literally nobody: good job

Sync … Saw Powertronic pause, abandon what he was about to say, staring through the ceiling, eyes going through calibration sequence, takes a half-step … then, “Huh.” Then resumes his speech.

Directionless rumble through the school. As usual.

End of the period, Ptronic shaking hands, encouragement, Stark-like patter, thanks the teacher, Hellbinder interaction that has TENSION and Sync gets a double-take.
And … Sync realizes he has no idea of what Ptronic was talking about, because he was focused on what he’d say when he talks to him.
Ptronic starts talking to him. Interesting decision, Sync, it’s Sync, right? Sharp kid, in the place you need to be, guidance and insight into the world out there, not everything works, but lot of different ways to behave, seem like a great kid, we have folk on the HHL who are getting us to where we need to be, giving us the info we need, not in the line of fire, but that’s okay, you just need to find your niche, don’t all need to dodge bullets to do your thing.
If you check school records, I have the highest record aside from school speedsters!
Just think about it kid.

Trying to shift Superior+ Danger- (use your head, stay out of the fight)
Sync accepts that.

Thanks for hosting me, taking care of me, kept me from looking like an idiot. Shoot a message to the HHL, say you want a tour, tell them I’d said I’d give you one, next Saturday, not this Saturday, late in the morning, 2 in the afternoon, bring your friends. Little fistbump.

Joe in the corner, brow furrowed.

[Sync runs off to find Alex.]

Sync: You did an amazing thing today!
Alex: Really?
Sync: Yeah!
Alex: Thanks, that really means a lot right now.
Sync: No worries, pal! I got a fist bump from Powertronic!
Alex: What?
Sync: If you hadn’t given me the heads up about Powertronic coming in today, I wouldn’t have been able to talk to him. Thanks a lot! That’s the best thing you’ve done today in my eyes!
Alex: (deadpan) Thanks, pal…

Kiln lobs his fireball. And the teacher smiles as the bell rings.
Kiln. See me after school. We will discuss your detention.

Mette, the things you remember don’t happen. The bleachers are damaged, but students not hurt. SURGE spotted what was happening and help damp it down.

By that time, Joe has totally trashed everything. Roy and Evan are just standing amidst the damage. Do we get as do-over?

The falling debris makes Evan’s hair waft.
Roy is staring at Mette with an unreadable expression.

SURGE - everyone off to next class, except Young. You are going to be late. Very late. Get the brooms.

Advances every other time.

A little bit of “Huh. Not sure he fits in here in a school for heroes” thing.