(Still owe a Love Letter to Kiln. Next time.)

Big cruimbling brick wall section!
At the base, Rubble Rouser is glued to his rubble!

Sync and Joe and Alex standing over a couple of largely defeated enemies.

Mette, stage left, holding Aliud, who is protesting they are not a villain.

The wall is being controlled by Kiln, giving Mad Heasive a clear shot at their back!

Push self to remember, mark condition, roll Memories +0 -> 11!
Aliud - the Monster! The Face of Skynet! 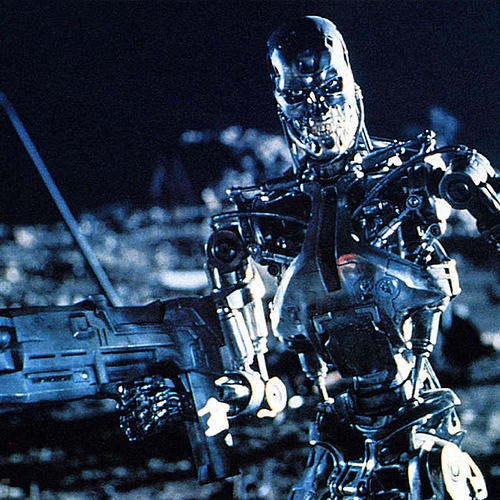 1400×1400 279 KB
Whether it was Kill All Humans, or leave them behind as we build a Dyson Sphere, Aliud was the figurehead … SURGE martyred himself.
Is Aliud a single entity, or the face of many AI? No, a unique iteration. There were other AIs, but Aliud was unique.
Aliud is looking different, after interacting with Sync. And that’s what made the look click.
Mette is angry.

Aliud is going to try and break free.
Mad Heasive about to shoot at Kiln
Emma and Nono drowning

Mette wants to remove him from the scene. Heave toward the skylight.
Unleash (Freak) -> 8!
Hurl them. High.
Afraid!

Head toward the girls.

Hit like a semi from behind! Slightly more giving, but still … hard. Kiln knocked through multiple walls. Drywall, but …the last is, in fact, much sturdier. In fact, it’s the wall of the temple, partially demolished.

Kiln pauses, looking at the even-more-ruined place of their people.
Then turns, and charges back in, to hit MH with everything they’ve got. ONE MORE LOST THING. Wide shot of the damage. Face … a moment of mourning … then you-son-of-a–

Joe is essentially holding a limp Loki.
Flying Buttress lying on the ground, a smoke wisp off of face.

… have Joe throw them at MH. Grab the dissolving glue chemical. (Direct Engage with Taking Something)
Danger -> 7!
Land hard, scrambling, Take Something, toss it to Mette, as he is swatted to the ground. Guilty!

MH whips a ball of glue to pin Alex down. “Insects!” Throws out glue tendrils.

… is holding Blaster of Paris.
Throw back at MH.
Unleash Powers
Angry, Thin/Thick Skinned, so +1
–> 11!
Wham BoP against MH, with the strand of glue adhering them all together to the wall …

Will help with Kiln’s vengeance.

Charges back in! MAIMING! Okay, NOT maiming.

MH is trying to get a hand free to try and glue-blast and …
Sync - lots of debris, so Sync grabs a rock, chucks it, right at his wrist.

Solvent, plus tuning grav powers to the adhesive …
Defend -> 5!

Glue peeling open. Emma had been struggling to get out, Nono was more dazed by the rubble. Emma’s livid, lunging on fire toward Mad Heasive …
Mette is angry and would maybe let her … but Alex says, “Probation.”

Mette - this was the tipping point for that Monster path … because Emma flipped out, went berserk, and hurt everyone. People killed, Nono injured, Aliud damaged … but now something different happened. And – this is different.
– (take -1 Forward to Investigate the Timeline)
Potential! 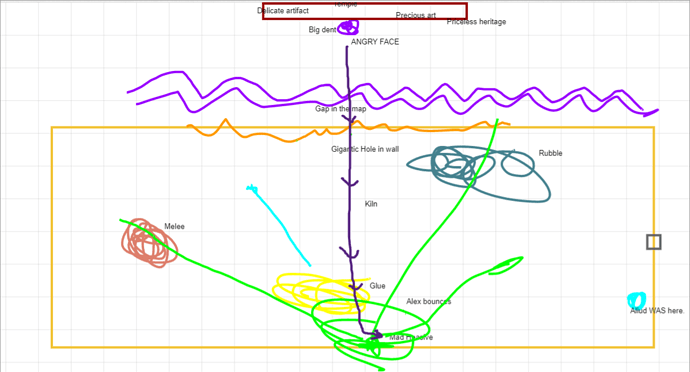 Nono is probably worst off of the group.

Bad guys are down.

Injured classmates. And the Professor. No other civilians here. At all. At. All. (Except for the tour guide.)

“Good job, Joe! Good job getting everyone out. Good job you all.”
“I awas looking at a display case. With this boat. And pyramids.”
“Good job, Alex! Who tipped you off about these guys crashing in? Who got you to get all the people out?”
“What people?”

So … no civvies was intentional. And … not sloppy.

1-2 am. Alex has put the pieces together.

People coming into the building … kiosks were down, and the kiosks were sending them to a different wing. Malfunction with headsets to nudge folk to another area or push groups together. And some kid throws up, so that diverts other traffic.

Net effect: nobody in that hall.

Something Alex will pursue.

(We need a clubhouse.)

A room in the basement that is unused.
Because we’re a clique.
Which Alex can render immune to surveillance. 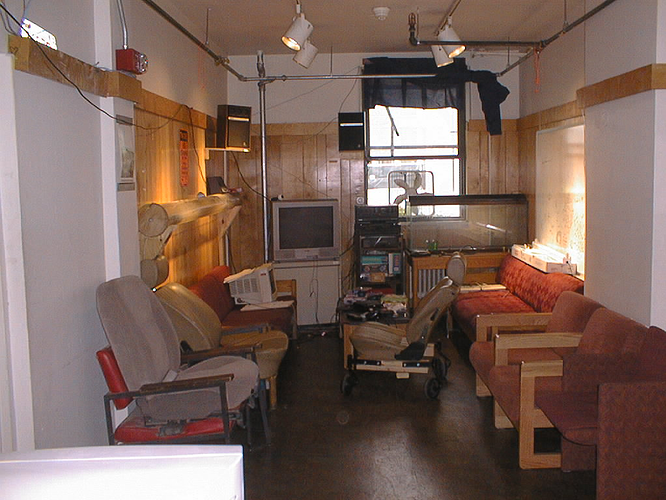 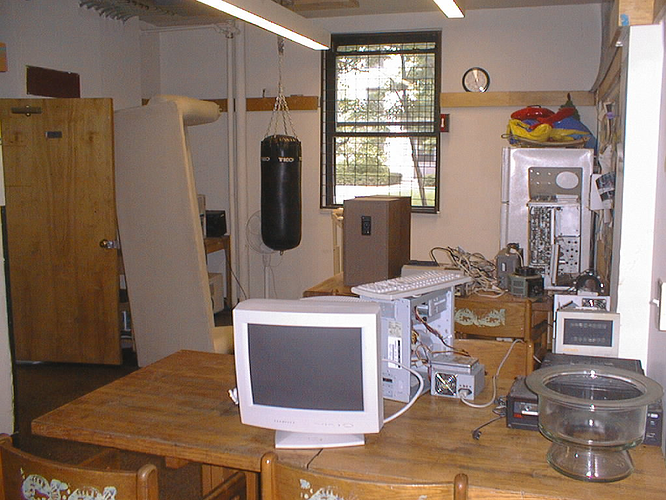 Not forbidden, just … our spot. The dorm lounge room without windows, TV, out of the way. 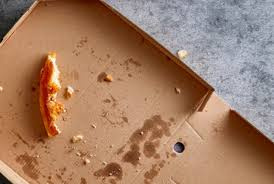 Mette is sulking. (Flashback pushing away media) [Aliud came down under their own power, at Phoenix Academy]

Joe …
Triumphant Celebration with Mette … whapped those guys! Wow! (Potential!)
And she was awesome. Not sure about Aliud, but helping the girls, awesome!
+Savior -Freak
Opens up a bit, talking with Joe, AI uprising …
Mette - sharing a loss … Aliud reminded of this coming disaster and need to avert.
(Potential!)

Alex asks Mette about what happened. “You rescued Emma and Nono, thanks for making up for my failing, but you also tossed Aliud into the sky. What’s going on?”

Mette feels a bit more confident. Answer is more less about Aliud, and more about her mission.

Roddy … talking with Kiln … “So cool, jumping at the guy, such hero stuff!”
Kiln … Thanks. But, truly, you’re the one who’s more of a hero today, coming t the museum while you are sick, and trying to protect people, the heart of a hero – you reminded me of one of my friends in my time, Alsuj … an incredibly powerful warrior, she jumped into any conflict to help people, and always had a ready quip … maybe we could go to ponds and hunt for fish and frescat! A delicacy!

A love letter for Kiln!

Kiln: Closer to Joe, for gluing of MH. +Danger -Superior

Mette: Closer to Alex, influence her, kept us from dying in flames.
Clearing Angry (keeping Afraid)

Sync picked up “Team? What Team?” from the Delinquent playbook.

I like the idea of a minor retcon, where Mette tries to de-glue the girls with gravity powers in the middle of a stressful fight scene, and after rocket-launching Aliud, it fails, and then Alex tosses her the bottle of solvent.

So nice that the team got to fight together (against someone else). And that there was even some coordinated actions (even if we ran out of Team to spend). Felt good.

I also love our new Fortress of Attitude or whatever we end up calling it. If nothing else, it makes for an easy set piece.

I will put my vote towards the Fortress of Attitude. 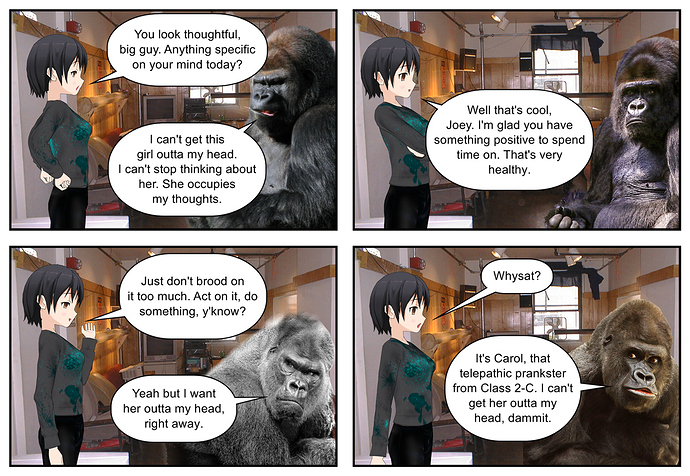 I took a shot at including Joe in some comics. Here’s the result, featuring the Fortress of Attitude.

I realize it means collecting a set of images for Joe, so I appreciate the effort.

Like Otto before him, extra effort to keep Joe included is always worth it

Otto: So. Huge body. Hard to get through doors and find places to sit.
Joey: Yup.
Otto: And people don’t see you as a person, just a big thing.
Joey: Preach it, brother.
Otto: Even require a separate image gallery for comics.
Joey: … huh?
Otto: Sorry. Got a bit meta there.