The temple guardians … it’s older tech from before Kiln’s people. Magitech scientists fiddling with previous tech. But Tahi is different from Gnega.

Tahi had brought to the Temple. She was aware of what happened to Joe, at some level. Access, something, something.

Joe took off from the temple. To walk into the jungle forever. Alex pursued, leaving Mette and Roddy and Kiln with Tahi.

I think I’d rather do the Joey/Alex thing asynchronously, through here. It’ll give me more chance to think about my responses. I realize it makes comments/actions from the Peanut Gallery a bit less easy, and if it needs to be read into the record next game, that’ll be its own special thing, but I think this will still be best. If nothing else, it will encourage folk to frequently visit the forum to follow along the drama, right? Um … right? (If other people do have in-game stuff they want to s…

How Is Everyone Reacting to That?

Joey:
Angry. Despondent. Took everything away from me. Everyone away from me. Esp. Mette, who I said I liked. Then Alex gave a shitty pep talk. Noted that heroes don’t give up, and do I really want to give up and … yeah … I don’t. Yet. So I went back with them. To find out more.

Alex:
That idiot ran off, had to stop him before he set of another trap, make sure he’s part of the team, and remind him the story ain;t over that, and there are crap intel sources out there so verify, dammit. Hopefully learned about impulsiveness and intelligence reliability.

Mette:
Is … concerned about Joe and how he’s doing, she’s actually more wiggened about the technology, mind transfer stuff, because that was that ethical branch which is why there aren’t robots in the future. This use of ancient tech with so many ethical questions … the tech is repulsive, even if Joey isn’t repulsive.

Meanwhile, back in the Temple

Roddy is asking questions, Tahi is giving answers … to Kiln. Kiln is annoyed. Roddy responding by being more and more annoying. “Hey, Kiln, ask the stupid rock …” And Tahi is getting more agitated.

Kiln: Focusing on communication with Tahi, including passive-aggressive comment to Roddy, “Okay, leader …”

Roddy is all, if I can get her to take a swing at me, I’m winning. This is how he deals with his problems.
Provoke --> 10! Spending Team Selfishly (bumped Superior up to +3 and bump Savior to zero) (and get to mark Potential).

Kiln steps aside. Aggravation never hurt anyone after 10,000 years of silence. Will intervene if she’s about to smite him.

Tahi rises to the bait … eyes grow hard and blue (like the wall tech lines). And the floor and pillers and walls around her respond.

Kiln recalls, “Respect the temple, or the temple will teach you respect.” With a “Fear the Lord” aspect to it, too. Roddy is smirking, perhaps not aware of what he’s about to receive …

… and then the light dies down around Tahi … and she starts to stride forward, one arm reared for mighty smiting.

The lighted wall near Mette seems to be getting brighter. Except it’s not following the carvings on the wall – the cracks between the stones. 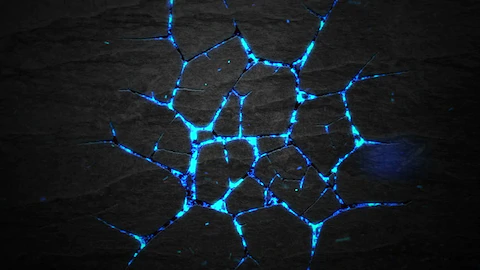 Alex and Joe are coming back through the trees … Alex is almost expecting another shoe to drop.
And they come upon a ring … a toadstool ring? No, of their drones. Dead. In the grass. A ring around 30 yards in diameter. Grabs one of the drones for later inspection.

Mette: light is building up.
Kiln: Watching to see if Roddy will get hit, but not hit TOO hard.
Tahi: heading to Roddy
Roddy: smirking
Mette: light is coming from outside, and coming in and it is BAD. It’s the undead moose energy signature of its big blast.

Roddy seems okay with punching the moose.
Also seems to bring Tahi around. 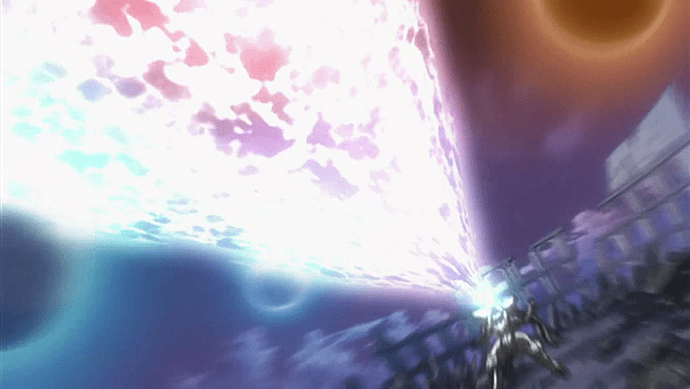 Joe and Alex hear the sound. Not where they are. In the ruins.
Alex - Moose shows up on drones in that area. Suddenly. Like dropping Stealth.
Joe says a bad word and bounds at high speed in that direction.

Alex putting a call in to AEGIS inquiring about orbital weaponry.
Higher Calling --> 10!

Inside the temple, the beam is coming down at an angle, through the earth from ground level. Tunneling down.

Roddy: At least someone’s showing emotion around here.
Runs at Moose.
Wants to Bullfight this thing. Provoke to get it to charge into the open space. 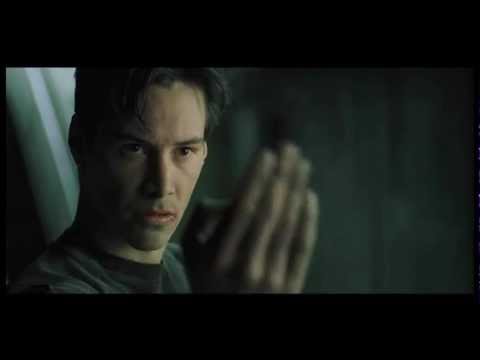 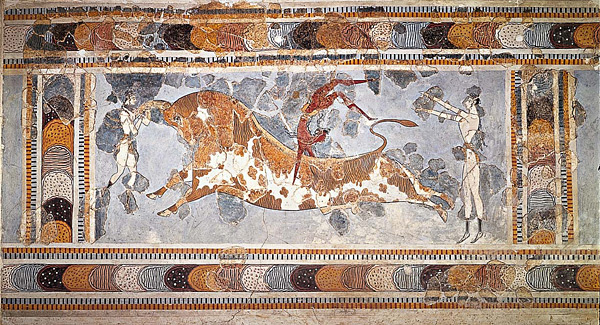 Kiln - This is not magitech. It is a creation of the Enemy. Megafauna chimera by way of Frankenstein, tinkered with sorcerously. The flesh is like mangy fur, hot with unnatural fever … it just feels creepy and wrong and uncanny valley. A very, very sick living thing.

It blasts as it turns. Beam tears into the temple, wiping out most of that left side of the temple. 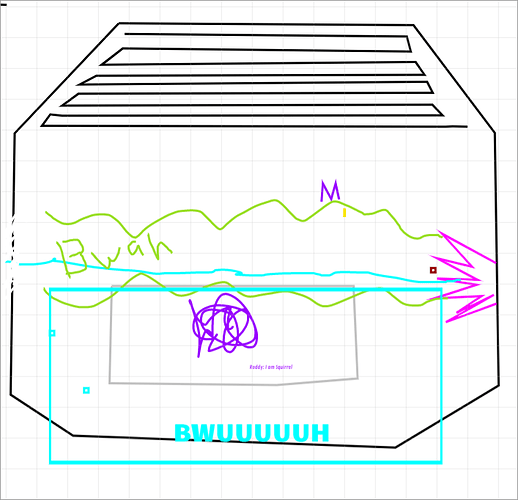 Kiln:
Directly Engage up the tunnel with that thing --> 8!
Takes something from them: clamber over the top, slash at it with as nasty-sharp weapon. Antler comes off with a solid chop, as it roars, and “Yes, ha ha!” and then it bucks Kiln up into the ceiling, and then kicks with both feet, knocking him back into the temple, bouncing several times, to three-point skid.

Charges after Roddy, attack shorting out …

Roddy dodges out of the way as Joe slams down onto him, with a Team.
Which is good because Direct Engage --> 6 (Thing is about to AoE attack, so Roddy launches off it, grabs Joe to give him a boost) --> 7!
Joe choose to Frighten the Opposition, land in front of thing, smacking head massively, bouncing it around, then ROAR.

And see in its face the registry of an existential threat, which must be responded to …
(Kiln would say this is a bad thing)
Massive AoE counter-attack.
Joe Take a Powerful Blow: 10! --> Provoke Roddy to a foolhardy action. And take Angry and Insecure.
Roddy: Take a Powerful Blow: 11! --> Remove from scene (slams into tree) …
… and Alex gets the Provoke from Joe, and if they don’t do it, mark a condition.

Alex: Directly engages with More than a Shield --> 11! (with the Orbital Cannon), slap the tracker on, dive into tunnel, shouting warnings to Joe …

“ping” light in the sky … then BWUUUUUUUUUH attack … and it’s … the same energy signal as the Moose (notes Alex). Ruh-roh.

AEGIS - agents can be put en route, but nobody immediately local, do you need onsite liaisons.

The stagosaurus is intact enough to recognize shape, but basically wiped out.

Trees are gone. And ruins. Caldera looks like a caldera.

Roddy is unconscious. Joe saved him, but is worse for wear, scorched and smoking.

Panels, as they retreat.

Tahi being helped along by Mette and Alex.
Kiln, carrying the antler.
Joe a few steps ahead, not saying much, Roddy over his shoulder.

The craft rises from the water. They … leave on a long, long trip home.

Next time … a horrible vision of the Future/Past! 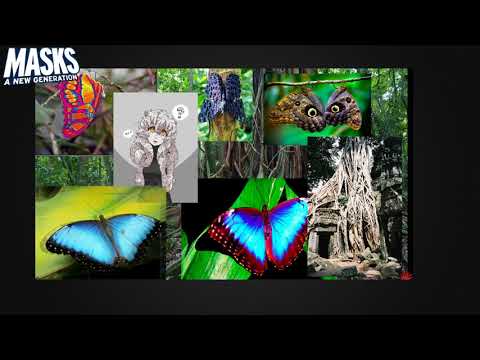 An idea that just occurred to me that I nearly wrote down as an Incorrect Quote … except that it may be Correct. We have, that we know of:

Since we are already thinking of a road trip there. Bonus, this also potentially gets Tahi out of the crosshairs of AEGIS, et al.

Sounds good to me.

Calling an orbital strike down caused a bunch of potential drama to be set in motion. As a player, here’s where I am on that.

A distant third is “any resemblance between Stagasaurus’ beam attack and the satellite”, which I see called out in Dave’s recap and honestly think I missed hearing about initially. I’m fine looking into it, but it doesn’t feel like something that will involve the team immediately.

What’s the ethics of doing something like that? It’s a question Alex will wrestle with, and it’s probably not a weapon they will call on again without having some answers.

It’s an odd twist on the whole S.1-2 of JLU, where the revelation (in 1x10, “Dark Heart,” written by Warren Ellis ferchristsakes) of the Watchtower having such a weapon fast-forwards the previous hints of a government effort to ready itself to counter super-threats (which goes on for another season and a half, delightfully).

I can see, in this case, not just Alex wrestling with it, but the rest of the team having some real questions about Alex because of it.

This campaign has been a bit more jocular than the first Masks game. This gives it some darker shades which I think are just fine. In between the fart jokes.

It suddenly struck me as blindingly obvious. Also something Joey might latch onto because just maybe Tahi can do something with that temple’s tech to do something about him.

People feel free to correct me, but I’m pretty certain that’s what I heard: “the same energy signal as the Moose (notes Alex)” That, to me, tightly latches onto your first point. Not only do we have in-your-face example of what that power can do, but that it’s not a nice, clean, innocently-developed power, either. 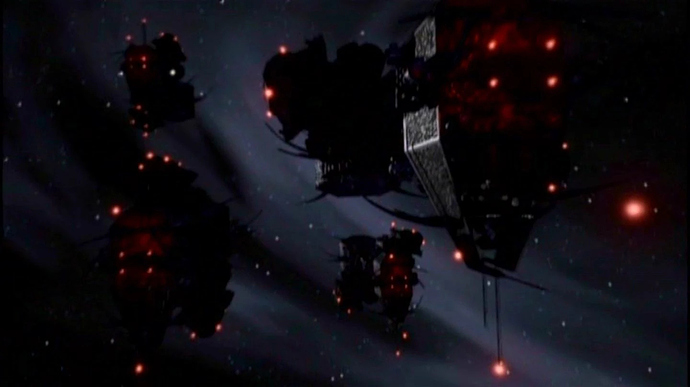 People feel free to correct me, but I’m pretty certain that’s what I heard: “the same energy signal as the Moose (notes Alex)”

No, I’m pretty sure I heard that detail too.

It suddenly struck me as blindingly obvious

People feel free to correct me, but I’m pretty certain that’s what I heard: “the same energy signal as the Moose (notes Alex)”

No, I’m pretty sure I heard that detail too.

Definitely what I intended to say. “The orbital strike is, per Alex-analytics, nigh-dentical to the Moose blast, in terms of energy signature.”

Of course, I screwed up the episode recording, so while I have record of my saying it, I don’t have anyone’s response.

while I have record of my saying it, I don’t have anyone’s response.

My recollection was that it was mostly of the “oh, great” and “uh-oh” and “well, that can’t be good” variety of meta-mutter, OOC one could argue. We probably need a true-up on that, story-wise, as well as what sorts of conversations were had on the Excelsior on the way back home, which might include: