Going 'Round the Table

Roll for Adaptability (Soldier) --> 4!
Light comes out of eyes and mouth …

Chorus in their head, roaring noise, turning into a voice … a chorus all speaking at once.
VESSEL … WEAPON … AVATAR … ICON … YOU HAVE COME TO THE MOMENT OF DECISION AND ACTION. YOU HAVE CARRIED US FROM OUR DESTRUCTION TO YOUR REDEMPTION. FLUVIS HERE. WE ARE FORGED TOGETHER IN THIS KILN, AND ARE NOW READY TO ACT. FIND HIM, FINISH THIS, SAVE US.

The bots not listening to Powertronic are listening to Fluvis and are trying to take over the swarm. What are you doing, and what Move?
Repurpose components as amplifier … 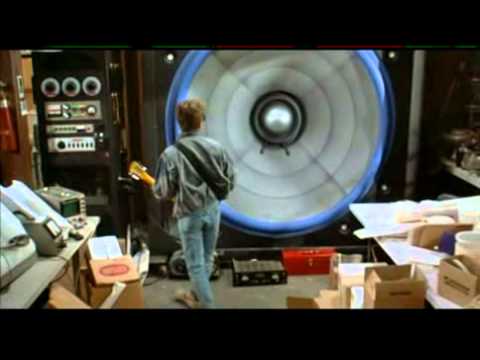 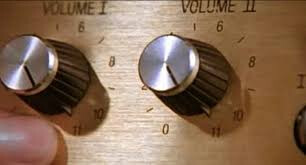 … and need unoccupied gorillas, acting without question. “Higher Calling” (with Team from Joe to give them help) --> 9!
Want to make Fluvis concentrate his power there by overwhelming the psychic landscape / influence on bots, etc. Unleash Powers --> 13!

Provoked P’tronic down within reach (and a half-dozen Doombots). How engaging?
Team Mechanics. Joe is leading! 2 … infl over all 1 … Purpose (Joe, protect the community; Mette, prevent destruct of Earth; Sync, take down Fluvis; Kiln: take down Fluvis; Alex: defend the city) … no mistrust 1 … on-balance 1 …
Direct Engage + In a China Shop --> 11!
(1) Avoid blow (his energy chest thing)
(2) Provide opportunity for allies
(3) Take from him “YOU ARE NO HERO!” self-justification from his head.
Bounces twice, three-point hit. “Hero? I’m POWERTRONIC!” … twists something, and starts glowing ALL OVER on the suit.

Tahi has you on comms … lots of bots coming in … can squint out the turret and realize it zooms in. SURGE is coming … Allius coming from behind … and Tahi says she needs his help in the control room. GW is shouting things on the comm.
… sees P’tronic, that’s his Oh Shit maneuver, 70m radius, blast EVERYTHING.

There is no “I” in “Team” but there is in “Fuck it, I don’t care how big the room is, I cast Fireball.”
Too far to do anything. Mette, Alex, Joe, many NPCs on both sides in the blast radius.
GW, Tahi beside, Alex screaming in his ear, seeing Joe about to get blasted.
Tap to comms – That’s his overload mode! He is going to kick the shit out of you, but then he’ll be powerless …

GW says Aliud and SURGE are incoming. You can just see them if you squint.
Want to do a Defend to bury him.

Savior --> 15! KAPOW! Ultralight, into the air, she gives him a kick to float back 70+m, among the attackers. KAPOW! Poor robots and bugs …

And Then Things Get More Dire

Lots of interference for Alex’ purpose, feedback from things blowing up …

Roddy - Heading down to see what Tahi needs. GW seems unhappy, but turns into white and glittery, bubble, sinks into the ground.

Kiln - Saw this. Fluvis is getting closer, heading for temple, using P’tronic as a distraction. Alex, eyes on back of temple? Drones. Freak --> 8! Can’t see F, but can see … gaps.

(HHL … not in pursuit. Only a single quinjet kind of craft still with the HHS, but lagging long behind. Can pinpoint something … “Hey, Joe, you need to get in here and do your thing.”
Kiln – “We know where they are!” the voices say. Heading that way. Alert all.

Gorilla war chaos on bots and bugs. Bots attacking the bugs because of the influence thing. Joe bounds over to Alex.

Tahi has been going through the history images, replaying in the air. On Shuffle. Roddy and Gothwitch float down from the ceiling in a ball, float down, assumes GW guise again very quickly.
Tahi acks Roddy. “I’m not exactly doing this, nor can I make sense of it, but the Temple’s memory seems to be trying to determine a best course of action, What to Do. Processing everything.”
Alex - Binding that stuff into the overall interference signal.
T - I need someone who can understand the timing.
R - Sure.
T - (Motions to Joe’s “bed”)
R - I don’t want to be a gorilla – then Joe will be my king. 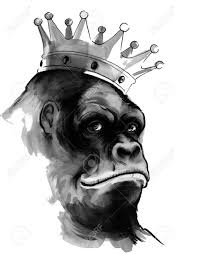 As it activates, Take a Powerful Blow --> 8! Lots of impact over the ages (thousands of years plus), plus theoretical stuff. Hooked up, getting feedback, can’t see, so want to burn influence over Joe, “Why does Joe’s gorilla tech so painful and primitive!” Joe => Angry. 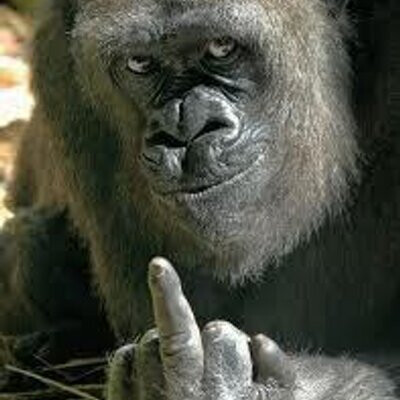 Resolving into patterns. Temple pseudo-AI trying to figure out best thing to do. “How do all the bad stop?” Are You Watching Closely (doing through the temple) -> 9! Spend Team Selfishly, doing a deep dive.

Kiln, over the temple, through the woods.
Into a clearing, where Fluvis will pass through.
F has a swarm around him. Also a group of bots. They are in the way. Notice each other at same time. FIREBALL!
Overcome an Obstacle --> 8! Temp/Unstable or … for a few second, clear shot!
Kiln vs Fluvis. Straightforward charge. With a guard of past spirits in a phalanx behind them.

Focus on the here and now, and focus more on the Golem figure. Clash, swirl of air, blocking with locked swords, earth scarred by K’s blow. Growls, this was his doing. Grabs sword for a moment, bounce up, bounce down. Big crater … bugs/bots charging up … Call on Tahi (temple defender).
Tahi virtually drags Roddy’s attention into shape, but then see a deep beneath the city.,

Joe arrives.
Big thing crashing down, big chunk of rock to deal with.

Mette - P’tronic reducing self down, ejection seat, chest harness, gadgeteer costume. Out of the suit, up in the air. Looking around, scanning … SURGE hits him dead-on flying tackle … sail 200 yrs over M’s head before P’tronic gets leverage, twists to get away from him. S tossed into underbrush. P scans the sky … sees Aliud … profound look of GREED on his face.

M - The corruptor, determined to prevent.
SURGE - Looks determined to get to P.
M - Ignore situation at the moment, and, without touching P’tronic …
Aliud coming in faster now.
M - Command the Excelsior, running that direction. Staying in the way of the conflict off in the background. (SURGE picking up stone from the ground, seismic stuff. )
Unleash Powers -> 7!
Afraid.

Joe - Racing out of the temple, rocks are still falling.
Big long avenue, pile of rubble … Golem stalking up the street toward J, hundred yards away.
Roddy - Explose a weakness. Overlay of lines, arc gracefully toward Golem, then rebound. Weakness: Golem is not solid rock, so vulnerable to sound …
Alex - Latin chanting, sonorous noise, reshape the temple into an echo chamber … assembling gorillas.

Joe - Rest of team is on exploiting a weakness of F. So … Defend.
Golem is big. Fluvis is big.
Joe is really big, too.
Leap and flying forward as if punching, to turn it at the last moment into a grapple.
Defending the Tribe --> 10!
Influence over the Tribe. They see what i’m doing.
But … Golem is spikey. And a hero fo the age. and an elder god.
Dicey for J.

Then Golem starts to shake – Moment of Truth for Tahi. Tahi is shaping the stone of the temple. Gorillas are there. Routing the sound of the gorillas into … one place. (Kiln hears the song of their people)
Golem vibrating like mad.

Kiln – can hear the sound, and the chant being brought together into them, shocking recognition of the voices within them, a conduit, Bots and Bugs are approaching, absent arc of flame from sword. Joe is holding Fluvis somehow, but almost fuzzy from the vibrations. Almost a sense of slowing down as dropping down at Fluvis and Joe.
K’s Moment of Truth!

This isn’t the age you were born into and the world around you isn’t what you could have ever dreamed to be possible from where you stood so many ages ago. The number of people, the technology, the power to help and heal and harm are unfathomable. But in this moment all the assaults on your senses dim and you find your center and old lessons rise to the surface. The old ways may be harsh but the times were harsh. Deal with a situation as your ancestors…or rather their ancestors and your people…would have. No frills, no pomp. Clean and expedient. Expect backlash when all is said and done as you show yourself to be the barbarian so many people thought you were …

Voices in head, shouting “Destroy it! Kill it! Destroy it!”
“But this is also a person.”
What does it mean to be a barbarian?

Mette - Excelsior … interposing itself to SURGE, until Aliud realizes that Mette is blocking them.
A - “Let me help! Why are you always like this for me.”
M - I’m sorry, I can’t, he’s infected.
A - He’s our – our teacher!
M - Not SURGE, P’tronic. Golem was contaminated by an ancient evil. Spreads throguh tech. Spread to P’tronic. You can’t touch it without becoming potentially infected yourself. I don’t want you to be the Monster. I can’t …
A - (hears, but …)
SURGE - Screams. P’tronic has a gizmo, sharp/pointy grabber, stabs into SURGE, can see the blistering of the infection, yelling with pain.
M - It’s the infection! You help Sync in the temple, I’ll help SURGE, I can’t be infected! This doesn’t have to be your future!
Provoke --> 9!
Roddy - Mette, we could really use your help!
M - I’ll send Aliud!
R - Oh, yeah, they would work much better.
–> 10!
A - (Points a finger at M) You … you save him! (and gone) 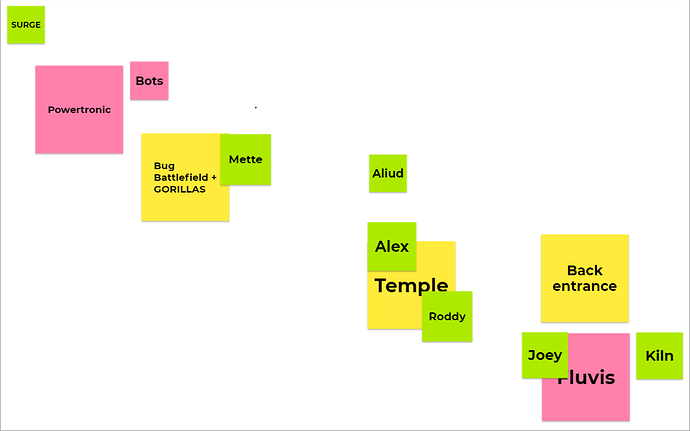