Ghost Girl and Harry standing on the front porch, “No, you;re the best” before Mom comes out and screams.

Ghost Girl sitting with Harry angsting about being a monster. Jason flashing through the security footage, finger-shot, collapsing on the floor.

Harry is checking out a magical background radiation thing.

Oh, and his dad texts, wants him to swing by to talk about being on the 11pm news. With eggplant emojis, as usual.

Harry going to talk to Dad about contacts. With GG. They pull up to the starter castle. Horse property. Large fences to keep people / paparazzi away. Some defenses, but not much.

Newscasters/media pundits. Nobody likes “The Menagerie”, who’s running the store, where’s AEGIS, where are their parents?

Mr Gale introduces himself, Silver Streak. All sorts of graciousness. On the news! Ghost fighting! Pretty spooky dudes out there! “Menagerie assemble, I guess!” Small-town football, when Dad’s the coach. Raise the issue about Toilet Paper Guy and the impending apocalypse. 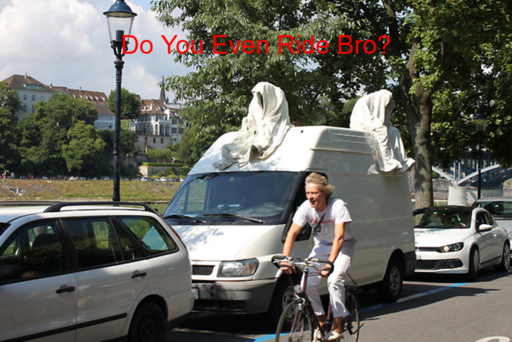 “Never mind what all those people out there are saying about you, Charlotte, you’re doing great out there. Cut loose out there!”
[Freak+, Mundane-]

Ghost Girl decides to fight Mr Gale’s push. She fails … she will get more freaky. It takes the wind out of her sails rather than her doing something zany.

Concord is doing homework. There’s a lot of end-of-quarter projects. 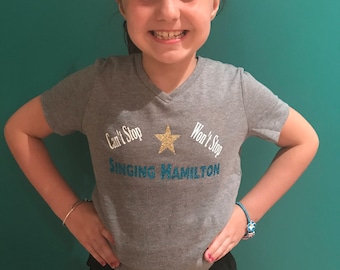 Sister Jordan sneaks into room. Distractions. Singing Hamilton. Mom is not amused. “She’s under the bed.” [Doyce channels little kids refusing to go to bed AND singing from Hamilton, which is almost certainly no stretch for him.] Mom insists on 5 minutes more. More tickle-wrestling ensues.

He doesn’t get his homework done.

Pneuma … has left. Her cellular service is shut down. She has the backups tidied up, a blanket over Otto, dishes put in the sink.

Harry has texted Link. “Hey so we ned to go talk to this guy Lucius to see if the whole magical apocalypse is real.” That was around 2 a.m.

No response when he tries to text him back.

Hmmmm … magical apocalypse research, or school? Hmmm, address at a coffee shop. Link will go to the coffee shop and chill.

Calls Jason … “Hello? This is Jason Quill’s phone. You have the priority bar at the top of … I work for him. I’m Ed, assistant manager at the warehouse … he’s … the ambulance is on the way. He’s out on the floor. We called 911.”

Link heads that way. “Tell him Leo’s on the way if he wakes up.”

Lets Harry know that Jason drank himself into a coma last night. 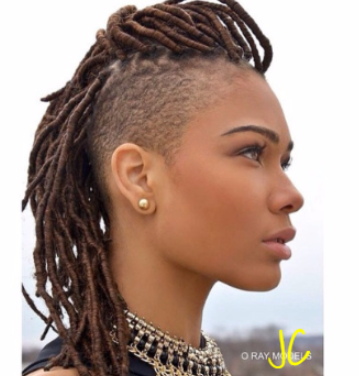 Harry arrives as Has Beans. A number of older patrons. The woman behind the counter is not a Lucius. She a darker skinned woman in dreads. She seems to know everyone, jokes with them, gets the orders out to regulars quickly. “Jaysee” or “J.C.”

Harry and GG give their order. The crowd is a bit shocked to see them. The older folk are there not showing any particular reaction. Harry seems flustered about the vagaries of coffee ordering. GG asks JC about Lucius. JC looks at her, then Harry, then … “Dad, you got visitors.” “I will be one moment.”

Lucius, moving with a cane, introduces himself and Harry, and Charlotte introduces herself. He’s very wellspoken. “We were hoping you could help us with a mystical problem.” Lucius invites him into the back. 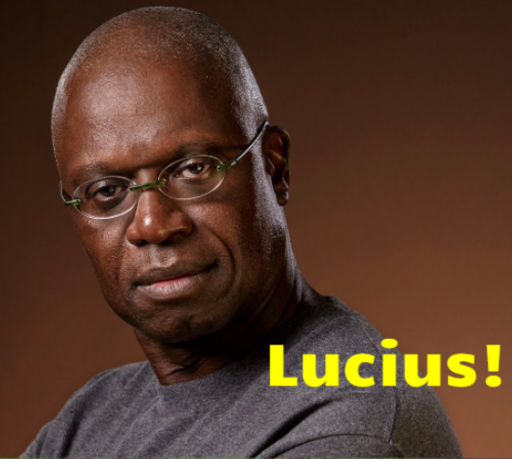 Harry updates Lucius about Ghostheart’s warning of the impending magical apocalypse. Lucius doesn’t knnow GH – after his time. Concern about breadcrumbs being dropped – like GG and other ghosts – that will attract this apocalyptic entity.

Lucius offers to help confirm the breadcrumbs, pulling out of his belt/katanspace a claymore with a cold, blue light about it. He hefts it effortlessly. “Mr. Gale, please stand … and kneel.” GG stands beside him.

Concord is waiting for the bus. Checks out the text messages – Lucius stuff, Jason stuff … Adam is trying to decide what to do, as he sees the bus at the previous stop.

“Man, I wish I could be in two places at the same time.” And he splits. Except he only has a single consciousness, and needs to keep track of which of him he’s talking through. He feels overwhelmed, but one of him rides on the bus, and the other flies toward the Quill campus.

Link pulls up. They wave him in (wow!). Jason is passed out, with a jacket under his head. Two older guys, a college age girl. “He’s not completely out. He’s muttering something.” Ms Josephs is on the way, don’t do anything until she gets here.

Leo – “Tell me what to do. I’m worried about the state of his brain.” “Who is this?” “This is Leo.” “Ah, yes, Link, right. You have been given free run fo the facility within certain parameters. We will have someone get you into the lab.” Jason is wheeled in a cart.

The neuro-lab. Ultimately, for Leo, equipment is equipment.

Link gets a text. Not a message. Looks like an amber alert? Just says, “CONCORD - OMW” with a cartoon image of his head.

Leo determines Jason is in some sort of REM state – not normal dream cycles, but …

He’s caught in a REM loop, maybe to trap him.

Leo wants the EMTs to come in, make sure he’s okay, and give him a stimulant?

Concord’s vision of Jason … his aura is churning, kind of stuck … like he’s working an unpleasant problem in his dreams. He turns over to Leo, “He’s not doing great.”

“Who’s not doing great, Mr Amari?” Oh, that was said in the classroom, by the teacher.

Adam decides to try to use his power to shock Jason out of it. “I might be able to pull him out, but will have to give into the Concordance … or else I’ll only pull him out for a few seconds. What should I do, Leo?”

The sword point, so that the crosspiece touches Harry’s forehead. Pulls out some sort of weird energy … aura … “yeah, the delusional psychopath may unfortunately be correct. I’m sorry.”

Lucius. “There are ways to address this sort of thing. A zealot such as this Ghostheart has only found _a_ solution. Never believe that there is only one solution. It only matters what you are willing to sacrifice to achieve what you want. The solution for you may not be beyond your grasp.”

GH wants to quarantine GG and those touched, like Harry. Lucius is encouraging toward GG – “You are bringing them hope.”

Also encourages Harry. “… by undertaking uncomfortable activies on behalf of your companions. It will serve you well. Well done.”

Walks them back out.

Link: “The way you put that, it sounds like calling on the Concordance is a bad thing. Do you believe that? If you can bring him back, go ahead.”

Adam decides to go for it. He steps into the warehouse. Ten second loop … finger-gun … Adam’s voice has that specially colored voice-bubble. He grabs
Jason’s shoulder in the vision, “This is NOT where you are.” Jason sees himself lying on the floor.

Jason disappears from that scene. 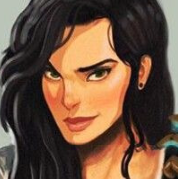 And Adam hears, “Aw, you took away all my fun. Luckily you’re still here.” Alycia … but she’s flat and two-dimensional, like a flickering freeze-frame.

The Concordance looks at her. “You are nothing but a falsehood. You are a deception.”

“Am I? Maybe later. See you soon, kid.” She finger-guns … and vanishes.

And Adam pops back.

Jason and Leo and Adam

Jason gives them an infodump of what he knows of Alycia and her plans.

Leo notes that what Alycia’s doing may ally to the Dread Queen and the V-folk. Jason: whether or not they are working together it could fit in with the DQ’s plans. “But Alycia will never believe me.”

Jason shouts, “Okay, we’ve got to go to Pennsylvania!”

“I’ve gotta go, bye!” Adam clicks back and is standing next to his teacher’s desk in AP Lit.
“Well, Mr Amari, get walking. The principal is waiting. March.”
The paper is a behavioral remanding (“You are nothing but a falsehood”).

Next week: Adam and Leo in “School Daze”! 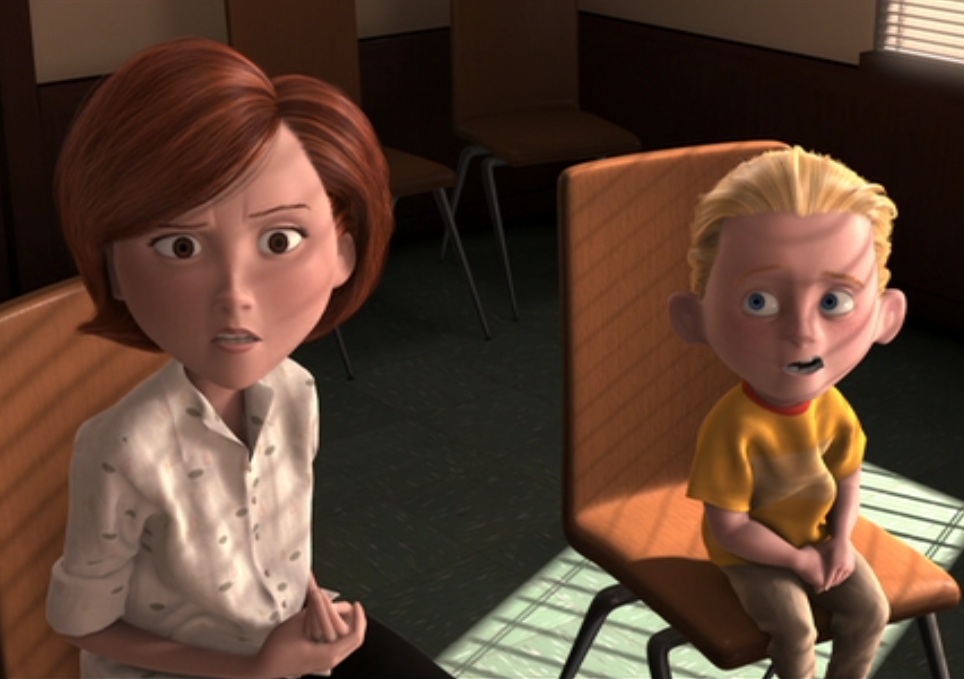 And for next time, what Leo is like at school… 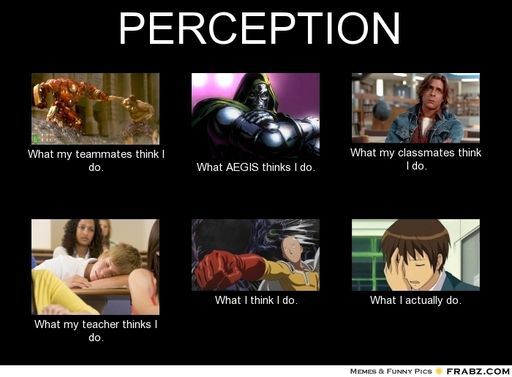 Hey all. Sorry I fell asleep and missed all of the fun. I’m sure much fun was had at my expense and I’ll never live it down. But in my defense, the mystical sword messed with my mind. That’s my excuse and I’m sticking to it.

Hey all. Sorry I fell asleep and missed all of the fun. I’m sure much fun was had at my expense and I’ll never live it down. But in my defense, the mystical sword messed with my mind. That’s my excuse and I’m sticking to it.

Much fun was had thanks to you, but not at your expense. Thanks for sticking with it as long as you could.