MENAGERIE #29 - WHEN STARTS THE SEMESTER! [Recap]

Winter Break is over!

It’s time for a second semester assembly in the auditorium. The school is at capacity (Gardner took the advanced / AP kids, elitists that they are).

Teachers and staff, with dept. heads, up front. Welcoming students, be hospitable hosts.
Summer and Aria, twin sisters, are also enrolled. Sitting together.
Summer waves Jason over. He ends up sitting next to Leo.
Jason’s phone buzzes. “HELLO HERO” Jason slips the phone back into his pocket, wide-eyed. (Later, after assembly, responds, “HEY” --> “SSSHHHH, NO TEXTING DURING SCHOOL”).
.
Harry will be showing Adam around the school.

The assembly drags on 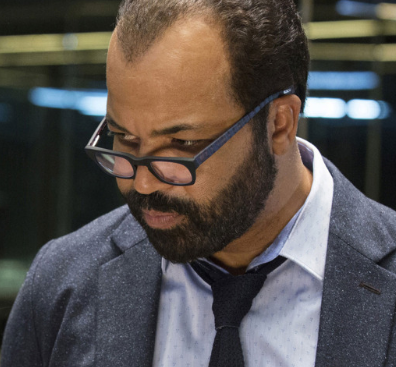 Charlotte … a rumpled individual is meandering through the cemetery. Glasses. Looking at gravestones. Following a map / guide. Eventually finds her gravestone. Taps at it. She comes out.

“Miss Parker. My name is Mr Wright. I am a solicitor under the employ of the Quill Foundation, to see if you need any assistance. Do you want to not be dead? Legally, that is.”

Sits down and chats with her about the legal implications of being declared not dead yet.

She has no responsibilities, but no rights. As living, she would be under the burden and protection of the law.

New students getting orientation, any questions, faculty touching bases with particularly interesting people. Like … Dr Schumer zeroing in on Leo. “Uh, yeah, I’m all about science.”

Jason pivots and exits, hyperventilating (his nanobots were actually starting to armor up).
Leo - plays it cool, encourages Jason to breathe deeply, go in.

Kelvin is leering at the girls, without much luck.
Class starts.

“So we’ll get the squealing out of the way by starting with Health & Sex Ed the first week.”
Girls are playing it cool, but with a palpable inner delight at Jason’s discomfiture.

Harry: Poetry - with A-10.
Starting with … the romantic poets.

Leo – Trace comes over to Leo. Signing up for any after school stuff? Want him for the lacrosse team. Leo agrees.

Jason – text from Barbara: “ROOK WANTS TO HAVE A MEETING.” “WITH YOU.”
With me and not the board?
Location: the apartment block we’ve wanted to buy after the cemetery thing.
Don’t spot Alycia around, but do look for Leo.

Harry finds Adam.
Eat at lunch.
Keri sits down by them. “Introduce me to your friend who I have never met before.”
Harry officially does so. They establish they know each other so they can chat.

Schedules are now set. Study session classrooms assigned. And in ours …

Waters: Wanted to get you folks together to let you know what’s currently in the works.
Miss Chin here is here under the watch of AEGIS. Parker is her handler. She has surrendered herself to the agency, certain agreements as to father’s activities, helping those involved to be brought to justice. We’re working on some other agreements.
Miss Chin has shown an interest in … turning over a new leaf … and the Menagerie happens to be an organization with peers in her age range that she has some previous interaction. We thought it would be best to meet with the team. She will be attending Gardner as part of her probation.

Waters: My understanding is that Leo is in charge of field operations, but we’re officially presenting this to Mr Quill, since it’s his name on the sheet on file, and we can’t engage in an agreement with Mr Snow because he is also an AEGIS asset, administered by myself.

Leo: I’d like to talk to Miss Chin in private.
They go to a corner.

Waters and Parker call over Jason to the other corner.
Waters: AEGIS official stance on Vyortovia – that V in Halcyon airspace for a second time, active hostility, no official understanding what they were here for, but were engaged by troops under direction of the city (Menagerie, Rook Industries, JHHL, Irregulators, etc.). Unclear if coordinated with attack on Vyortovia with the HHL.
Parker: watching Jason, sizing him up.

Leo: Do you know who I am?
Alycia: [Doesn’t know he’s the son of Rossum. This is in conflict with previous cutscenes, but will now be retconned into place.] You just came out yesterday, you have a knack for mechanics and bots and I, and assume you have a background like mine because you have a handler.
Waters is my Parker.
Yeah, I don’t think it’s quite the same as her relationship with mine, but, yeah.
Things are going to be rough with you. But. I need access to your brain to help my friend restore his memories. If you go along with this, you have my support.
That’s you? Yeah, I already told him … yes. I don’t have to like know … everything … about him, do I. We get to keep our private parts private, right? Focus on the damaged parts, right?
Leo won’t be privy to what’s being combined, but aside from that, it will involve whatever the machine needs to patch the memories.
Yeah, soon as I can get out from underneath … I assume you don’t want AEGIS to know.
I think they know. I don’t care. – Leo gives Jason a thumbs up.

Jason: I vote yes, but this needs everyone’s input.
Parker: Early days. We have support from AEGIS, and from congressional groups that need to give their approval. She will be brought on anonymously, of course. But we hope to have something concrete to offer and propose in a few short days. Wanted to let you know – and to ease your mind she hadn’t escaped and was stalking you through the walls of the school. Can arrange for a visitation arrangement.
We need to talk with her to make this a joint decision. Perhaps a reception at the Quill Residence this evening. Since you’re the ones in a rush. [So are we, but why let them know.]

They take her off to see the school counselor.
Quick wrap with the team – Jason serious that it’s everyone’s choice [and hers, too, a ghostly voice adds].
Jason lets them know about the Rook appointment, too.

Charlotte, afternoon chat, first in the graveyard, then in the coffee shop.
If Rosa Rook decided to buy and tear down the cemetery, Charlotte would have no standing to stop it.
Potential complications – records, could take an indefinite amount of time, a while before it’s settled.
Could possibly also attract unwanted attention.
So start off research for as long as can without filing. Get some records to him.

Harry: Another visit to the hospital.
Amiger was wounded, but not so bad. Paladin isn’t around, but nobody’s talking about that. HHL has been very quiet.

Adam: Will go along with Otto.

Jason:
Ground floor of the twenty-story apartment is a convenience store, business offices for rent – that’s where we meet. Couple of Rook security outside the building, call us in as we pull out.

Rosa and a couple of corporate lawyer times on one side.
Barbara is there. A Quill attack dog lawyer.

Rosa: Rook Industries has an interest in this property. We both do. And we both know the provenance of that desire. No progress. Very good lawyers on both side. Stalemate. And the building is going on its merry way without any of the development or care that either of us would prefer. A partnership. To build a hospital. On this location.
Jason: That sounds like a bad idea.
Rosa: Roll those dice.
Jason: Barbara shrugs. 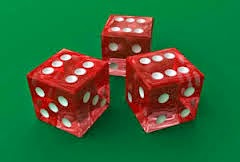 Roll the dice. 18
Roll again. 18
Roll again. 18
Rosa: Interesting quality in research here. Mathematical property about the area … quantum math is much more simplified in this area. Everything here rounds up. Imagine a 55% chance of a medical procedure being done made 100% … we could save hundreds of thousands of lives. Accomplish some good. By joining forces. And doing something with this. That’s my proposal.
She slides a single sheet over. No signature lines. Just a write-up.
Jason will consult with his people.
Rosa leaves.
Jason makes clear to Barbara that he doesn’t trust Rook (of course), and that she can’t get control of something that can affect probability this way (examples of shenanigans). Will meet tomorrow.

Charlotte – you know this is all Sepia probabilities. This needs to be closed.
And confirm … the same phenom in the cemetery.

Sorry if I seemed out of it towards the end of the session. I think midway through the session I was starting to come down with something that finally hit in the middle of the night and have been bedridden almost all day. Hopefully it clears up soon.

I didn’t bring this up during the session but part of the reason I wanted Adam to go along with Jason and Otto was to tackle the “Leo–Adam–Sol–Keynome” situation sideways. Otto gets under represented in a lot of the team interactions, so I thought their time waiting on Jason might be a worth while side-story for the forums. Don’t know if you want to tackle that too, Bill.

I didn’t bring this up during the session but part of the reason I wanted Adam to go along with Jason and Otto was to tackle the “Leo–Adam–Sol–Keynome” situation sideways. Otto gets under represented in a lot of the team interactions, so I thought their time waiting on Jason might be a worth while side-story for the forums. Don’t know if you want to tackle that too, Bill.

FWIW I was also home sick Monday & Tuesday, and my office had its ass kicked too. I think part of that is we’re all relieved that our big thing shipped, so the tension holding us together collapsed.

FWIW I was also home sick Monday & Tuesday, and my office had its ass kicked too. I think part of that is we’re all relieved that our big thing shipped, so the tension holding us together collapsed.

You, Dave, Margie, and me?! With everyone in the house already sick, James is only days away from it most likely. And Doyce has little kids, so all it takes is a stiff breeze and everyone in that house will be ill with something. Why is everyone sick?

Knock on wood, but my kids hardly ever get sick. Which is convenient since they basically live in a Petri dish all day.

Can I confess to being a little relieved about this being part of the reason the energy levels were a little low Monday?

I mean I know it was an odd session, but I’m a little glad that wasn’t all of it.

Also and more importantly: as we head into the spring crud season, please remember that if you’re feeling poorly heading up to the game, you should absolutely say something, cuz you’re probably not alone. I’d rather take a break of a week and let everybody get better than try to slide through.

I can’t speak for anyone else, but I know that this game is one of the high points of my week. So unless I am really deathly ill, I would rather stay up and struggle through than miss out.

I can’t speak for anyone else, but I know that this game is one of the high points of my week. So unless I am really deathly ill, I would rather stay up and struggle through than miss out.

Once you are feeling better, Mike, set up your Adam and Otto thing as you like, I’ll be noodling with Agent R and similar shenanigans until then. 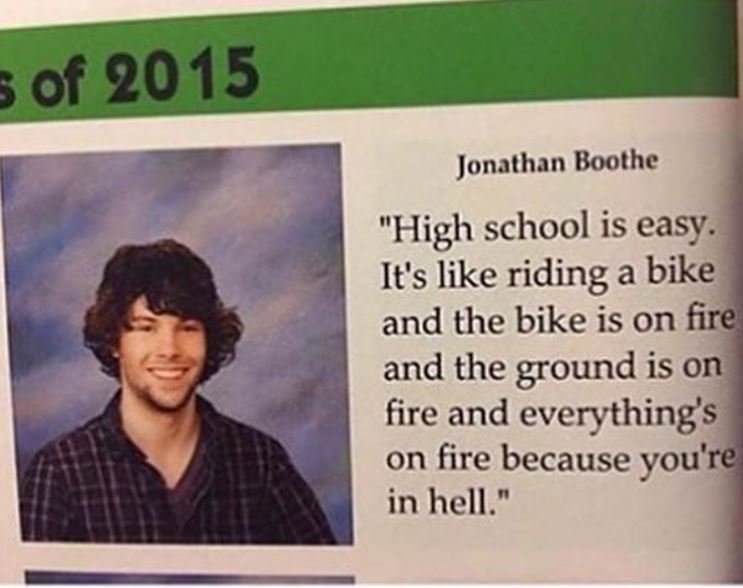