MENAGERIE #31 - SHALL THIS CONVERSATION PIT ENDURE?

The video for this episode is here.
Alycia’s perspective is here.

Jason announces his retirement.
Alycia gives him a death glare and departs. He follows.

And everyone looks around … as crickets chirp.

Leo approaches Ghost Girl.
Leo: Noticed that you’re doing useful stuff, when we’re not around. So … thanks. How can we actually help you?
[Comfort and Support! 12! Potential! Add Team to the Pool.]
Charlotte: Focusing on things that are unique around my own talents. Epiphany in the Sepiaverse – was focusing on supporting the team, vs things I can uniquely do. Working on the Wounds in the fabric between here and the Sepiaverse. And stuff around other ghosts, what that really means. Sometimes I’m just being impulsive, and feel like I’m running off and doing something.
Leo: I so understand. But your needs are also the team’s needs. Also … assuming about how your world works, and not enough listening. What your condition means to you, what your fellow ghosts are, what people need on the other side, etc.
Charlotte: Trying to figure that out myself.
Leo offers up Aria as a sounding board on this.

Aria … Do you want to talk about … housing? [to Leo]
Leo: Other places for a base? That don’t have a security system run by Jason’s Dad?
Harry: I have something that could help. Grandma … she was a member of the SOS, and since they’re all dead or retired, and if we want a place, we could use on of their old bases.
Leo: Yeah, my alternative is not so great. [Dad’s old base. And AEGIS monitoring instruments.]

Alycia comes back in … without Jason.
Jason follows, peels off.

Summer brings a coupon to Alycia.
Um, thank you. Great suggestive selling.
Charlotte - blintzes great. Will take you sometime.
Alycia - Yeah, being dragged through shadows doesn’t help the digestion.
Summer - I work there. It’s where we did the AMA. 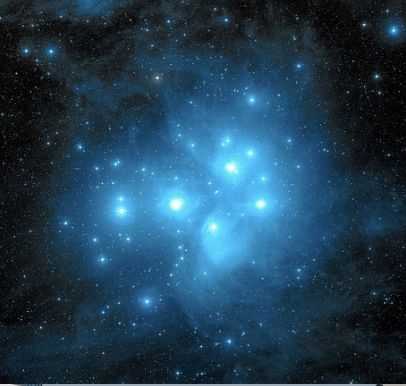 Otto on the couch with the big screen: I got something. I think we could do with a moment of silence for a fallen teammate.
Adam’s in corner looking solemn.
Alycia is raising an eyebrow. What?.
Otto passes on leading the moment of silence. Anyone want to say something?
Harry: Sol was an invaluable team member, cared for Adam in his own way, and we need to do what we can so he can live on.
Charlotte: It’s important to say how much I appreciate the work he went to support Adam and help him grow. If not always in our thoughts, we’re going to miss his presence.
Leo: From what I experienced of him, he was weifd, and sometimes out of control, and didn’t always understand folks, and had a lot of power. But he was there for Adam. Which is why he was one of us.
Jason: He kicked ass. Saved Adam, saved us, saved the world.
Alycia: [Silently watches. No advantage in being snarky.]
Sol was a weird robot who came from someplace I don’t understand. He helped me fight supervillains in really odd predicaments, sometimes when I wasn’t in my own body. He was my friend, and I really miss him.
[Comfort and Support! - Link - 7 --> Adam clears Insecure]

Segues naturally to …
Leo: Silver Streak is still in the hospital. Recovering, but not yet conscious.
Harry: Yeah, basically. … [body has recovered, but hasn’t awakened] [Streak went after something under the mountain.]
[Comfort and Support! 13! +Team. Clear Guilty.]
Alycia: I hear they have a sorcreress on staff?
Otto: Talking about Hecate?
Leo: No.
Leo: Any problem with our checking him out.
Harry: … have to ask my Mom.
Leo: Will try not to catch everything on fire.
Curfew in half an hour.

Leo pulls Jason aside.
Need more money. Need a place to live. Willing to be your tech advisor.
Jason: You’re thinking like the warehouse? I want to do stuff with it.
Leo: Summer’s still using that body you built. I just supplemented it. She’s really keen on your plan, very interested, too.
Jason: Yeah! Provisionally! I want to build a grant. I want to build a Byron Quill Grant for like super-teams doing good stuff. Maybe one for Rusty, too. Yes. As soon as I can figure out where to allocate the money from. That sounds great! Also want to figure out how QF can bankroll teams in some way that makes the board happy.
Leo: Aria has a lot of ideas.
Jason: Okay! Yeah. I didn’t know I could … didn’t … sure …

Harry – catching flickers of … something … around the room. Tired and seeing things / eye muscle twitches? Or … something else.
Harry asks Aria if they are seeing something. No. But now she’s looking around, bobbing head.
Harry assesses [5! Aria helps. So does Summer, who noticed and came over.]
Harry “speeds up” (without phasing through the floor.) [Looking for what is threatened.]
Arranged around the room, affixed to various locations, are weird little devices, black, spherical, covered in beads.
With a clock.
And sees a critter look at him

Harry races after, warns them by comms about the bomb things … glowey alien sea creature.
Alycia and Leo are both kind of watching this.
Leo … going after the Heart Machine

Charlotte – try to phase partially through. Sees the bombs. Shouts to Summer, pointing them out.
Charlotte can pull off the wall; Aria and Summer can’t touch it.
Concord. Immediate thought – things have to go someplace, but folks can’t grab them, so have to change the phasing constants of the universe. Whoosh of energy through the entire floor. “True” these things, tapping the Keynome. [Burn - 10!]
(Felt like they were about to get back into phase shortly) 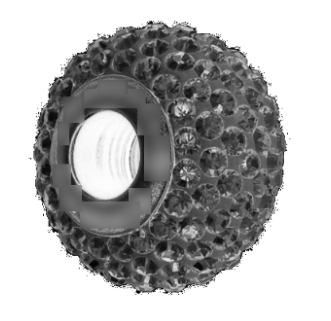 Alycia: Can see what Charlotte has pulled down, and can assess it. [11!]
“How can we best end this quickly?” – Basic airport travel alarm clock, not hypertech. Alarm is set for 10:23, and it’s been 10:22 for a looooong time. Absolutely sure that it is tiny beads of infinite badness. Just a button to hold a button at the back for a couple of seconds. 23 of them. “There’s a button on the back, hold it down, keep us from dying …”
“What here can I use to … neutralize the bombs?” – Concord bubbling them all…

Harry … unleashing power to short-cut down to the entrance. [9! Otto is outside, +1, to 10!] Otto boosts forward, rockets, morphing … Harry has caught up … the critter is looking around … 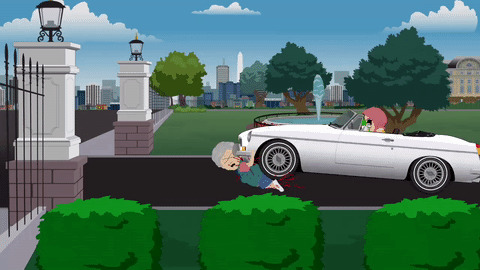 [Directly Engage - 6! Otto’s help --> 7!] Try to take down the guy, grappling him. Shocking!
Guy goes berserk. Lashing out, clawing, kicking, biting, voice autotuned like … is he wearing a suit?
Harry takes a powerful blow. [10! on his special move. Keep attacker’s attention.]
(Every speedster is trained on how to fight when they lose their powers. And Harry got various inputs from different family members.)

Concord: “Smart people: how big of an explosion? How big of a gravity well do I need?”
Alycia holds onto the bomb she’s examining. Terrorists hate that.
Adam is enjoying the joy of stuff being sucked into the salty potato ship singularity. Remeniscent of reverse gravity thing that Sablestar did.
GG - Heads out to help Harry. Concord goes along.
Alycia: fine, I’ll stay here with the kid and the fembots.

The critter is fighting Mercury; Mercury is having none of it.
GG grabs the guy and shifts. But without the guy. [Directly Engage - 8!] Harry is trying to make sure he doesn’t run away (grabbed by GG, too). Adam uses the Keynome to kind of lock him in place.
GG: Take something from him: The case.
GG: Take no counter-attack.
Super-fear, instill afraid, and he surrenders … but he’s looking up at the sky.
“It was just a job, just a job, man!”
Otto: His name is Vector. I called dibs.
Has limits … time travel … Butterfly Effect.
Leo: “Are you, or is your technology, from the future?”

Alycia - Patent # on the item … alarm clock manufactured by Rook Industries … 20 million ahead of sequence.
Gives it to Summer to hold onto. “They have a stringent bed check where I sleep.”
And isn’t planning on mentioning this to AEGIS.

AEGIS pulls up … and takes Vector. Parker is there to take Alycia.
Walker also hitched a ride, and asks Leo to chat with him.

Charlotte going to the graveyard. The ghosts are dying to talk with her. 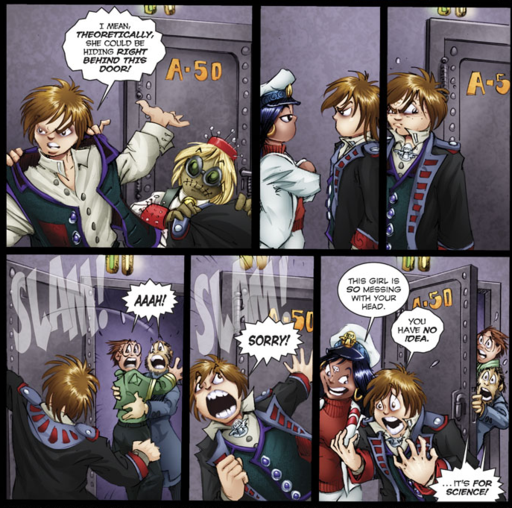 Sounds like the top two of these can get handled by the interim forum stuff. Feels like we’re making good progress.

Of course, depending on which school of time travel you belong to, there’s no such thing as “canonical.”

Regardless of canon, it’s rimshot-worthy. 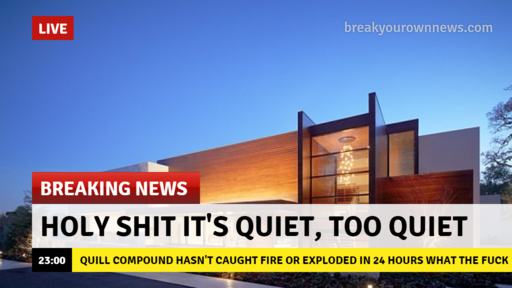