A - out of the conference room, to Leo:
1. Jason is unlikely to have had his memory fixed in this world. That might make him less stable, more prone to isolation and manipulation. Rook probably used that. You might, too.
2. You told me not to kill Jason. I – ask you to not do that same thing. Unless you have to. Don’t let him kill you.
L - Ok
A - … (well then)

Where to leave from? Nearby graveyard? About 20 minutes away. Place is pretty much abandoned. Someone mows the grass. Church building is for sale.

Alycia triggers the gadget. They slide over.

Jaycee squawks.
Alycia’s checking her readings.
Harry is making sure he’s okay.
Charlotte looks around. Shadow Realm fungus is all over the place. Kinda feels like the Shadow Realm. Had seen them before around Ghostheart.

If each dimension is a slice of bread, the Shadow Realm is PB & J.
Where the wounds are, there’s no PB or J. Those places let you just drop through to te other side. If you come to the edge of a wound, there’s a lot of this fungus. But have never seen it all around like this.

Also, when she wonders where all the spirits are, there is a Single Direction.

A spiritual super-cell near the city. A storm of spirits. The sheer mass – [Charlotte - Take a Powerful Blow! 7!] “GodDAMMIT, Jason!” Which seriously freaks out Harry [Afraid]

All the ghosts are here. From BOTH sides. “Well, I think it’s obvious where we need to go.”

Harry balks. Wishes he was on the team punching Jason.

What conditions are needed to get back?

Aria goes down to check Pneuma and Bot. Otto and Vector are chatting.
Get Jason off the field, deal with Sablestar, address what they are going to do from the other side. As soon as Link is ready, Concord is read to go knock on the door as a distraction …

Link calls up the Phoenix, a ways from the base. Heads to the city, roars up to the old QF building, standing atop. PA – “Hey, Jason Quill, I’m back!” 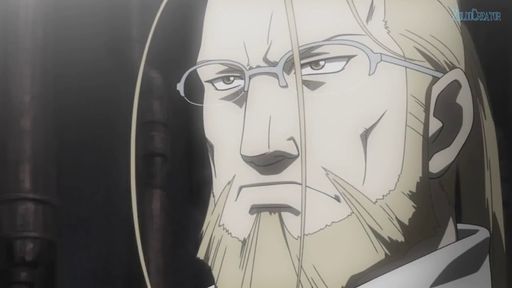 (Someone is looking out a window. “Send in security.”) Various bot minions swarm ad attack. Leo hops back into cockpit, and Phoenix turns into bird.
["Oh, look – he made an even bigger power suit. Terrifying.]

[Superior! 15! Kapow!] [Avoid Blows. Impress/Surprise/Frighten] Bots are being blown away by rockets and propulsion system, moving in ways / control surfaces all over. Basically grinds them up. 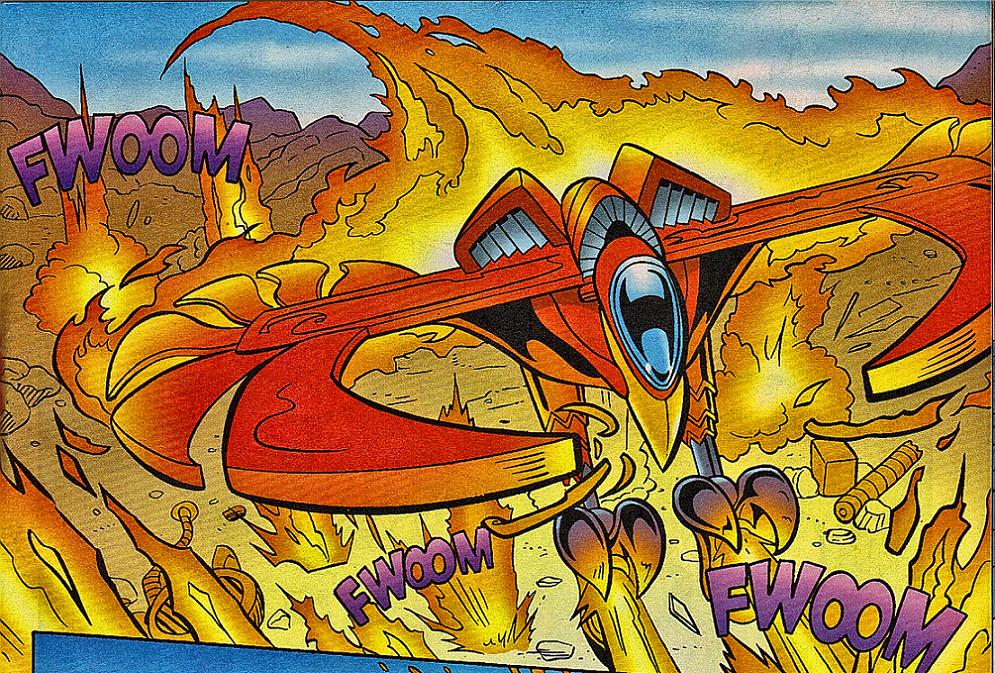 [Rolling tally of losses, in Q$]

(The figure frowns. Turns from the window. Walking. Suit morphs into power armor / body suit, somewhat evolved from Jason’s previous nano-armor. Taps some buttons on sleeve. Lights are coming up in another room. “Call the others.”)

Concord is watching from a distance.

Link and Aria show more activity coming in, slower-moving. A vehicle. Supers. They stay in Phoenix for this bit. 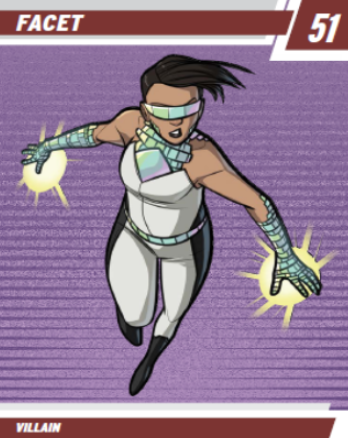 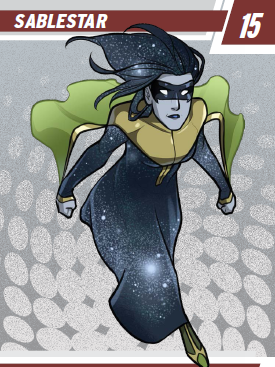 On the left: Someone like Facet, but more engineered, weaponized, and highly cybernetic/crystalline.

Center: Older Jason. On one of those damned hoverdisks.

Quill - Well, that was a very impressive display. I’m surprised you got your nerve up to show yourself in public. But it won’t go any different for you than anyone else.
L - Yeah, same as always. Because I always win.
Q - (frowns) (half-glance to Facet – arms rise, clasp, crystals fold over, get really bright powering up …)

Moving to … the graveyard? the supercell?
Charlotte doesn’t want to destroy ghosts to do this. Not going to just tap in – so needs to talk to the other Charlotte.

Alycia willing to go to the city … and if Rook has put up defenses, well, excellent.

Harry wants to go with Charlotte to where he was freaked out before … but that’s a tiny part. But a strong one, and will do that … for the other Mercury.
Jaycee is going with Charlotte.

C - Fine. But get out if things get bad.

A - Fine. I will go to the City. You take care of your little chat.

Directly under the spirit super-cell. [Assess! 3!] Extend senses, looking for self. Needle in haystack … until realize that
1. Charlotte isn’t there.
2. It’s ALL Charlotte.
3. Ghostheart was absolutely right, without understanding anything of what he said, about Charlotte’s abilities bringing Pandemonium to the world.

[Powerful Blow! 8!] [Guilty (this was me! i’ve endangered these others!)! Angry (here to make things right and now i have to deal with this!)!] A will is there, but no cognizance. Will to hold together, but no other direction. No motivation besides to simply be.

So C wants to give the mass direction. Try to connect her will to give them purpose.
[Unseen World! 5!]
Jaycee puts a hand on C’s shoulder, making contact as though solid. “I’m here for the mission … that’s what knights are here for, to make this happen.” Though she doesn’t actually speak.
Harry - rejecting older self, even though understand running backt o another dimension to grab the biggest gun he can … thinks of times with Charlotte on the team … the Pony Interview … dealing with Ghostheart …
Hand on shoulder. Because Charlotte becomes solid as he does so.
Images from Harry. Bonds she’s created. Danger … but strength.
[5 -> 7!]
2 Holds – Knowledge of the Current Sitch. 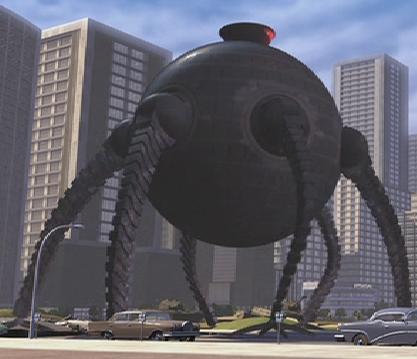 Quill - (Steps back into center of disc. Hands to side, nanobots pour down, into the floor, sync with the disc, and the whole thing morphs and folds up and around him like a big, black ball.

Then legs … Quilltech, Chintech, Rooktech, futuretech … looking like a cross between a spider-bot and the Omnidroid)

_AltFuture!Charlotte – guilt about Jason, wanting to take him down, worry about the ghosts, came to the Sepiaverse, can fix this from here without worrying about idiocy over here, but the damage that had been done in the cemetery, the ghosts in the Sepiaverse knew about that, wound expanded and made worse … the spirits don’t see multiple dimensions, it’s all just one place, with different living worlds here and there. Ranged the world for years, hunting the wounds, calling nearby spirits, took years because of how it weakened them, but they stayed near her, so kept them with her, and it became easier and easier to attract more spirits …

… over time, power increased, senses increased, roamed the world hunting the wounds and healing them. Passed through DC, pulling every spirit within range, with ust the one thought of destroying that final wound, rolling over the defenses …

… but the power demand was so great, so many voices calling to her … she lost herself in all those voices.
_
C - (back with this memory and understanding.) (And with a potent spiritual item that will somehow help fix this.) 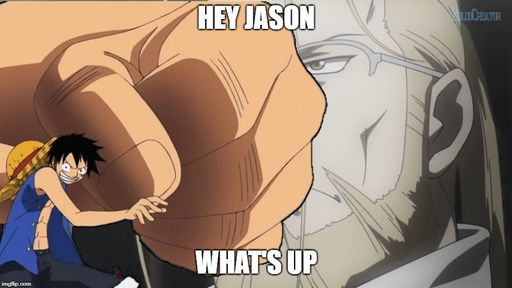 They’re going to creepily dance together, fuse their technology, and become an even bigger techo monster? Or he’s going to drag him into river? I feel I’m missing something here, Bill.

Mostly the idea of sticking two opposed attitudes into the same mind and letting them fight it out. But y’know, if Jason drowns in the river, Leo will apologize to Alycia and move on?

Part of me regrets deeply that Alycia isn’t there, if only to get a reaction out of the Great Stone Face.

Also, that was a disturbingly creepy yet perfectly fitting transform, Doyce.

Mostly the idea of sticking two opposed attitudes into the same mind and letting them fight it out. But y’know, if Jason drowns in the river, Leo will apologize to Alycia and move on?

Oh? Oh… that explains… got it! Thanks for the explaination!

I broke out Pandemonium into its own wiki page: http://wiki.menagerie.team/Pandemonium

I don’t think this was conscious and in fact is probably all coincidence (tropes are tropes after all), but there’s parallels between Final Fantasy games and the current Bad Future plot. For those who haven’t played or are curious, here’s what I’m talking about: