Sablestar tackled Concord through the timestream.

An interlude of daydeams past …

… some panels of sunny, idyllic life … Link and Aria… surrounded by a park … working … flying forms in the sky … Aria … “are you ready? I’m ready” … Charlotte: “It seems Doctor Infinity has been secretly working to help those who would collapse the two worlds - the thing you’ve been… ‘fated’ … to prevent. Who do you most want answers from?” --> Magus Everard, who seems linked to all this.

Harry: “Doctor Infinity is whipping the time tunnel around like an out of control fire hose, you’re all inside it, and the one thought foremost in your head is…” … “I"m going to be late for my date with Andi…”

Leo and Otto … “you ready?” … trying to pilot the Phoenix, which is panicking, like a bucking bronco … tumble into the time tunnel wall …

… visions of all the timelines where things went horribly wrong with his dreams, and all his plans turn to ash in his mouth.

[Powerful Blow! 5! That’s good! Leo’s used to things going to shit, and he just shut down a bad timeline, so …]

Since the bots are doing better than him at … creating bots, Leo is moving into a new field: time/space/dimensional physics …

Roll on bulling into physics to charge Dr Infinity.

The Phoenix just charged into the time tunnel wall, burst through it, and is charging Dr Infinity. What do you do?

Tries to accelerate down the time tunnel before it collapses.

Makes the jump to lightspeed.

Dad settles them in the front room to watch after Jordan. Stuff Adam brought back from DC.

Adam is tracking any shouting from the back (none).

Summer wants to let parents know she’ll be working with Adam in his “after school activities,” in case there’s anything they want to say to her.

Adam is just plain old enjoying being with family.

“How do you two know each other?”

Chill. “Oh, you have ‘after school activities’ together? Haven’t seen pix of you [Summer] in the clubs Adam is in.”

Adam’s dad is aware that there’s someone out there who matches up with Link in power, as he’s been frantically trying to track any info about the Menagerie.

Dinner goes pleasantly enough. Go for some food that Jordan likes and so will keep her happy. Jordan just jabbers to her new best friend about her friends at school, her toys, her favorite TV show …

After dinner, get Jordan to bed. Jordan demands a story … from both Adam AND Summer. The Princess in Black.

Mom’s cleaning in kitchen. Dad’s at table. Ice cream. Everyone sitting at table now, though neither parent has any ice cream.

Adam “Did you tell mom I went to the future?”

Dad "No, there wasn’t time. Summer, did you go to the future, too?

Mom “How did this happen?”

(Adam explains. At length and in ways that don’t add to the comfort level.)

Mom “Is everyone all right?”

Adam “So …” [explains what happened]

… then where is everyone else?

Summer: I found out when Adam texted me.

Why didn’t they bring you with them?

I only got recruited for that because they were away. But I’m not normally associated with that group.

Just improvising until everyone gets back? Well, we really only have … same guidelines as Adam’s friends: extra-curriculars don’t come into the house.

Summer: It’s very important for me to blend in, so no problem. But if there’s anything else you want to tell me about working with Adam, I want to hear about it.

Mom: (Hand on arm) We just really need things to be normal here, can you do that? [+Mundane, -Danger]

Adam: Dad, can I be excused from the table.

(Mom positions herself in the hallway.)

Adam flares into Concord, blinks to 300 feet over the neighborhood.

Summer goes to the back yard where there are high fences.

Meteor plummeting toward the neighborhood!

What here can I use to slow this thing down? How can we divert this?

Team Move. Trying to divert to the ocean.

… teleport them … straight up? to space?

Succeed by getting right up next to it. Touching it. Memory of him and Charlotte in space, and hearing her, and hearing that signal from the Concordance, and Sol first waking up. Feel the whole thing dragging on his body.

Pull them through this tiny link. Like sucking through a straw. And Adam is pulled through with the Phoenix.

Adam is hearing Summer over coms, but over the voices he’s hearing.

Sablestar hoves into view behind him and slashes across his back.

Summer flying to the rescue!

Inside the Phoenix, everyone tumbling inside. Charlotte is corporeal. Again. Eyes closed, almost peaceful …

… memories … lovely sunlit garden behind the Palmer home, Charlotte crossing the lawn toward the gazebo … someone sitting there … Father? … attire is wrong … 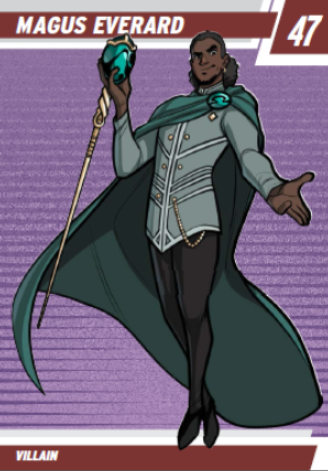 I would like to give you a piece of my mind, sir.

In another time and place, the Gale family will refer to this effect as “slippage.” But that’s many years from now …

Skid to a stop.

The date was supposed to be at a little Mexican place. Checks watch – yes!

A10 is in a white sun dress, sitting at a sidewalk table.

Harry realizes he’s moving toward her, without his moving. And she’s looking right through him.

… A10 is in the field, punching bad guys. No, training with Irregulators vs JHHL. And she’s not being a tactical leader, just shouting at team members. JHHL is cleaning the floor with them. Eventually just flies up and away. Uncle Chase watching.

[Freak -> 6!] Chase is walking away from the Irregulators, not seeing him, and Harry accelerates out again.

… go through a couple more spaces like this. See Andi at Blintzkrieg, saying something to Summer multiple days … starting as angry, then disappointed, then worried …

… her school stuff is not going well, talking back to teachers …

… at the Gale house, knocking on the door, then flying away just before the door opens …

… Harry’s dad confronts her, she looks worried, then he steps aside, and Chase is there, and she stomps off angry. …

Harry skids to a stop outside a house, finally not slipping. Residential area. Night. Bright in the sky. Hear over the roar of a nearby jet, sounds like shouting in the house. English and some other languages. Door flies open, Andi stomps out, yanking on jacket, rubbing eyes, stomping down sidewalk, looking up just in time to not run into Harry, family in the doorway, she’s staring at him, looks at him for injuries, nothing there … “What?”

“I’m so sorry I missed our date.” Hug her. Expecting to be punched.

Then the meteor overhead is sucked through as straw and into space. Then a white light powering across the sky. Adam: “Space bad … AAAAAHHHHGGGGHHHH!”

Alycia is the first awake.

Charlotte is asleep, but frowning.

Phoenix is weakly keening? Or creaking?

Link and Aria are out.

[Superior --> 7] Biggest Threat? Concord is out there, arched in pain, and Sablestar is out there with the big glowy sword, and we’re in a slow, free tumble. [+1 Forward]

Want to get the ship under control (and use as a weapon)/ Leo has annoyingly mentioned the ship is unarmed (WHY!?). And it’s a trust-driven vehicle, and the Phoenix has no trust in Alycia. Use a gadget to survive in space? (pressure and air and propulsion?) Also, no air lock. (Dammit, Leo.) No, use a gadget to revive Otto,

Otto has awakened, “why are we tumbling.” Alycia briefs him on the sitch.

Otto sets her to wake up Leo. Him she can slap.

Planning on focusing on getting Mercury arcs addressed before James turns to a pumpkin heads to college.

[Is it just me, or has the Roll20 editor lost the picture alignment capability?]

[Is it just me, or has the Roll20 editor lost the picture alignment capability?]

It has and this is another thing I am upset about with Roll20’s forum changes.

Although earlier posts are still formatted as posted, so that’s good.

The odd thing is, I didn’t notice that when the forum editor changed, and it’s a feature I used pretty often, which makes me wonder if there was a problem post-rollout that they had to work-around by turning off that function.

Took some looking to find, but it looks like that may indeed be the issue.

Edit: And then I saw Dave already posted to that thread a month ago. Opps.

Roll20 internally stores the rendered HTML of a post, which is why old stuff continues to work. Knowing that, I can say with at least some confidence that this was the order of events.

So in the meantime, existing aligned images look like ass if they’re too big. Or just break flow, e.g. this post.

Ah. Yes, was aware of the clear:both error after the release, and it makes sense that they might disable things until they can fix it. Good to have the insight.

Also, that CSS gif made me pee my pants a little (having sworn and struggled mightily over it in my time).

It occurs to me that Jordan could have seen Summer transform, but not Concord. I wonder what she would tell Adam about that.

It occurs to me that Jordan could have seen Summer transform, but not Concord. I wonder what she would tell Adam about that.

Very eagle eyed of you, Bill. Most people missed the importance of that panel… 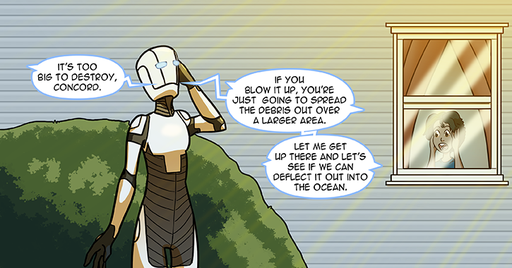 And that’s my “I’m just screwing around making out of context comic panels” for the day.