I’m supporting an artist friend by getting commissions. They are BumblingBee#1682 on Discord if you want to check out more.

I wonder who these two could be? 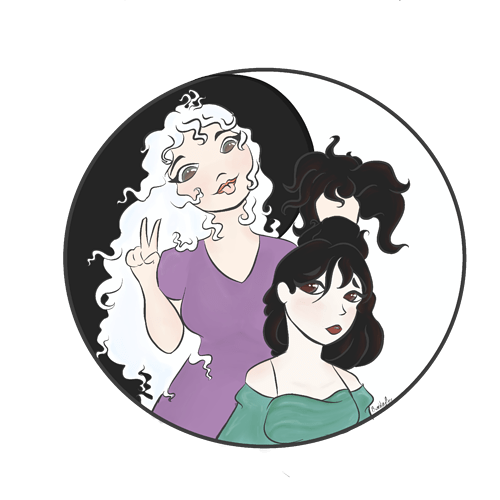 I have problems just cold-calling people, but I wouldn’t mind seeing some more of their art/commissioning them for some pieces. 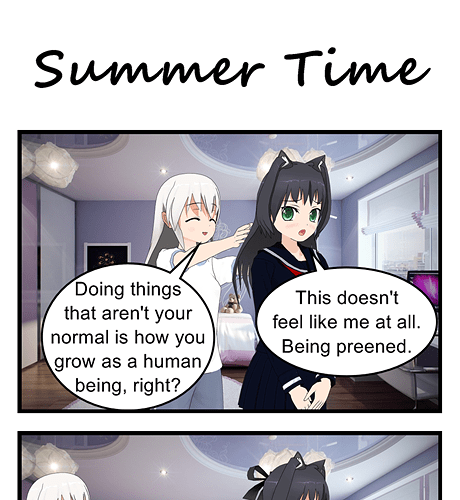 Well, they have sat around and talked about boys, so I suppose doing each other’s hair was inevitable.

(Alycia did have experience, as a spy and infiltrator, at getting gussied up. But it’s been quite a while, and doing it, not for some greater cause or mission but because it’s “fun” or maybe even “attractive” would be a bump in the road for her. So, yes.)

(My initial thought was that Alycia would be horrible at doing hair. Except that, beyond the previously noted experience, doing hair as a disguise, if she thought of it all in terms of patterns and weaving, she’d probably end up with something remarkable.)

I feel that she’s great at doing her hair, and awful at having her hair done.

Yes. And that speak volumes about her.