Okay, here’s the first edition of PoWeR! I’m writing this to keep track of everything I learn as a solo superhero. And all the stuff I have to unlearn, because let’s face it, there’s a lot.

So in no special order!

So anyway, that’s my lessons learned for now! I still feel stupid and unprepared, but I’m not giving up. I just need to ask my friends for advice, and learn more about how to be a hero.

Papillon Witch Radiance will be back next week! :mwah:

RANDOM AESOP FOR THE KIDS: Concord’s family was sort of cool towards me. It’s really neat, how words can mean different things. Like if I’d said “cool towards me”, you know there’s some tension, some uncertainty or hostility, and we extend the metaphor to say things like “breaking the ice”. But if I said “cool with me”, that means entirely the opposite. So I’m going to say that we went from cool towards me to cool with me, or are heading in that direction. Think about the meanings of the words you use!

Wait, do we get in-character, semi-in-canon, slightly farcical outros at the end of episodes now? I love those. The only thing missing was “Next time on Papillion Witch Radiance…” at the end.

Summer lets out a sigh, then grins. “That was a tough fight, but welcome back friends! Hey, it’s Jordan’s birthday, who wants to come have some cake?”

NEXT TIME, on PoWeR (syndication order):

The Cat Ears should have given it away. 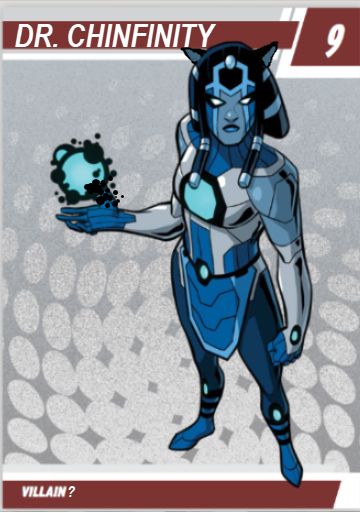