So someone on the Blades in the Dark discord broke down Position and Effect into what I thought was the easiest to describe metric, so I decided to make a chart out of it (because I’m a visual person and I imagine other folks are too).

I don’t think we’ve been doing it wrong, but I definitely think that this will help me conceptualize the two “levers” of the system. 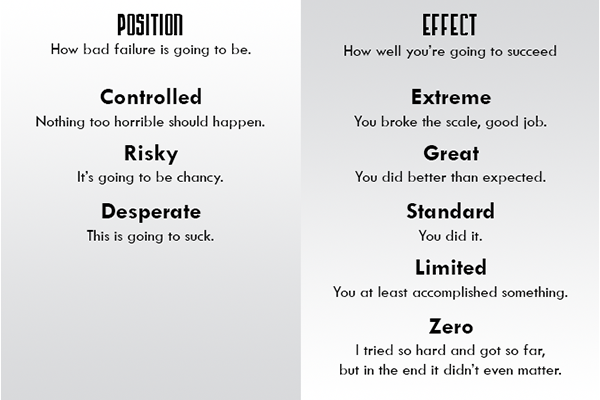 I’m doing this section right now for WITCH, my cute-witches hack of Blades, and I felt compelled to simplify it even further. I renamed the positions Boring, Risky, and Stupid for this particular hack.

This did away with the multi-dimensional tables from Blades and let me decouple some of the other systems (like Harm, which may not see use in this hack).