Scroll 04 -- An Investigation into Unpleasantness 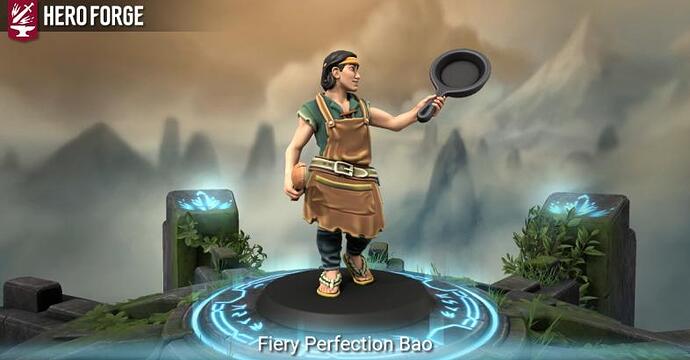 786×411 35.7 KB
Being awakened by kitchen staff to be told father is arrested for poisoning.
Change General Entanglement: I promised my father ZHENG that I would aid the troublemaker SUN → I need to recruit the troublemaker SUN to help get my father ZHENG out of trouble.
Kitchen
Lord Aoshi has fallen ill? He sampled from the food courts after the ritual. Which dishes did he sample? Bring me the dishes! Use Five Deadly Venoms! 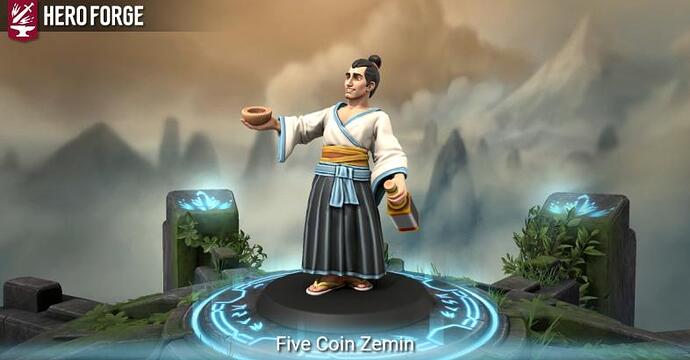 786×411 35.2 KB
Local innkeeper, room for several weeks and then payment will be forthcoming.
Common room at the inn … along with Sun and Lan. 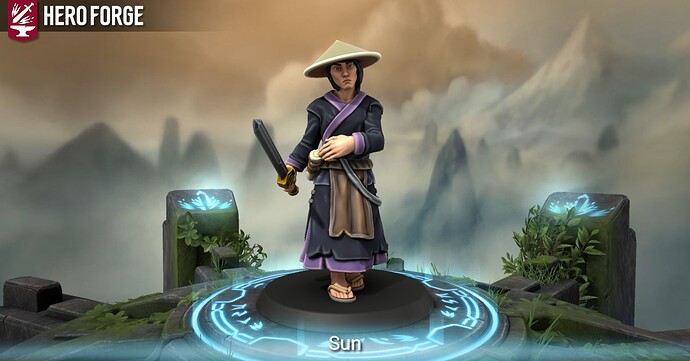 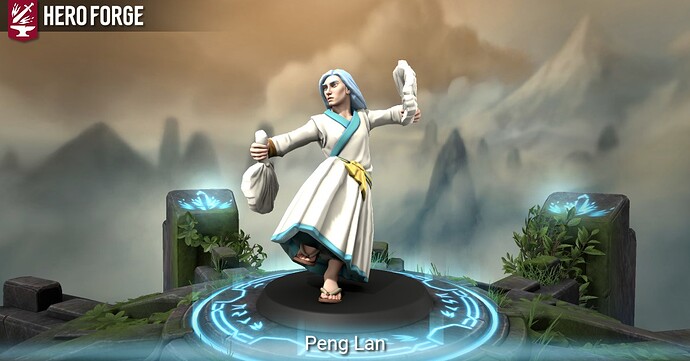 1200×628 160 KB
Go over stuff with Sun and Lan about Lei, Sun Lin. Plan to have Su Wen’s husband declared dead through chicanery. Invite Lady Kai Ling to interfere?
Head to the castle.
Except guards say that nobody is allowed in the castle right now.
Zemin fast-talks ==> 13!
Guards talk … Sun listens Awareness ==> 9.
Have they let anyone else in? 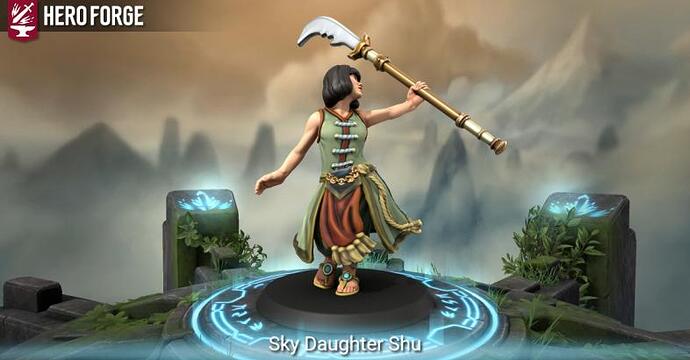 786×411 37.1 KB
Brother Zhi was so pissed last night by embarrassing display of swordsmanship. Endless lectures.
Garrison commander banging on door … a very large woman. Zhi comes out, is yelled at, comes in and grabs weapons and everything. "Stay clear of the castle, sister. And clean up.
Eavesdrop (Earth) ==> 9.
Feng (commander of Dao-yen village) has ordered nobody in or out of the castle – need to bring in troops to back up the guards.
Sister Jian - working with kids in the garden, handing out sweets.
Looks like she knows a secret, but doesn’t know if Shu knows the secret.
Gunlan is not partying.
Shu is … feeling like life is too complex. Brother forced her to practice for hours, after losing in combat. Huigong said she was to be his new bodyguard, but brother was very upset.
And
Oh … what am I going to DO?

Food testing. Very seriously. Looking … smelling … tasting … listening …
Nothing is poisoned. And then … “Who cooked the beef …?” Trembling. “It was a little undercooked.”
“I need to see Lord Aoshi. Also, I need to apologize for the BEEF.”

Passages are chockablock with guards. Courtiers. Blocked in sight of the doors.
Blocked. “Of course I know about poisons. My father taught me everything about poisons.”

Impress [the Guards] (Earth) ==> 8.
Clear Water. Get info from Guards about someplace else the Lord might have eaten. [
Complication: “What’s going on here?” Crescent Sword Feng.
Hearts & Minds (Fire) ==> 14! 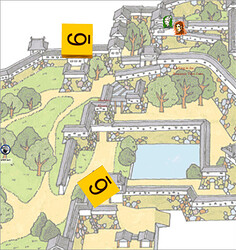 Incredibly earnest. Bow to words and do what want. “Let him pass.”
“Don’t make me look like a fool, boy.” He wants the problem to go away.

Lots of incense.
Abbot is praying. Incense. Chants. More incense.
Some guards.
Feng stops by the door. Overdone gesture toward the bed. Doesn’t get too close. Hand on sword to draw at any moment.
The Lord is lying in bed … in a coma.
Flapping dish towel to blow incense.
Study (Metal) ==> 7.
He’s not poisoned. Or, at least, there is no sign of poisoning. He’s sleeping …? He seems to be … in the pink of health? Looks better than last night, he … just won’t wake up.

Lady Kai’s suite.
Side-eye at Sun.
Michelle Yeoh … in her 50s.
The stories of the court about you were not inaccurate. You are a duck, a loud one. Leaves a wake of muddied water.
I understand there is a particualr duck trying to worm its way into your next. Lady Su Ning.
(click goes the cup into the saucer)
Cuckoo.
Here representing Su Wen’s current husband.
Lan - I’m here to (ugh) vouch for Zemin.
So your purpose in coming here is …
To address Su Ning’s plans forever. ==> 11!
I have a history with this creature that leaves me inclined to assist you with this.
Excellent.
What … (steps closer) means do they plan to undertake to free the girl from her obligations as a married woman.
Dunno. But she’s plotting with the abbot.
Weird. Seek an annulment?
Nope, planning to have him declared dead.
Need a large rock in the pond. My brother-in-law is ill. Yes, they’ve blamed the kitchen staff. So pressure in the court, they will welcome this, unless there are complications. If you are here to help your frient (to Lan) drop a stone close to Gunlan. Make him look, preferably, unavailable emotionally.
Lan Yyyyeah … Inner Conflict (Wood) ==> Miss! Pull bond with Zemin ==> Hit. Mark an element.
Sun (Water) ==> 8. Declare that she has picked up on his identity. Family is well off, most of power from the land they countrol. And is the husband.
She brings a cup of tea.
Zemin (Water) ==> 11! So … why don’t you like Su Ning?
A rival. Someone fought before. And … yeah, she’s a sorceress.

Seeking advice (Wood) ==> 11!
Person very interested in, and not sure what to do, esp. with parents getting involved.
You have already found your best ally in this. If you are drawn to them, speak to them. Work with them. If you are truly meant to be, then fate will assist you both, then it will be three against the world, not two. And Huigong’s enamorment? Confront him as well, and speak truth to him. He will respect that.
And her connection to the problem>? She’s infatuated with Gunlan.
(Water) ==> 8. Mark water, because tears will come.

There’s a shimmer around Aoshi. Masked by the incense. It’s magic … 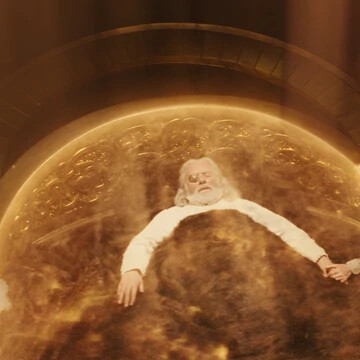 Glances at abbot. Who says, “If you allow me, commander, I can lend my expertise to confirm this.”

Same as always, quick reminder to self about next steps:

Things for Bao to do:

I think Sun might try to figure out Peng Lan’s role in all this, since it’s this dude that Zemin has dragged into (what Sun thinks of as) a private meeting with someone important. So I might wind up with a two-PC entanglement next time 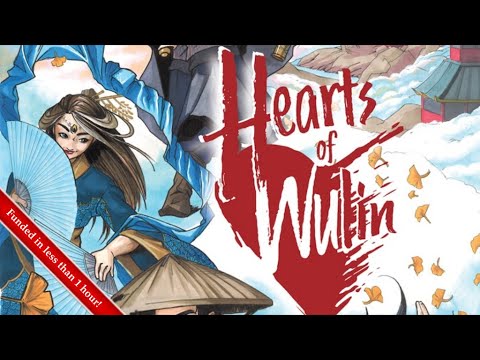