Alvin,
You’ve gotten yourself a fine trophy in Silverpelt’s scarf. After wearing it, however, you’ve found a tag sewn into it associating it with one of the other factions (not the Lizard Cult). Which faction was it? What’s unusual about the tag?

Image of a little crown with two of the prongs looking like cat ears. “Andrea & Daughters, Scarfmakers, By Appointment to the Royal Household of the Marquess of Cats” I know an Andrea who makes scarves, off in (Cat Town X). I helped her recover some, um, unpaid bills from the Baron who runs the town.

Cid,
The Lizard Cult’s reaction to your most recent caper has you worried about Allie’s safety. What measures has the Lizard Cult taken that has you on edge?

Lizards brought in some goshawks – enforcers/mercs used where Cid came from originally. If it’s not a coincidence, it means big trouble …

Slayer,
You used up a lot of your explosives in the band’s last heist. Getting some replacements won’t be too much of hassle if you can get in contact with your contact with the Corvid Conspiracy. Who are they? Why do they owe Slayer a favor?

Remember how first got together with Cid, in Pinetown. Things got out of hand, destroyed some trees being built for nesting by the Aerie. Got back to one of the CC agents – who owe Slayer a favor because they gave the CC the plans for the explosive devices. Alan in Allaburrow.

Tomo,
Word has gotten to you of Otonari Ayase being seen in the city of Ironvein working as the bodyguard for the local Marquisate governor. How did this information reach you? What about the mining town drew Ayase there?

Frogs don’t do well near forges. So, no Ayase doesn’t want to be there. Test of loyalty, putting the pressure on to see how she reacts.

Ambition: whenever you increase your rep within a faction. Every time, but only at end of a row.

Greed: Generally, Value 5 and above.

We wake up in the shack Cid built.
Prolly don’t want to stick around.

Cid wants to make a new and improved healing kit. Not cumbersome.
Remaking it into a smaller rucksack.
Cid goes to … Tomo. Because they are a use case for injuries.

So … if we’re getting out of Dodge, where to?
Alvin - Maybe off to Flathome. But not Allaburrow.
Cid - Allie’s parents might be out there, aside from spreading his own rep; stay away from goshawks.
Slayer - North and west.
Tomo - Ironvein? Sounds like fun.

Any jobs out there? Touch base with Tasha before leaving.

“Oh, Ironvein? Cid, you seem handy … you guys must be used to weird requests … do you know anything about forgery? Making up some Marquisate documents?

Daffodil in Ironvein … has been sending notes about how they need that kind of help. Let them know they sent me.
In the forest … they’ll find you … you know … the Woodland Alliance.”

Tomo takes things along the path at a safe, careful pace.
Something noteworthy!
A terrible commotion! A wagon being pulled by a pair of spooked beetles, charging down the road.

Cid suggests poking a branch in the spokes.
Alvin volunteers to acrobatically leap up and get the Beetles under control.
Slayer Reads a Tense Situation – wants to help by slowing down the Beetles through making a big, puffed-up alarming activity.
Alvin - Acrobatics ==> 9 + 1 = 10
Get the reins, pull them down to a stop.

Tomo and Cid … see a tired otter running down the road. Exhausted.
Tomo goes to help/assist.
The otter helps get the beetles straightened out. Taking supplies down to Sundew. Iron ingots and metal tools. Gonna sell them up and down the river.
We decide, reluctantly, not to steal all of Gus’ stuff.

Gus gives us some blue pieces of paper – vouchers! One night at the Royal Coaching Inn (“Food not included.”)

Head onward, the rest of the path.

We see the location of the accident. Cid … signs of snake, which probably spooked the beetles.

Very built out – and very much oriented on the mine.

Tomo wants to check out Ayase. Slayer offers to head over to look, since they have explosives at the mine.

Alvin going over to check out the food places by the inn. Allie goes with…

Slayer going over there, too … but since the River Guild hangs out there, maybe after dark.

Cid going to the ironworks – do they need repairs on tools, or discarded tools?
Workers at the mine and workshops - general tension.
“There are more mice than cats!” 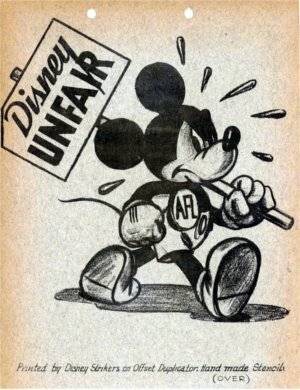 “We need to take power back!” General signs of unrest.

Guessing the speaker is from the Woodland Alliance.
Cid - Reading a Tense Sitch ==> 12!
Lookout for? Marquis of Cats has a vested interest in all of the industry. Roads, etc., and most of the iron is headed toward Oakenhold. Adding more buildings to the ironworks. Workshops.

Some raw ore that could be snagged. Fill 2 depletion.

Notes for Me for Next Time:

Some notes on producing steel!

So to bring this back to our plot:

And to sum up: what if we encourage workers’ rights/revolution/whatever by teaching only the workers, not the leaders, new ways to produce steel, and let them use that as leverage?