When Last We Left …

Cid checks the door to the office … and it’s a lovely office, being searched by a frog. “Leave!”

Tomo hears the frog’s voice. Emotions are stirred. Ayase! Betrayer of their lord!
Joy that they will face Ayase at last.

Cid: The sigil is on top of the desk. Call for guard! “Alarum! The lady [the cat lady] has fainted! Intruder!”

Cid motions everyone to hide or run.

Governor comes in. Sees Cid. “What are you doing here?”
Cid wants to grab the sigil …
“Ayase was at your desk leapt through the window. The lady has fainted. I don’t know what to do.”

Governor – “go fetch the lady some water.”
Cid: “There was a toad seen down by the vault entrance earlier.” Trick ==> 12!!
Governor sweeps some things into the drawer, closes, locks. Heads for hallway.

Tomo. Any guards below? Not any more.
Trust in Luck (Acrobatics) ==> 4!! Railing collapses, slap to the ground. Take wear on armor.

Another guard goes after Slayer.

Cid goes in … and picks lock. ==> 9.
Have the letter and sigil.
Runs out, grabs Alvin to go through windows.

Slayer - They got the governor’s wife! She’s DEEEAAADDDD!!

Cunning ==> 5 - miss!
Guards think Tomo’s the culprit – race toward Tomo.
Tomo runs at guards, waiting for a bomb to be dropped.

Tomo looks up at governor – Anger. Fear. Petty rage. Takes up for the stairs to the tower.
Tomo heads up toward front door.

Slayer sees Tomo has take out guards – but also can see governor.

Use explosives to take out stairs up. Arsonist!
==> Luck! Take an extra wear for a 10. Big explosion!
Down stairs.
But guards are coming out to see what’s going on.
Sneak out door – 10! Can see flames above.

Alvin tricks the NPC Guards to check things out. ==> 8!

The guards run into Tomo and Slayer.
Tomo - Cunning ==> 11!! Trying to seem like Ayase.
Orders guards to go charging in. They salute as they go on.

The party exits through the wall, with their wheelbarrow of loot, and heads off into the darkness. 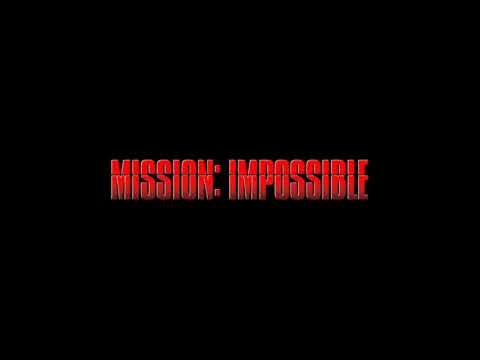 Hello You Must Be Going

Head to the village. Allie is there, and our contact.

Miriel is very happy that we got the stuff – the sigil and letter of marquis. Will force the governor to do things in person, and will help break his control over the town.

But … time to leave town. Quickly.

Pretty much everyone clears their Exhaustion due to their Natures.
Fix up wear on things.

(Mike to figure out the world ramifications of our weakening the governor of the town.)

Things for Alvin to do before next time:

So I figured I would share a bit about the Faction Turn, which is a mechanic I’ve grown to enjoy in game so long as it isn’t too burdensome. Root is nice in that only one faction requires a lot of mental overhead while the others are random (but for a reason). I won’t go too deeply into specifics, but during the next game you’ll all have an opportunity to learn more thanks to the Rumors move…

When you pick up rumors while time passes, roll with your Reputation with a faction of your choice. On a hit, you pick up rumors pointing at one important event or undertaking of that faction while time passed. On a 10+, you may ask a follow-up question. On a miss, you hear a couple of rumors, some of which might be true, some of which might be false.

So let’s get into what each faction does during the Faction Turn.

The Marquisate has two things it cares about during the Faction Turn, Resources and Projects. Resources are simple, it is just a pool of individual resources (like the Ironworks in Ironvein) that is can devote to the completion of Projects.

There are only two drawbacks. First, the Marquisate can only have three Projects going at the same time, and must always have three Projects, which spreads out their resources. Secondly, those resources can be damages (such as the Ironvein Ironworks going on strike) or destroyed either by player action, the actions of other factions, or just a really bad roll to advance that project.

Where the Marquisate was flexible and broad in their abilities, the Eyrie is efficient but unfocused. The Eyrie must bow to its Bureaucracy, which allows it to stop other faction’s plans, build up more resources, or conquer clears, potentially all in a single faction turn.

The issue is if the Bureaucracy ever grows too unwieldy, a Major Crisis occurs within Eyrie’s ranks. When a crisis occurs, anything could happen: leadership with the Eyrie is overthrown and replaced by new leaders, clearing leave the Eyrie’s control, or even the destruction of one of their Roosts.

The Eyrie have a lot of power, but can easily grow so big that it begins to eat itself.

The Woodland Alliance spreads like wildfire, but can just as easily be stamped out.

Each faction phase, the Woodland Alliance gains Sympathy in two clearings, but then the leadership of the clearings come stamping down on them. If they survive, they could lead a Denizens Revolt or other Military Action.

The Lizard Cult is insidious.

Every faction turn, it sends out new missionaries to random clearings, spreading the word of the Cult. It then can use its missionaries to perform actions, like converting the Denizens, converting other faction’s forces, or even taking over a clearing and establishing a new Garden.

But much like the Woodland Alliance, the leaders of a clearing come stamping down on the Cult. Unfortunately it’s unlikely to happen while they aren’t perceived as a threat, so it may not happen before it is too late.

The Riverfolk Company builds up debt on other factions. It does this by giving bonuses to other factions during their turns. This debt, as well as their Trading Posts, build up Funds for them, which they can use to spread their influence.

This can be as simple as setting up trade agreements between clearings or setting up trading posts, or it could mean sending their mercenaries to attack another faction’s holdings or taking control of a clearing.

The Riverfolk Company is everyone’s friend, until they are not.

Take everything I said about the Marquisate, but take out the Bureaucracy and replace it with a lot of secrecy.

Every Faction Turn, the Corvid Conspiracy setup several plots. And these plots might one day become fulfilled. But don’t worry about it, because it might not. But if it does, it’s going to be explosive (maybe figuratively but also possibly literally).

I’m sure you can see why these are Slayer’s pals.

And finally the Denizens. They don’t do a lot, but they have a chance of momentary victory.

Depending on the amount of civil unrest in an area, the Denizens might start an Uprising and throw out the faction that currently controls the clearing. This gets rid of everything of theirs in that clearing (Marquisate resources, Eyrie Roosts, Corvid plots, Cult Gardens, whatever), but leaves all the other factions intact.

It will leave the Denizens in charge for a time, but also leaves them vulnerable to take over by another faction. Such is the whims of the Woodlands.

If you check the Roll20 map, you’ll see Allaburrow has gone through such an Uprising, kicking out the Eyrie, but leaving the Lizard Cult and Corvid Conspiracy intact. Perhaps one of those factions will rise up in Allaburrow, or the Eyrie Bureaucracy will decide to retake the clearing. Who could say.

We obtained some libelous documents from the vault. Do they affect this process?

Not directly, but could help out in the future.

Cid is no friend to the Eyrie due to his backstory, but anyone else who wants to build up some rep is welcome to use these. Any takers?

Meanwhile, between Cid’s toolbox and counterfeit roguish feat, he could probably churn out a few more troublesome documents…

And finally the Denizens. They don’t do a lot, but they have a chance of momentary victory.