So, what’s the plan?

Cid’s idea – don’t actually do something to the dam, but make a ruse to draw troops off, and then we can raid the roost.

What would it take to get a rumor going? We don’t have a bad rep … but possibly a good rep?
Trick an Enemy?

Lots of cunning. We combine it altogether, and form Voltron (“And I’ll be the Head[games]!”)

Read a Tense sitch ==> Full Hit!
1 Who/what is most vulnerable? - people with the ear of the Eyries: local business owners. Monied business owners.
2 Look out for what? - Person who will most easily see through it is the local sheriff.
3 Best way in/out/through? - Out of town merchant will be accomodating, vs a vagabond.

Alvin run interference with the Sheriff, Theo, a large badger with one good eye.
Alvin learns from Harlow where the Sheriff is. Late morning, as he does his rounds, near the fishery.
These guys at the tavern, saying there was free fish distribution over at the Fishery for visitors. 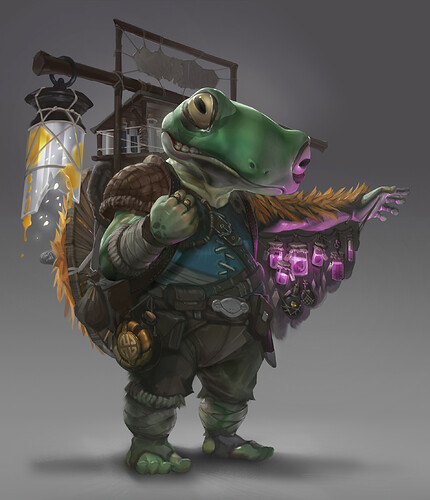 ==> 9
Slayer Helps to make it a 10! Very blustery and upset with Tomo – I told you not to say anything! I don’t want to get in trouble with them!
Rumor is everywhere!

Alvin slips away when someone comes up and raises the whole dam rumor.

Slayer will ask Harlow for some shady figures to hang by the dam.
Ask a Favor ==> 8, Hit.

That evening, checkpoints on the dam.

Step 1 - The dam is now blockaded, getting to the Roost.
Cross the river? Get through the blockade?
Folk peaking through windows, or watching from afar.
Swimming + Sneaking …
Acrobatics, Sneak + Exhaustion …
Everyone burns Exhaustion

Break in at the basement level, potentially flooding.
Through the wall: Slayer
Arsonist - break something with Luck instead of Might. 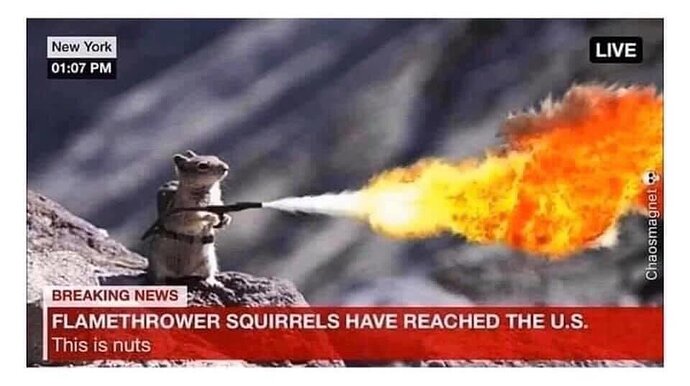 Let ourselves flow in with the water into the basement …
Clamor around. People shouting.

Cid - acoustics make it difficult to tell where sound is coming from. “They’re mad! They’re going to blow up the entire dam!”
Trick an NPC ==> 10!
Scurrying! People trying to find the source of explosion! Traffic disruption! Chaos!

Chaos amongst the Aerie forces. Nobody is paying attention to us.
Prisoners clamoring for release.
Cid, picking locks ==> 9

Alvin pulls out a stack of parchment and looks officious as he goes to the stairs.

Slayer grabs a bucket of water, wants to pour water down the stairs from above. Tricking an NPC ==> 10!

Most soldiers are in uniform. Some personnel who aren’t.
Soldiers are trying to evacuate out through the front doors.

Tomo - Evacuation! Listen to the raccoon! Evacuation!
What could possibly go wrong?

Persuade an NPC ==> 4!! The guy wants to take Tomo with them. Think about your tadpoles!

Cid - Stairs with freed prisoners. Getting pretty wet. Up the stairs!

Slayer - Anti-Militaristic! (next time)
Tomo - Wanderlust!
Alvin - not Freedom or Clean Paws (yet)
Cid - Improvement but not yet.

We couldn’t flood the whole Roost without seriously damaging the dam. But what if we used a limited explosion to weaken the 3rd and 2nd floors, so their contents would fall into the levels we did flood?