Various gates in space around us.

Wayfinder 7 – already has a Troublesome Vow: Open the Feros Gate.

Some parts needed on the ship Independence.

Bleys - Swears a Vow to find the Independence with his big Heart. He gets a Weak Hit. It’s out there … somewhere.

Cortex puts out a call to his friends for Gather Information … Weak Hit. New insights, but some implications. It was left to drift, should be super-easy to find … because the reactor is leaking.

Nails wants some anti-rad drugs. Leans over the counter to lean on Colton, a contact in Supply. --> Double 10s on the Challenge Die – Complication! (but XP!). The guy leans back, and he’s … “Meet me after my shift at the cantina.” Nails decides … to play the game for the moment.
Colton just wants to discuss his day, and going on, and it seems he’s stealing from the spaceyard. Bragging to him. Extra cubic, any food he wants, hot showers every day. “Maybe we can share one of those hot showers …”
She records the conversation. And … “How dare you! I’m not that kind of girl!” Slams his face into his glass. Calls security. Drops off the recording.

Earl has a contact, guy who knows stuff, Sandy. Make a Connection
Layout blueprint of the Independence? Secure an Advantage! --> Miss. Oh … uh … owed Sandy money. And there’s that thing with his sister. But definitely wants the money back. Minor loss – Resources -1.
Compel --> nope, miss. Refuse. Or … going to get as much work from Earl as possible, dragging down momentum (-2) before saying yes.
Earl deals with the sump pump.
So … Gather Information - Expertise --> Miss! Oh, Earl. Gave him the wrong model year. Dagnabbit. -1 Spirit.
Roll Spirit --> Strong Hit! Get +1 Momentum.

No uncertainty, so not Undertake Expedition.
No peril, so not Set a Course.

Ten hour jaunt.
Eight hours, Algo tells us about a massive burst of radiation. And there it is, the Independence. All sorts of massive radiation readings. 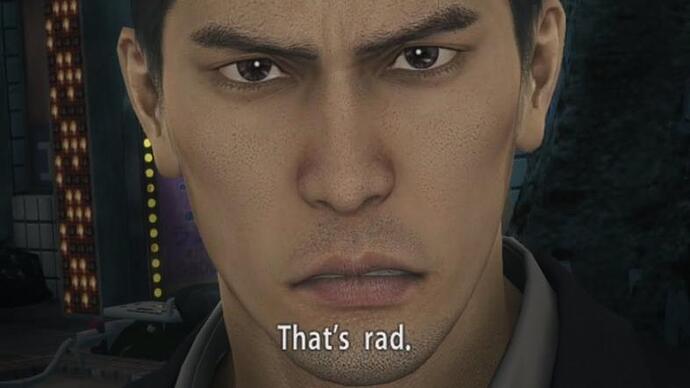 We need to get some of starmap data off the ship, in the computer.

Terminals not working.
Cortex Gather Information --> Weak Hit. Have the info to access. However, giving some bad info that data may have been corrupted.
Bleys works (and prays) to secure the corrupted data.

Nails is going with Earl while he scrounges for other stuff.
Nails - Secure an Advantage --> Weak Hit, give a +1 to Earl’s move.
Earl - Resupply +1 --> Strong Hit, requiring that +1! Found some handwritten notes that could mitigate the data corruption. And +1 Momentum.

Got the star maps – another hit on the Vow track!

And nothing else really we want to see.

Back to the shuttle for some decon. 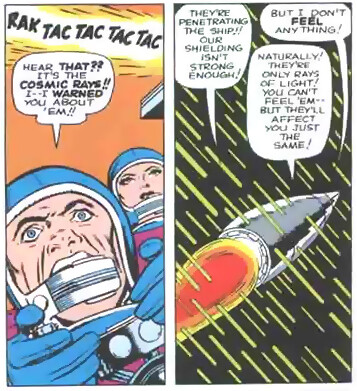 Nails: Algo, can you help us piece together some of this data? Secure Advantage (from the AI) --> Weak Hit. +1 Mo. +1 advantage for next ally move.

We have the beacon. We have starmap data. Let’s try to interface!
Algo is ready to start interfacing with the Faros Gate.

Progress on the Vow! (Almost there!)

Visit the other side?

Bleys --> Fulfill? Weak Hit … no penalty. Just a Troublesome Vow, and the Vow is Resolved.

… and then the Gate closes behind us.

To get back, a Formidable Vow. We know the process, but we don’t know the system. At. All. 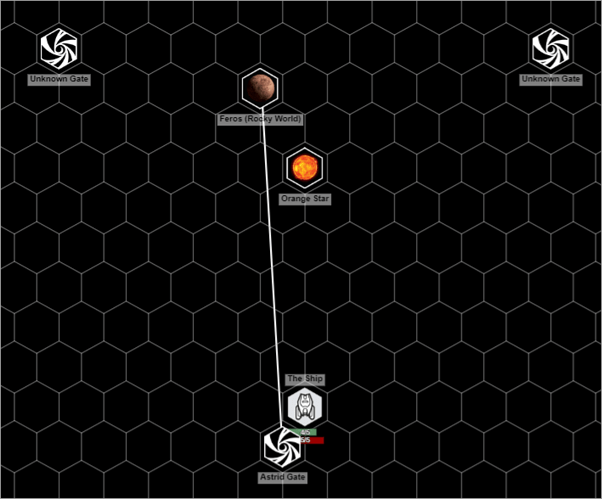 Cortex: Swears a Vow to get FTL drive figured out. Formidable. --> Weak Hit. +1 Mo. Hmm. Military ships might be a start.

Since Doyce brought this up during the session, I will direct you to page 48 of the “Chapter Two - Launching Your Campaign” for Creating Your Local Connection. This is a shared connection between all the players. To me, it makes sense that a connection all of you would have is like a Dock Master at Demeter Station or a Expedition Organizer for the CCC.

Thoughts on this? I have some ideas, but figure I would poll the group first since it should be someone who all are interested in interacting with (and would have skills useful to the group, since they would give +1 to rolls and +1 momentum on a hit for rolls that their role would assist with [as long as they are on hand and available, which they wouldn’t be until you made it back to the Astrid System]).

A grizzled ship captain we’ve all met in the past, and who was instrumental in getting us recommended for the job

Another note for next session, because I just recalled it: Make sure to mark your background vow on your character sheet under vows (and mark it as Epic).

I know a couple of people’s (like I believe Bleys’ was to find the center of the universe and thus God) and I feel like we might have made some progress towards those during the course of the session (for instance, if I was correct on Bleys’ background vow, I feel figuring out the method to open up Warp Gates will definitely be some progress toward that).

So thanks for this, because I was trying to figure out how my character’s motivation, which is very much aligned to being a Vow, would work in this, or what other Vow might fit into his motivation.

I can think of two here, actually.

I kind of like the latter, both because it doesn’t mean the End of the World (or Bleys’ faith) when fulfilled (the way the former does), and because it’s his, not the Church’s, and feels both more reasonably attainable and fraught with its own peril.

Thoughts from the Gallery appreciated.

I feel the Vow should definitely be more personal. I don’t see much point in having Vows that aren’t ever attainable, except as RP fodder, so probably something that you can see happening in the campaign. So option 2, or a variation on it, sounds better to me.

Yeah … option 1 is more of a religious faith than a vow. Clerical vows, for example, tend to be less about the final attainment and more about the “and this is how I’ll lead my life.” The closest I can think of related would be crusader / knightly quest vows (“Free the Holy City from the Turk!” “Find the Holy Grail”) and those tend to be a bit more generic and less personal.

Which isn’t to say that Bleys doesn’t have that in the background. It’s his faith. It’s just not something to mark off on a track with a goal of reaching. Option 2 it will be.