So, what’s going on?

We have finished the Expedition on Feros.

Now that we’re in the Control Room, what are our options? 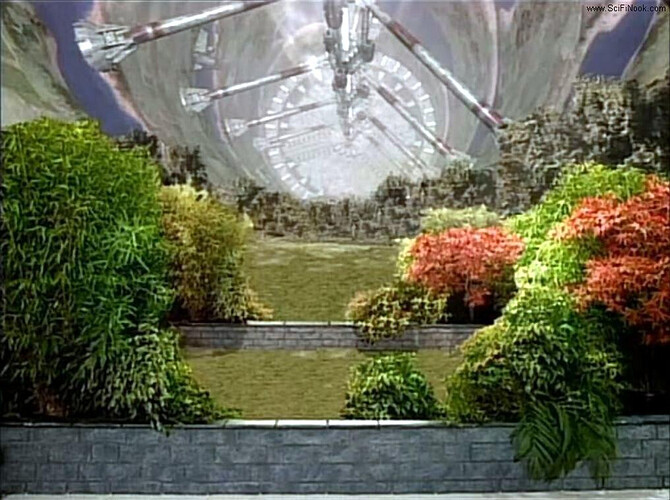 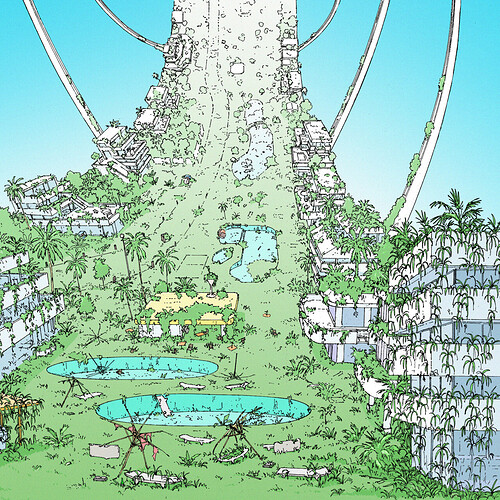 Get the Habitat Ship Guiding Light back to Ariel? Or to Faros?

Bad News: The ship is not meant to move quickly. It prolly won’t get out of the way fo the solar flare. Also the controls are sabotaged.

They … did it themselves? The sabotage? Bleys is aghast.

Good News: We have plenty of time for … Information. 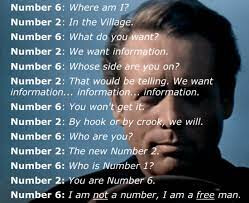 Earl: Not much success until we know what the spooks are going to do. But … maybe they are wanting to merge with the Sun.
Bleys: Wow, getting closer to God, wow. But, also, they might not want to be absorbed/destroyed.
Nails: We also have folk in pods and folk out of pods.

Gates close.
Everyone panics
Lose comms with the other stations (!) and the planet.
Captain says we wait.
Months.
Desperation.
Science Lab 8 … Let’s combo research on Gate comms with DNA samples!
Hilarity ensues.
Good News: They can open a Portal!
Bad News: Only one thing can travel through the Portal … information/energy.
Trying to make it work caused lots of … accidents. 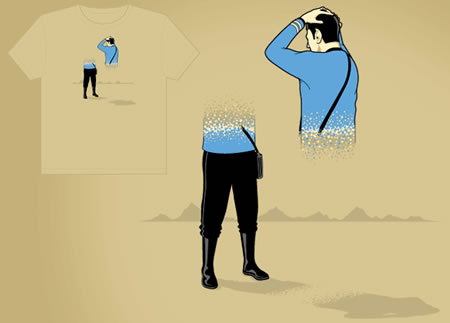 So … civil war. Sabotage. Booby traps from both sides.
Last entries on the captain’s side. No opposible thumbs.
Oh, and the energy beings can possess people.
They were trying to prevent that in Containment Chamber 7.
Gate communication tech … galactic range portal … energy beams …
Extensive info on the Gates … in Science Lab 12.
Some things did get through the Portal … before it was shut down (because of the strain on the energy system, life support) … which started the fighting.
About a dozen energy beings, out of a group of 300-400 people.
Where are the bodies?

Bleys needs to go to Science Lab 7 … gate data. Plus, also, portal.
Earl: THE PORTAL IS IN THE SHIP?! 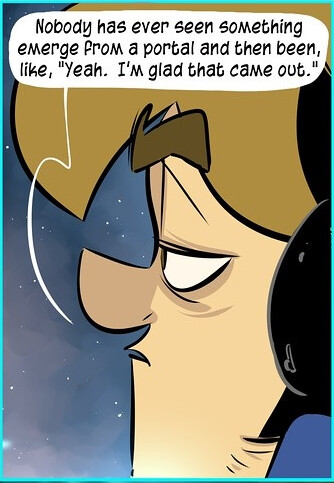 Bleys will Set a Course.
Nails will be the assist in the execution of the course. Assist with Iron ==> Strong Hit.
Safe Path +2 ==> Strong Hit

We make our way through the safe path. Darkness. Blinking light. Bulkheads that Nails goes through …

It could be sectioned off into smaller labs, but is now one large room.
Far wall: a very tiny recreation of one of the gates. 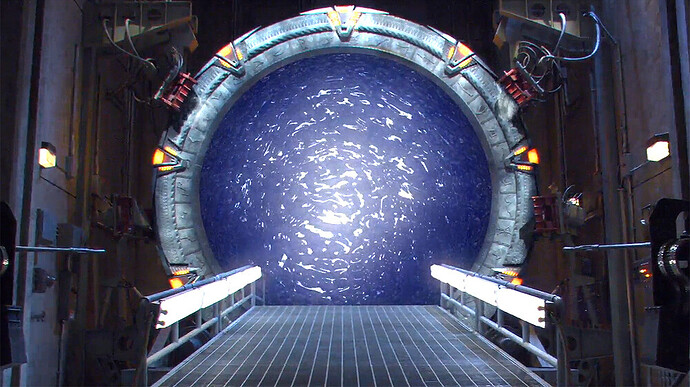 Power relay between here and main power is completely trashed.

Bleys: No moral issue (people dying) if we restore the portal.
Nails: But we need the power to move the ship.
Bleys: So … time to try to fix the power to the engines?
Nails: And we may not need the precision of the control center.
Bleys: What happened to the hundreds?
Nails: Can’t right now. Command Center, or get the data back to the shuttle. Energy field that was on the pod. Weapon? Shield? Containment?
Earl: Let’s tow. Booby traps. Ghosties. Body possession. So, let’s get back to the ship.
Bleys: They may have some insight into the universe we cannot understand.
Earl: Crazy-town.

Bleys: Fast Course ==> Strong Hit!
Expeditious route back to the shuttle. Back to the docking bay. No ghosties. The room is apparently empty. Back to the Wayfinder!

The towline will be a solution in two parts:

1 Suffer move. Impact on the Wayfinder integrity.
But safe!

Orbit it to the Astrid Gate.
Chart Course ==> Strong Hit.

Put in stable orbit at the Astrid Gate.

Odds are in our favor.

Get the ship ship-shape.
Crunch the data. Earl chats with ALGO over it. Chatting about whether the Habitat Ship is what the Wayfinder used to be.
+3 Momentum, +1
Try to get the Gate to ping us. ==> Weak Hit + Mo ==> Strong Hit.
Gate pings us! Valid ship.
Open the Gate …
FULFILL
Nails is supporting … last second patches … internal refit … ==> 10!

Bleys: Praying, even if it has no mechanical effect in the game. (Sounds like prayer, then!) 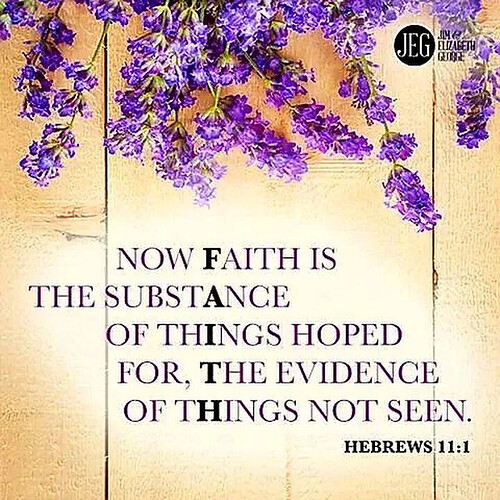 The Portal deep in the Habitat starts to spin up …

ALGO: We are getting an anomalous reading from the Guiding Light …
Earl pales.
The Portal rips out of the Guiding Light and into the Gate. Debris. The Gate flashes a weird-ass color. ALGO informs us that gravity pull of the Gate is … now pulling us. It’s less a gate than a conveyor belt …

We wanted to find out why the stars winked out?
Let’s go talk to the person who did it.

And the last thing we see is a young star, incubated in a molecular cloud … before we arrive at …? 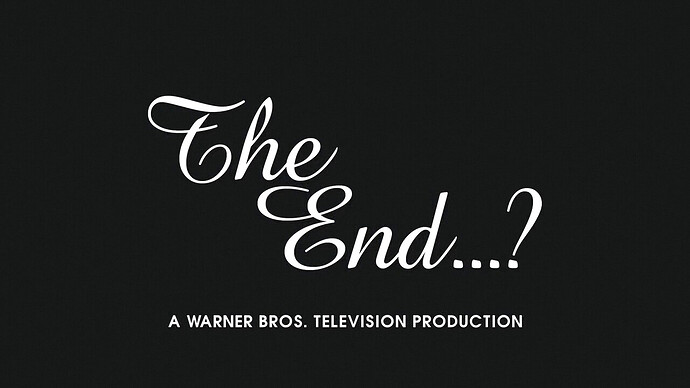 (Or maybe … the beginning?) 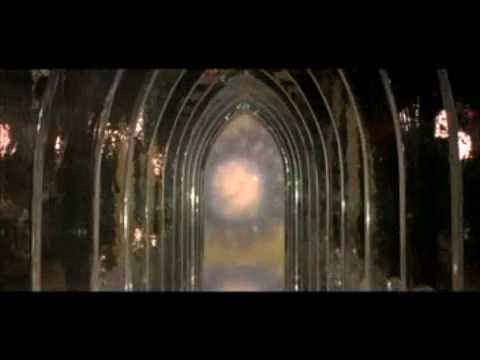 And with that, we say goodbye to Starforged. Lead to some interesting stories and fun times, but now we get to look forward to the next game. 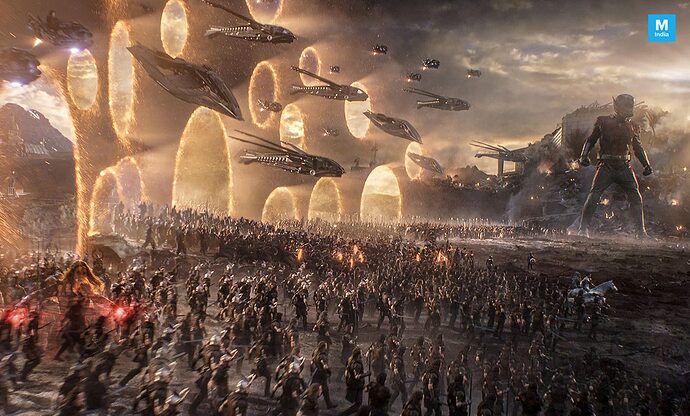 FYI, talked about the game on the Starforged Discord and Doyce apparently has a fan (Joshua is the artist for Starforged). 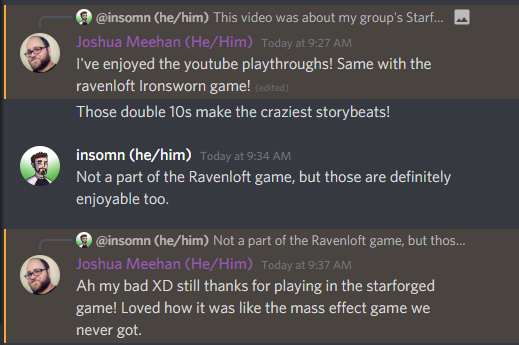 And a final look at the map. 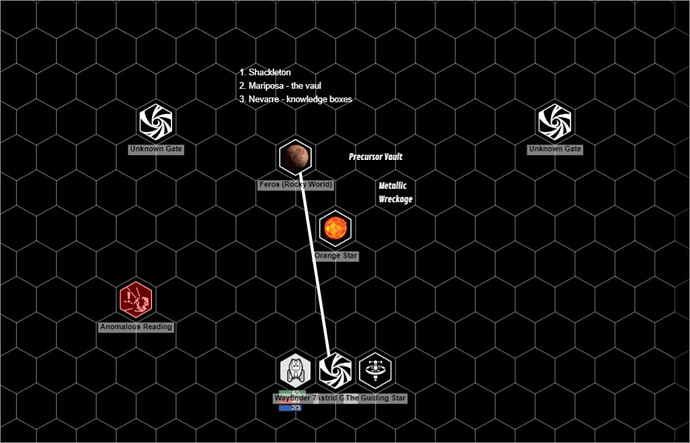 Doyce apparently has a fan

The feedback from the solo Ravenloft Ironsworn game has been some of the most active I’ve ever had on youtube. It’s been really cool.

The most recent session, I went up against the whole Catacombs level of Castle Ravenloft using the anomaly rules in Delve. I can’t WAIT for that video to go live.

there are other equally valid and productive ways to generate XP, via exploration or building relationships with contacts/bonds.

I also think these ‘xp tracks’ would be cool ported back into some ironsworn games, though it really depends on the type of fantasy game you’re doing. I laid out Ravenloft to suit the original ironsworn conceit, so exploration/discovery and building a network of contacts doesn’t come up with you’re waist deep in dank catacomb water.