Flying high above sand skimmers, doing something in some patch of territory – digging a bit?

Elijah isn’t sure what they’re doing. The critters had been locked in the room, the vault. They didn’t eat anyone … just chewed on them to death. Warmth … geothermal energy? But not native. Hmmm … “Exotic Material Examination” …

Gotta figure what these things are.

Algo: We have some information for you. Lincoln: The info is going to be in Data Block 48739. I lost touch with that 30 years ago. In the facility at Navarin. Progress!

Navarin is a bit less battered, but still has that post-apocalyptic wasteland feel. Cortex gets a proximity alert … a gun emplacement! Our passengers are kinda surprised. We’re being fired on.

Okay … set down at these coordinates.

Nails suggests we check things out to make sure the coordinates look okay.
Earl gives aid through Algo ==> Strong Hit … +1 carried (for Nails).
Nails scopes out for anything out of the usual, combat sense if folk were hiding, potential dangers. Secure an Advantage ==> Weak Hit. +1 carried.
Nails … yeah, this is a kill box between two turrets.

Park away, so not in gun range (and guns not likely to track down).
Nail - At least I didn’t chip any more paint off. Progress making things up to Cortex.

We head over … and we see people standing up on a ridge, looking down at us.
“Lot of em, boss.”

Boss is swayed, but you need to see what you’re facing.

Town built into the hillside – fortified against attack, natural disaster.

(Progress on the Make Them Talk track. )

Inside … we can see them more clearly. The guards are better dressed and armed than the folk from Mariposa. No obvious signs of malnutrition.
The leader – Carter – he looks like he’s had some crude augmentation done (no optics), neural link at base of skull to connect to controls.

Carter - Most secure place on planet.

Carter grabs a cable to hook to his neural link. “Now I can finally see you all. Well, I see you brought a contingent from the north. Been wanting to talk with them anyway.”

One wall is glass, and soon looks over a huge cavern.
Rows and rows of large cubes. Pods. And cubes. Seems to go on for a long ways. 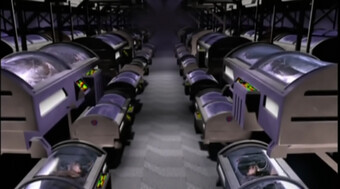 “The cryogenic pods we’ve been maintaining.”
How long?
“I’m the 30th overseer of this site. Goes back to when the disaster struck.”
(So … pop was dropped way down through freezing when the planetary shield went down.)
“We run a skeleton crew.” Cycling just a few people at a time.

Nails: What’s your long term goal?
Carter: Continuing our plan which, alas, some people have been more likely to shoot at us when we make contact. So we’re waiting them out.
Elijah: (Not meeting anyone’s gaze)
Carter: And the AI. Been told to stay away, 'cause he’s mad.

Earl - Yeah, three parts of one ship. How do we get you talking with each other.
Nails - What do you want to have happen, if you weren’t constrained by the circumstances.

Carter’s willing to hear it all out … he has people he’s supposed to unfreeze if he gets access to the control center. They have the power and control staff. Shackleton has the AI. Mariposa has the control center. And together they can get the the force shield working again, maybe.

Elijah - Yeah, Faith is the only one who can do that. I was just sent to steal as much as we could.

Critters in the desert? Earl is going to look for the data block. Bleys will accompany.

Carter is going to defreeze people. Nails will persuade, catch up stories (and keep an eye on Elijah and company).

Cortex - want to connect Lincoln in, and get power routing.

Find the terminal. Lots, more than what looking for.
Info on the skates … sample, taken from a Precursor settlement they found. Assumed it was for cleaning (what it was doing). What are they eating? Specific materials. Growth rate … maybe infinite? Silicon-based. Material … data cables, power conduits, etc. But if separated from food, will go inert.

This planet’s people’s tech is much older … fundamentally different. We can trade materials to these folk to address the situation.
And we could potentially use the skates to harvest materials (skate poop) to use for building infrastructure.

Step 1. Planetwide conference. (And someone other than Lincoln from there.)
Step 2. Get Lincoln wired up. <-- ready to go.

And get that conference up on the ship – inspirational (for a small world),

Cortex Repairing Lincoln (Wits) ==> Weak Hit. Good enough to make the repair. Come in through the terminal.
L - Oh. Wow. Very interesting. So many things now.
Cortex has already prepped Carter, given him a kill switch.

So … wireless … comms and power transfer.

Earl - Algo is currently riding shotgun with Lincoln’s connection. Draw Algo’s attention to data banks. Stuff we could use. For future Gather Infos.

“You want a human? I can’t let any of them leave.”

Lincoln is cool … picks a rep, and we head up to the ship.

L is broadcasting through. “Ooooooh, my satellite!” 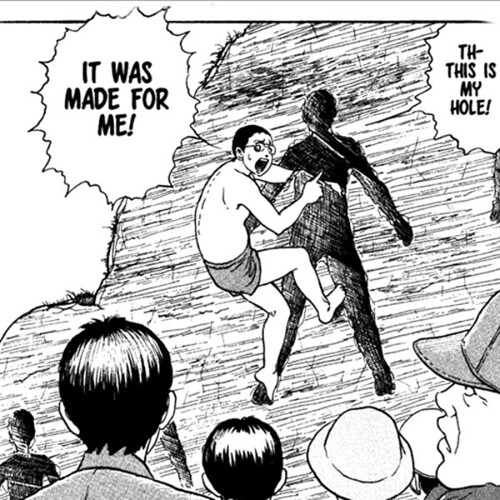 We’ve gotten them talking again. And Lincoln is hooked up to watch. Progress!

Bleys is preaching - Your people came here for a reason. Humanity … purpose. Trapped here, dying, impoverished … the moment for you to grab your freedom, to fulfill your rightful destiny, advance humanity toward its ultimate goal …

And then a Miracle [Opportunity] occurs …
Meteor heading toward the planet. The people slump. 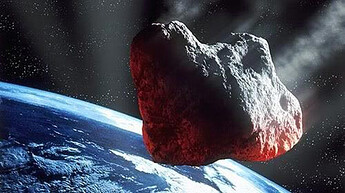 image750×420 91.3 KB
And it gets closer to the planet – the shield generator blinks on and get redirected from the planet. 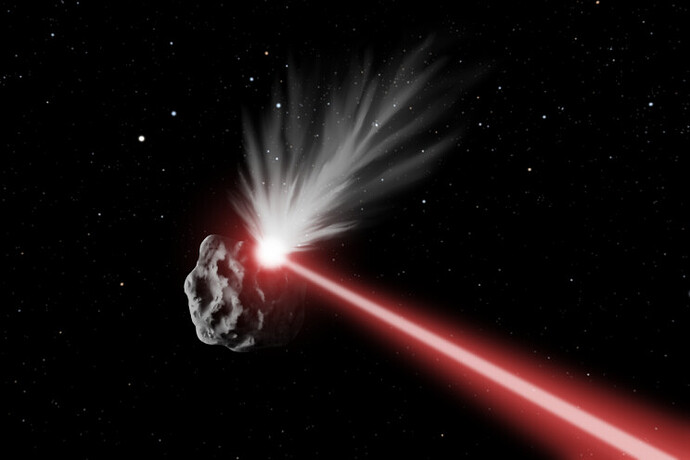 THEY ARE TALKING. A meeting of minds.
Fulfill the Vow! Bleys ==> Strong Hit! Quest progress. 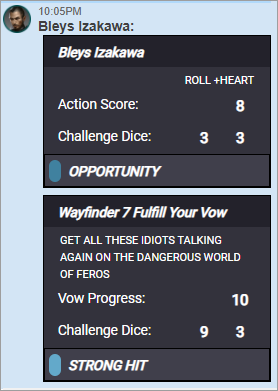 Nobody likes Lincoln, but he doesn’t care. And his rep is a Yes Man.
L indicates that he could use those spare cryopods to Make Everyone Safe.

How do we deal with Lincoln?
Planetary government. Which doesn’t exist. But the reps here are willing to vote someone to give Lincoln directives.

L’s problem is that he was given (a) too broad directives in (b) an area where he doesn’t have any skills. He’s a weather satellite.
Carter gets elected. Cortex will advise.
Basically L gets demoted to an input system, no longer working obsessively to keep his people “safe.”
His people: 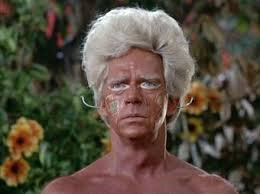 Re the Skates … set up wireless comms and power relays … and use the obsolete tech … to lure them away from the settlements for a while. Use the shuttle by bread-crumbing (Scavenger+Wits to make Skate Treats) … ==> Weak Hit … Health hit -2. Resist ==> Weak Hit, -1 Mo for +1 Health.

Figure Out the Skates ==> Strong Hit! 2 XP. (Which could be converted to an Upgrade on an Asset). 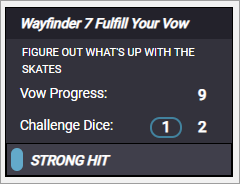 Earl … wants to do something to help Algo.

NOTE: Further reading indicated that Connections are not shipmates. They’re people with separate lives that one intersects on occasion, potentially quest with for a defined period, etc.

Hmmmm. Maybe a diplomat in the freezer who wants to head back to Astrid to get help …