The Ballad of Colin 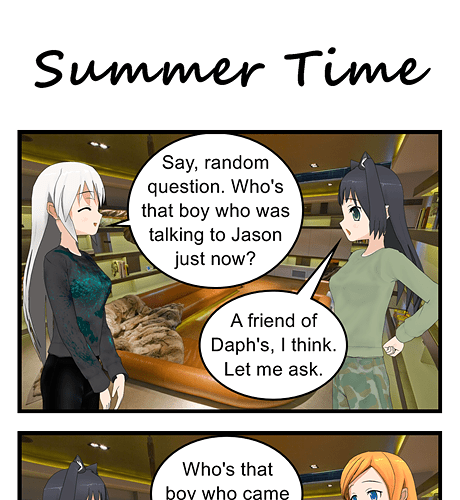 Maybe his name is uncertain because he’s a reluctantly social hanger-on. 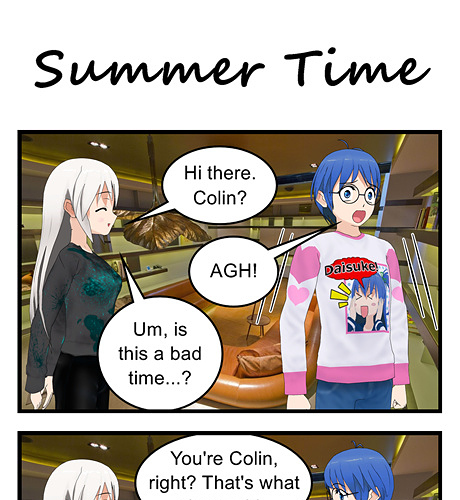 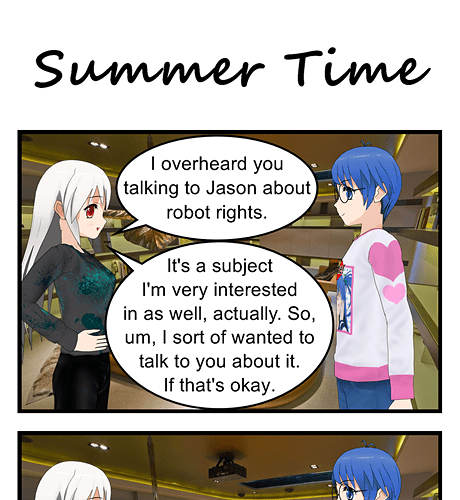 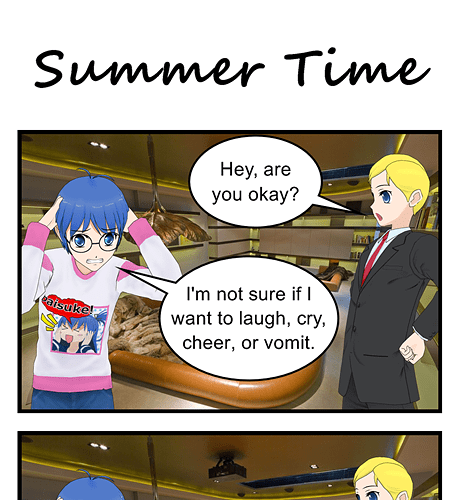 Jason assesses the situation like a boss, but he’s been there. Leo’s threats to his life paid off.

What do you think, sirs?

Love it. Especially the game of name-telephone in the first one. (I’m so bad with names.)

A special bonus comic for Alycia. 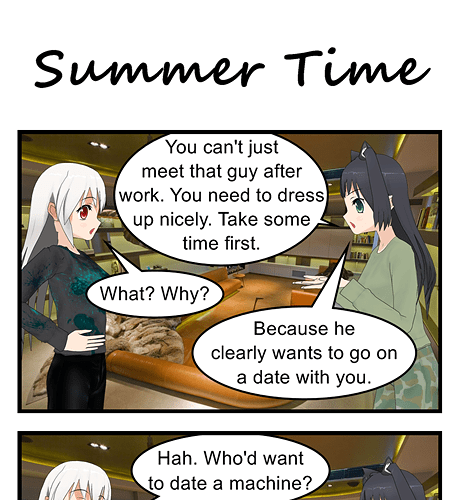 I don’t intend to do much more here (unless someone actually says “yeah I want to hear about Summer’s new friend and/or love life”), but I do want to say that Colin has a valid point, and it’s kind of a blind spot for Summer right now.

Summer, like Leo, made the unstated assumption that personhood and a human brain structure are tied together. In the real world, we’re revisiting our opinion of the personhood of great apes, cetaceans, and the like, but they still share some of our brain traits, and that’s kind of her experience.

She was pretty okay with Jason just shutting off his Travelycia and Not-Dad AIs, rather than exploring the possibility that they are people, and despite playing a word game with one. But if it’s possible to achieve consciousness in other media, as stuff like Integrated Information Theory suggests, then maybe Jason really can snap together components and a person is the result.

Colin came at it in terms of peoples’ assumptions - “it has to look like a person to be a person” - rather than the existence or absence of consciousness per se, but he’s right in that we might not question our assumptions about robots that look non-human and hence never look for consciousness at all.

There’s plenty of ways that “how you look affects whether you’re a person to us” plugs back into social justice themes, of course, and (as usual for me) robotics is a way to talk about those themes without treading on the turf of anyone real.

Definitely non-canon, but I wonder if Summer would troll Alycia like this. 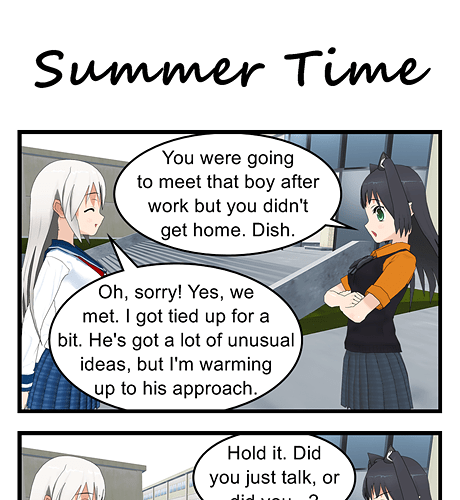 I wonder if Summer would troll Alycia like this.

I can so see that scene happening, but Alycia would never be sure if Summer was actually trolling her or was just being that ingenuous. 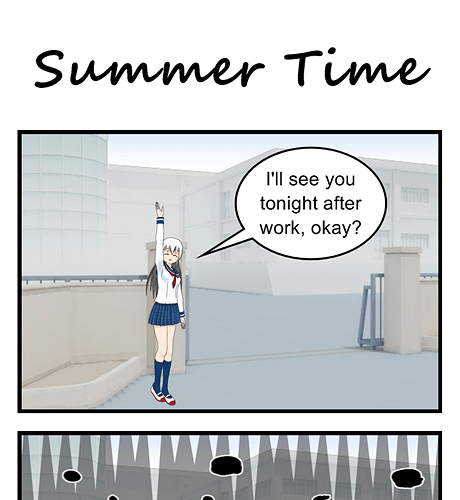 I think @Margie was a bit alarmed by how LOLling that was for me.

Well nobody said “hey write more” but just in case @insomn14 or @Dave or anyone else feels like it anyway. Would people like to see…

I want it all. Well, esp. Summer/Alycia shenanigans, though I don’t have any brilliant ideas for them at the moment.

don’t have any brilliant ideas for them